Author, theme, reviews… what to know about the book Baba Ijesha brought to court

Baba Ijesha, the embattled Nigerian actor, was spotted with a book on surviving perilous times when he appeared at the magistrate court in Yaba, Lagos state on Wednesday.

The circumstances surrounding the actor immediately piqued the interest of those who saw him and expectedly, it didn’t take long before the matter became the subject of discussion on social media platforms.

The 48-year-old movie star has been facing a legal battle ever since he was arrested by the Lagos state police for allegedly assaulting a minor sexually.

What’s the book all about?

The book seen with Baba Ijesha at the court is titled ‘How to Thrive in Perilous Times: Living Beyond the World System,’ by Happy Caldwell.

In the 96-page book, Caldwell examines how those who know God can navigate through difficult moments referred to in the project as “perilous times” by having strong faith.

The author also said that by holding unto God, Christians can weather the storms of several barriers posed by the inherent “faulty world system” and come out successful.

In a short description of the book on Amazon, Caldwell wrote: “Scripture says that perilous times will come, but we are not to be troubled by them.

“Author and pastor, Happy Caldwell reveals how to live in victory regardless of circumstances or what the news reports are saying — by knowing God’s promises of provision and protection and releasing your faith to receive.

“Those who know the Lord and learn to follow after the peace in their heart can avoid trouble. By faith, you can rise above the faulty world system and prosper with the favor of God.”

He also used the book’s thematic underpinning as a topic for his teachings in churches.

Released in 2009 and published by Harrison House, the book is available for purchase digitally on various platforms including Amazon and Christian Book. 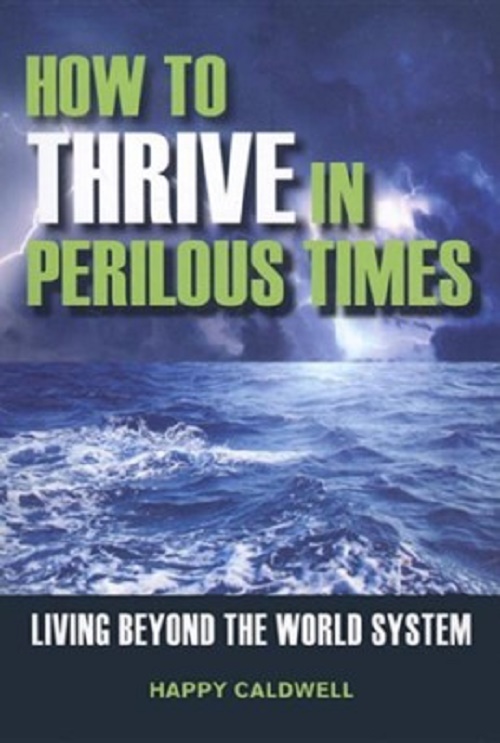 Caldwell is the founder and pastor of Agape Church in Little Rock, Arkansas in the United States. He is also the founder and president of VTN (Victory Television Network) with a four-state outreach.

“In 1979 the Lord spoke to him to build a spiritual production center to deliver the Gospel throughout the city, state, nation, and world. Today, Pastor Caldwell travels worldwide preaching the Word of God with a simplicity that brings a revelation of the character of God to those who hear,” a note about him on Amazon read.

“He is also a successful author, and together with his wife, Jeanne, has recorded several gospel music albums. Pastor Caldwell has an honorary Doctor of divinity degree from Oral Roberts University and is a recipient of the Peter J. Daniel’s Achievement Award.”

In the literary landscape, reviews are essential as they determine the acceptability of a particular book and serve as the lens through which the author can measure his overall expertise in writing.

While there are currently not many reviews done on the book by users so far, the few available ones were majorly positive.

In 2017 for instance, a reviewer who had purchased the book described the author’s advice in the literary work as “priceless.”

“Good to read, good to feed, good to live! Clear directive guidance worth reminding ourselves of habitually,” the reviewer had written on Amazon.

Toke Makinwa: I’ll never split the bill for a date I’m invited to

Not all beauty queens are superficial, says Ezinne Akudo

Our culture is termed barbaric by the western world, says Ara

Basketmouth: Why people should keep private issues away from internet