Prince Kpokpogri, the ex-lover to Tonto Dikeh, has alleged that heavy drinking and smoking by the actress caused their breakup.

The politician and Dikeh have been at loggerheads on social media after their relationship turned sour.

They had both accused each other of cheating, with a series of leaked audios surfacing online to back their claims.

Tonto Dikeh had earlier filed a petition where she detailed her allegations against the politician while rumours surfaced that Kpokpogri was arrested by the Department of State Services (DSS) over the controversy — but he denied it.

On Thursday, Dikeh had also called out Kpokpogri over allegations of extortion, blackmail, and recording of intimate moments with the women he has dated.

She said she chose to end her relationship with the politician over the allegations.

In his reaction to Dikeh’s claims, Kpokpogri alleged that he called it quits with the actress due to her smoking and drinking habits. 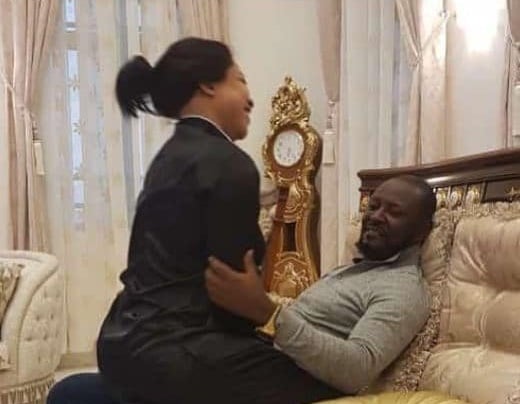 “Knowing you was pleasurable. It will be a disservice to the institution called love if I say it was a regret knowing you as it wasn’t.  Did I love you? Absolutely yes. In your weaknesses and vulnerability, I still loved you,” he wrote.

“I gave you the chance to be yourself irrespective of the negative impression I was given about you.

“Despite warnings by political and corporate friends to be careful while dating you, I opened up my heart to you.

“Apart from love and care expected of you as a lover, you had nothing to give me. You gave me a refurbished Hilux on my birthday without a single car paper, not even the custom paper or receipts showing it was bought.

“I returned it back to you. It took the intervention of your friend and my friend for me to grudgingly take it back.

“Countless times, I complained to our mutual friends of how tired I was due to your heavy smoking and drinking. I made it clear I was going to walk away if it continued yet you never stopped or made effort.”

Kpokpogri added that he had ended the relationship long before a leaked voice note she spoke of was released.

He alleged that Dikeh conspired with bloggers who already reached out to her for the leaked audio before their eventual breakup.

“I’m ready to foot the NDLEA cost to test if you never abused hard smoking and heavy drinking. If found to be false, I will waive my right to trial for one year. This was what broke us up and not an aftermath voice note,” he said.

Betty Irabor: If your passion will affect your health, it’s time to let it go