The Spy Who Dumped Me, The Island… 10 movies you should see this weekend

Synopsis: Audrey and Morgan are best friends who unwittingly become entangled in an international conspiracy when one of the women discovers the boyfriend who dumped her was actually a spy.

Synopsis: After escaping an attack by what he claims was a 70-foot shark, Jonas Taylor must confront his fears to save those trapped in a sunken submersible.

Synopsis: “Moms at War” is about two mothers who live in the same neighbourhood, but hated each other.
One felt that the other was a village girl who just got into money and is not fit to be in society with them. But both their kids coincidentally attend the same school and there was a competition that was done for the kids, and both were the top of their class.

Synopsis: An elite American intelligence officer, aided by a top-secret tactical command unit, tries to smuggle a mysterious police officer with sensitive information out of the country.

Synopsis: After four years of graduate studies in the USA, a young man returns to Nigeria with brilliant entrepreneurial ideas and hopes for a magical future with his fiancee. But when his bright ideas encounter the realities of Nigeria’s broken system and his relationship with his fiancée is challenged by a friendship betrayed, life begins to spin out of control. He must think clearly and act quickly or loose it all.

Synopsis: The movie follows the life of a young hard working lady, Bisola, who is engrossed in her passion for her career and finds herself in a seemingly unending quest for love.
Her father, Mr Gomez, comes to the rescue. Inspired by the game of chess, he sets Bisola up for 10 different dates to which he hopes one of them yields a positive result.

Synopsis: Enclosed in the cube queue of a military intelligence unit, Hamza, a colonel in the army intercepts a conversation between an unknown terrorist and an agent transacting a business deal on weapons sale.
Triggered by an overwhelming excitement and eagerness to get the Intel to his commanding officer, Hamza makes the most shocking and terrifying discovery of his life.

Synopsis: Ethan Hunt and the IMF team join forces with CIA assassin August Walker to prevent a disaster of epic proportions. Arms dealer John Lark and a group of terrorists known as the Apostles plan to use three plutonium cores for a simultaneous nuclear attack on the Vatican, Jerusalem and Mecca, Saudi Arabia. When the weapons go missing, Ethan and his crew find themselves in a desperate race against time to prevent them from falling into the wrong hands. 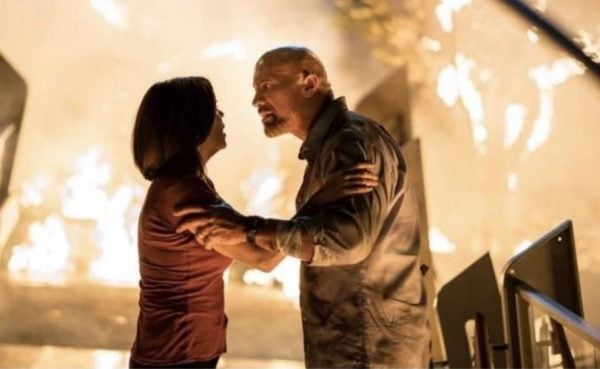 Over 280,000 sign petition against Paris Jackson’s portrayal as lesbian Jesus