SPOTLIGHT: Meet Sope Aluko, the Nigerian in ‘Black Panther’ who ditched the corporate world for acting

There is a Nigerian in Marvel franchise, ‘Black Panther’, and her name is Sope Aluko.  The actress — who speaks four languages — is a citizen of the US and UK.

While in the UK, Aluko attended drama classes at the London Academy of Music and Dramatic Arts. She then extended her study to dance and had the privilege of performing the South African “Ipi Tombi” dance at the National Theater in Nigeria.

Since venturing into acting, Aluko has been active in Hollywood. She has had recurring roles on Netflix’s ‘Bloodline’, NBC’s ‘Law & Order SVU’ and ‘Parks & Recreation’.

Her film credits include supporting roles in feature films like ‘Identity Thief’, ‘Pitch Perfect 2′, ’96 Minutes’, ‘Grass Stains’, ‘The Good Lie’ and many more.

In this spotlight interview, Aluko speaks to TheCable Lifestyle about the anticipated ‘Black Panther’, her globetrotting childhood, joys of acting and being a cool mom. 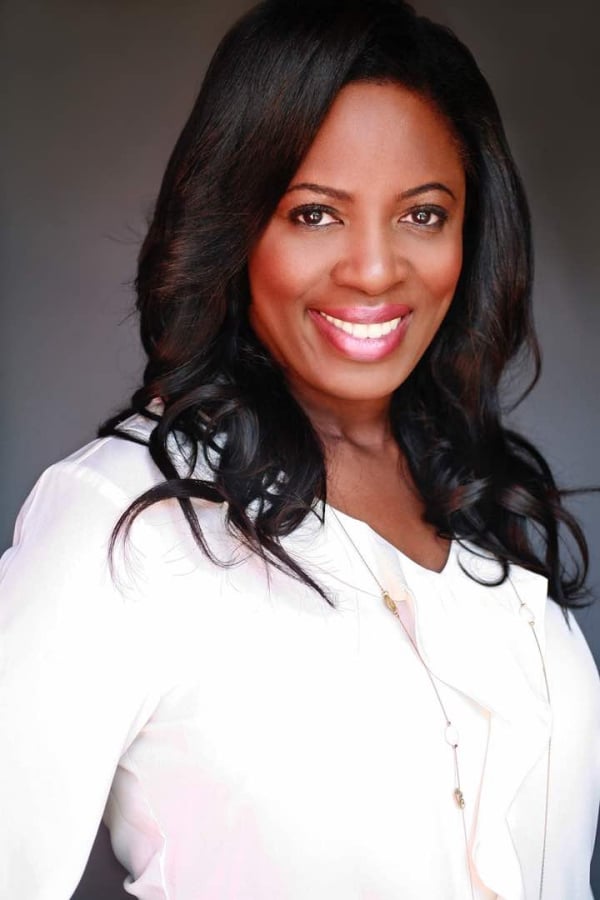 You had quite a globe-trotting childhood. What was that experience like for you?

I’ve had the privilege of travelling around the world and that was because I was a daughter of a diplomat. My father was the ambassador representing Nigeria and we were stationed in countries like Trinidad and Tobago, Indonesia, Tanzania and Switzerland.

My father actually spoke more than eight languages and one of the things he imparted to us his daughters was to the best way to really embrace a culture and our new environment is to try and learn their language.

And so I did my best to do that and I enjoy doing that. I enjoy picking up whatever form of greeting it is in any language because I just think you honour people by doing that.

Did you always want to be an actress?

I’ve always wanted to be an actor as with every other child. Schooling in England in boarding school, I approached my parents about being an actor and they obviously responded by saying that; “we didn’t spend all this money on your education for you to be an actor”.

They didn’t feel [it] was something that I could make a living from. And being one of four daughters, they obviously wanted the best for me. So I moved on ahead and did engineering. I didn’t want to be a doctor because that was their initial choice. But I used my knack for the sciences and mathematics, chemistry and physics, etc, to pursue a career in engineering and I did a four-year university course.

Then the second to the last year of my course, I had to spend time in different departments including finance and marketing. I realised at the time I was in the marketing department, that I really loved it and I guess that was a way of expressing my creativity. Knowing that now, of course.

And that was what led me to finish my engineering and then pursue marketing as a master’s degree. Then I went on to work in brand marketing. I was always in that creative space and always wanted to be an actor. But not being able to do that, I found the next best thing for me was to go and pursue a career in marketing. 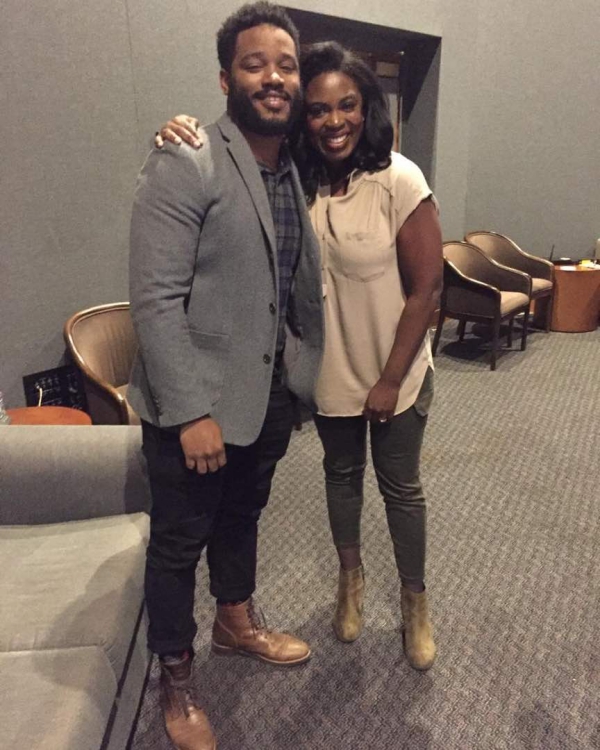 When exactly did you know it was acting and not engineering or marketing?

I decidedly wanted to be an actor full time and so I gave up my career in corporate marketing about eight years ago and decided to pursue it [acting] full time. I basically said to myself, “if I don’t make this decision now, I’d never know whether I’m good at it”.

So I’ve systematically worked very hard in training specifically for TV and film because I have theatre experience from the U.K.

You have been around Hollywood for some time with supporting leads in major flicks. What was it like filming and featuring in all those movies?

So I did all the jobs and worked hard. Nothing came to me easy at all; from getting an agent and headshots. I put the time and effort in and I’m still grinding because it’s a hustle obviously.

How did you land a role in the Black Panther movie?

As a Nigerian, to be able to have a role in this movie, ‘Black Panther’, was a dream come true. One of the things I did is I have a vision board and I put on there very clearly that I wanted to work on something that honoured my heritage as a Nigerian.

Coupled with the fact that I wanted to work with certain directors and producers, one of which is Ryan Coogler. Everything aligned perfectly, I’m a Christian, I prayed on it and it manifested itself in ‘Black Panther’. I’m really happy and very grateful and blessed that that was the case. 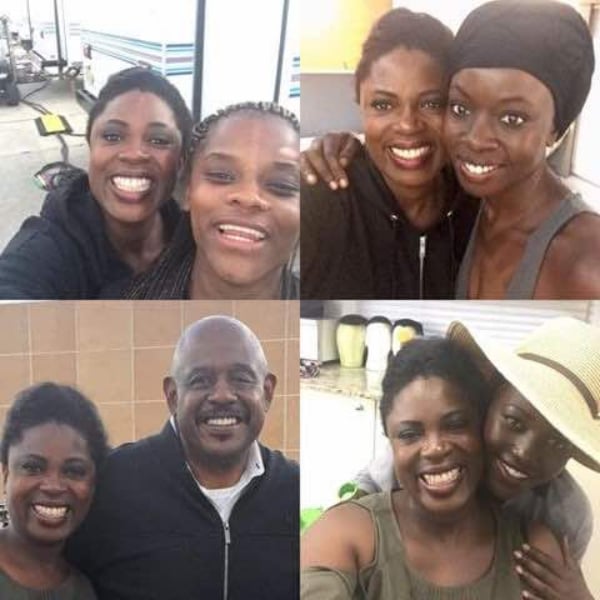 I can’t say too much about my role because I signed a non-disclosure agreement with Marvel. But I do play the role of the ‘Shaman’. What I can say is I am very closely aligned to the character that is played by Forest Whittaker who is the King Shaman. The role is called ‘Zuri’ for him. You’d have to wait to see in theatres how that all works out.

Hopefully, there’s a possibility of me coming back again for ‘Black Panther 2’. So I need my Nigerian men and women to support me in that hope.

The movie is perceived to have a strong political tone. What do you think about what it represents?

The timing of the movie is just perfect. I always believe that is just God’s timing. When we filmed it we felt it was something special. To me, this is the first time that an entire production – producers, directors, everybody – really want to honour Africa. In a good way. I’ve never seen that before in Hollywood.

As you know the political situation here in America with the government and the comments that have been made about Africa being a “shithole” continent.

To me, that is not the case. Africa is a continent full of culture, strength, character, mineral resources, etc. and it is so varied. The people are just magnificent and you’re going to see a sample of that when you come and see ‘Black Panther’. And that to me is the best form of rethought to whatever negativity is being thrown our way. 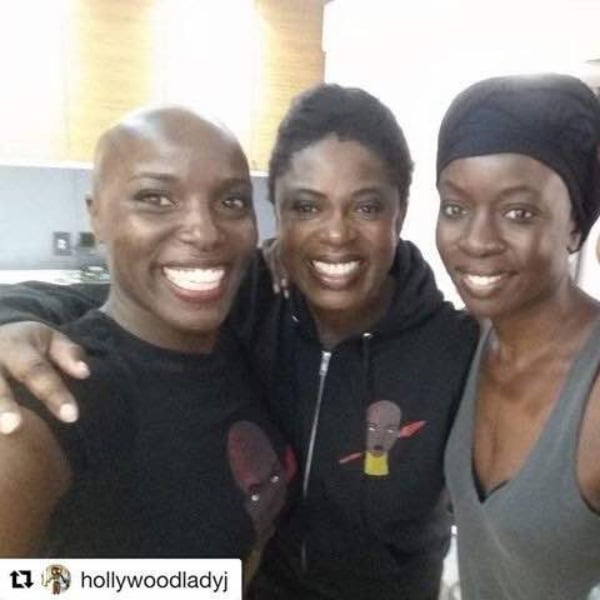 There are many strong female characters in the movie. That must be remarkable?

Yes, the movie had a number of strong female characters, both in front and behind the camera. And I just love that, I love the director Ryan Coogler. Basically, when he took on this project, he said to Marvel: “I want to bring in my team, I don’t want the Marvel team”.

So one of the people you’re going to see as such a big force is his cinematographer, Rachel Morrison, who’s been nominated for an Oscar for her work in ‘Mudbound’. This is a super-talented woman. I remember saying to her on set before she blew up, “you have this glow around you, you’re magnificent”.

There’s also Ruth E. Carter, who is an award-winning costume designer and Oscar nominee. Phenomenal woman. And let me just say she tied my gele (headgear) every single day on set and I was on set for five weeks. This is the head of a costume department that took the time to tie my gele personally. So I had immense favour. I kept saying, “you’re tying my crown”. Every day, we joked about it.

And then the first aider is customarily always a male, but it was a woman this time. And it just spills on to the movie.

The Dora Milajes are strong female characters. The person in charge -Danai Gurira- who plays the commander; she is a strong character. Lupita Nyong’o, Angela Bassette’s character, etc. Letitia Wright, the sister who develops all the technology.

What was it like playing alongside a star-studded cast?

I didn’t even feel it, to be honest with you. We all got along so beautifully, it was so warm and familiar. The relationships I’ve built over there I will always have forever, I know that. And it was so nice to see them all at the premiere after we hadn’t seen each other since we wrapped. 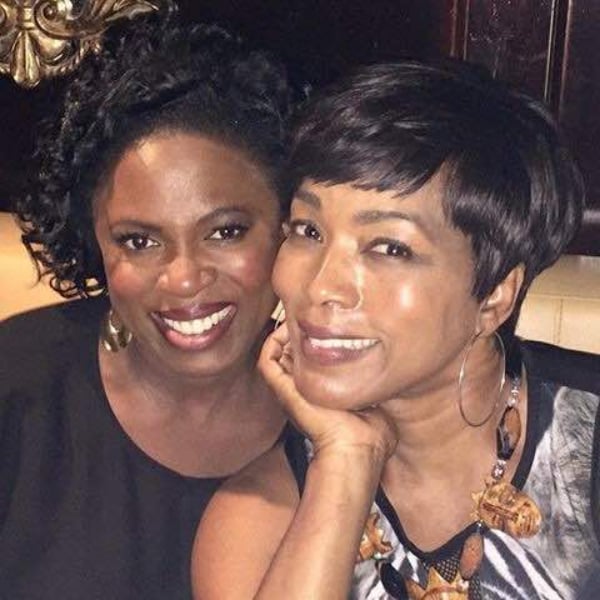 How does it feel being a part of a Marvel franchise?

Love it. So excited that Marvel has added me onto their franchise. It’s a major achievement for me and I’m very glad.

This project not only honours our African heritage, it also honours the fact that they can see they are kings and queens in Africa. They have a heritage to be proud of and they brag it to all their friends that their mom gets to work in a Marvel movie.

I obviously use that a lot to make sure that they get their homework done.

What is the next Marvel flick you’d be featuring in?

I am signed on to do another Marvel flick and I can’t mention anything as you can imagine. I signed an NDA so you have to wait and see when the announcement officially comes out.

Again, I’m so grateful to be a part of the Marvel family.