Gudu, the only local government area without senior secondary school in Nigeria, is finally set to have one.

Aminu Waziri Tambuwal, Sokoto state governor, at the weekend laid the foundation for the construction of a new secondary school in Balle, headquarters of Gudu local government.

The event was attended by development partners, religious and traditional rulers from within and outside Sokoto.

Tambuwal said that his administration embarked on the project as the area had remained the only one out of the 23 local governments of the state without a senior secondary school. 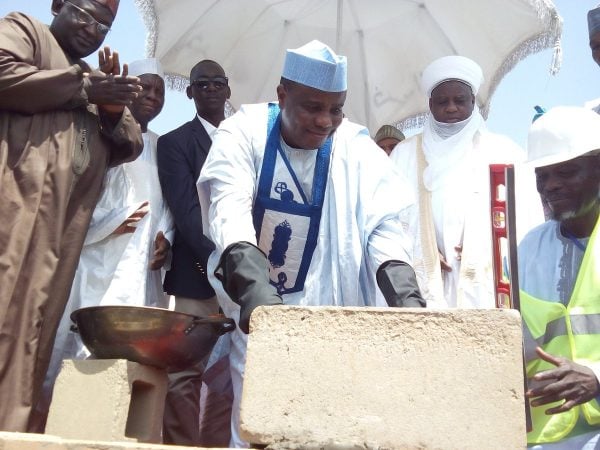 “The school will be a co-educational one, both for boys and girls. We have decided to make it a unity school and will attract students from all parts of Nigeria and neighbouring Niger republic. Students of the school would be taught in both English and French.”

Tambuwal further revealed that the contractor had been paid the required thirty per cent as mobilisation fee while noting that the project would be completed in the next four months.

The governor also promised to make funds available for the completion of the project on schedule, and according to specifications.