The film star took to Instagram on Friday to break the news while sharing photos of the wedding with her partner at the Ikoyi registry.

The lovebirds were said to have met in 2019 and started dating shortly after the encounter.

Yetunde came into the spotlight for her role as Miss Pepeiye in ‘Papa Ajasco’, a popular Nigerian family television sitcom, created by Wale Adenuga in 1996.

The 30-year-old actress has continued to pull the strings since then and has featured in several movies.

Before her foray into the movie landscape, Yetunde had an impressive career as a model who won several awards and recognition including the Most Beautiful Girl in Abuja pageant in 2019.

Olayinka, on the other hand, plays as a forward for Slavia Prague in the Fortuna Liga, a Czech professional league for football clubs.

He also had a brief stint with the Super Eagles of Nigeria.

TheCable Lifestyle had earlier reported how the couple held their traditional wedding in March. 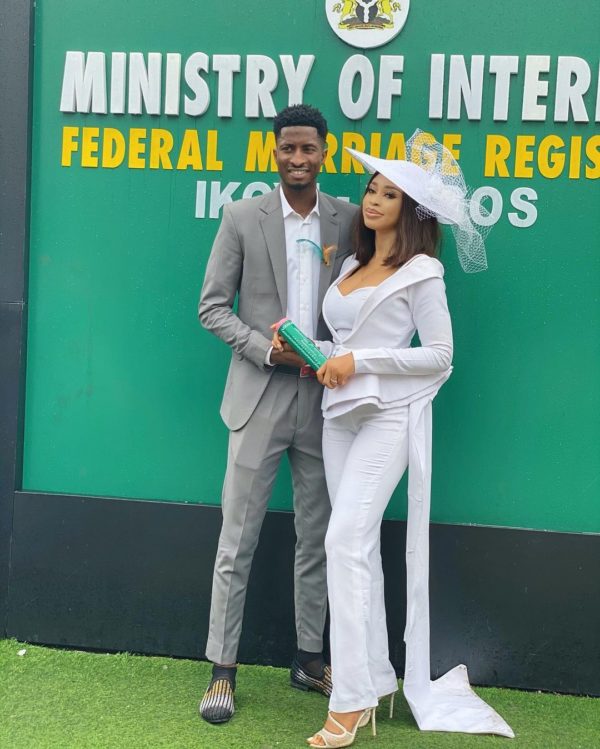 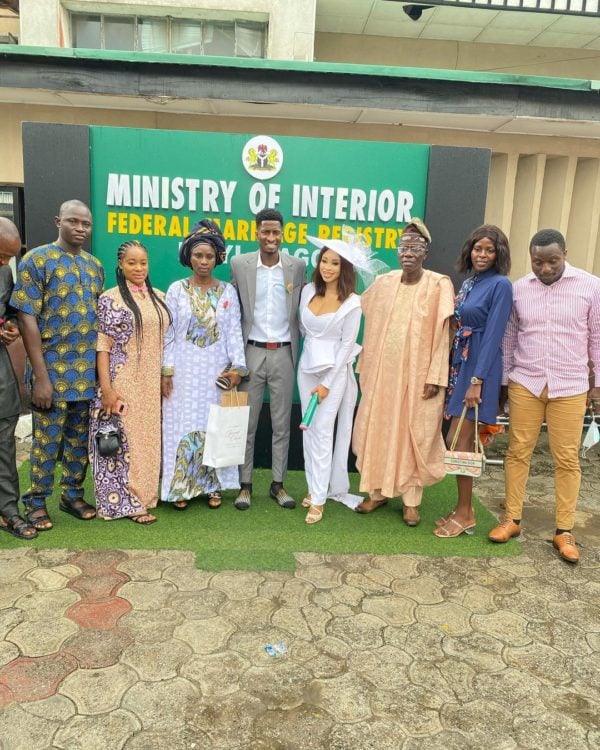 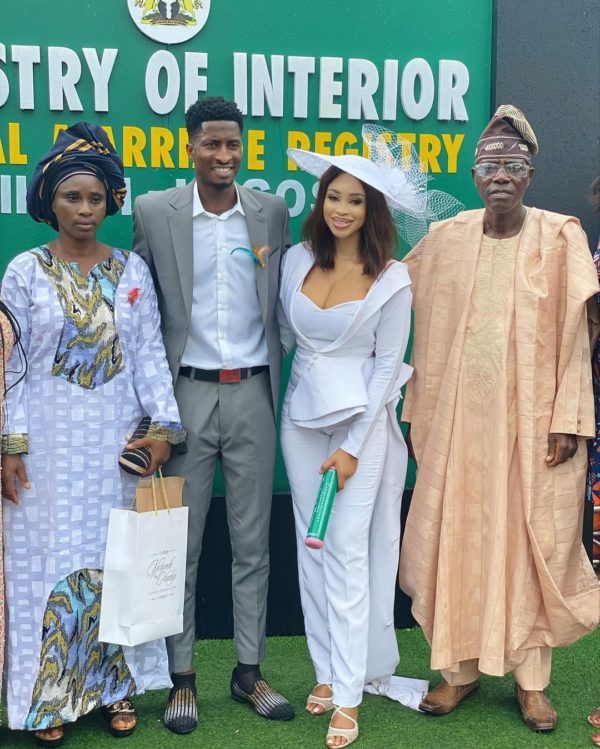