The 24-year-old entertainer was buried amid tears at her husband’s village in Umuakum Ejemewuru, Oguta LGA of Imo state on Friday.

TheCable Lifestyle had reported how she breathed her last at an Abuja-based hospital where she was receiving treatment in April.

Her death had elicited mixed reactions, especially because it came in the wake of a face-off involving her, Rita Edochie, and Odumeje, a controversial Onitsha-based clergyman.

Ada Jesus had last year accused Edochie of conniving with Odumeje to stage fake miracles — a development which prompted the pair to curse her for tarnishing their names.

At the burial ceremony, family members and friends were seen crying as they gathered to pay their last respects to the late entertainer.

In one of the videos from the event, some of them were seen carrying the deceased’s pictures while her body was leaving the mortuary for interment.

Nnadi Kingsley, the deceased’s husband, had earlier said he never expected his wife would die following the assurances he got from the doctor and a pastor who prayed for her recovery.

“I had so much hope that she would live and the doctors also raised our hopes as a family,” he had said.

Below are photos from her burial: 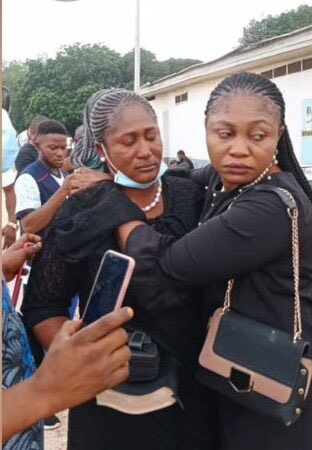 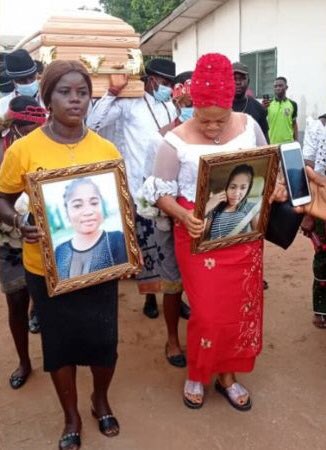 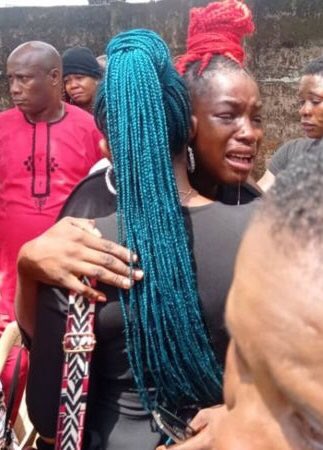 We were more than soulmates, Diddy pays tribute to Kim Porter

VIDEO: Davido buys drink for Chioma on her 27th birthday