Nollywood filmmaker Mildred Okwo has spoken extensively for the first time, with TheCable Lifestyle’s STEPHEN KENECHUKWU, about the premature removal of ‘La Femme Anjola’ (LFA), her latest movie, from some cinemas owned by Filmhouse, a movie exhibition and production company.

Last week, cinemagoers observed that the crime drama was no longer up for viewing at some Filmhouse outlets, prompting grumblings and inquiries on Twitter. Okwo’s subsequent confirmation of the development elicited a wave of reactions from fans who were hoping to see the movie during the Easter holiday.

In this interview with TheCable Lifestyle, Okwo explained that LFA was pulled out of cinemas in “western states” except Surulere, Port Harcourt, and the Landmark location in Lekki, Lagos. She also talked about the “unfair” advantage enjoyed by cinema owners who also happen to own movie production companies.

‘WHY WOULD THEY REMOVE A NEW MOVIE?’

Okwo said she was prepared for any possible eventuality ahead of La Femme Anjola’s release, and that going by the latest development, she will find other ways to market the project and ensure it is profitable.

She said plans are underway for the film to tap into online distribution channels towards maximising viewership and recouping the monies lost due to the cinema removal.

“People had started reacting, asking why they would remove a film that was that new,” she explained.

“I explained that it’s their cinema. They do with it whatever they wish. Once I responded, it was obvious that people had been waiting. In my opinion, Filmhouse has some reputational issues. They’ve probably been doing this for a while.

“All films are different. Mine is for a certain kind of people. I always knew before going to the cinema that many of those who would like my film aren’t coming out due to the pandemic. I knew I’d have to tap into online platforms.

“I also knew that it would demand serious word of mouth. If they wanted to remove it during Easter, that’s fine. It’s their prerogative. They have a new film; the government let them do that.” 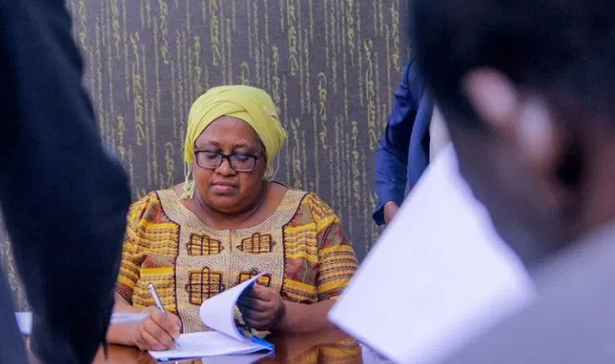 HOW FILMHOUSE ‘YANKED OFF MY MOVIE’ AMID 2015 CINEMA PEAK

The director recounted her ordeal with Filmhouse in 2015, at which time she said her movie ‘Surulere’ was removed when it ranked no 1 among Nollywood debuts and no 2 overall.

“Let me just say that this is not the first time. I had released a film called ‘Surulere’ in 2015. I tried to get them to distribute it but they didn’t respond. I went to Silverbird but they told Silverbird they weren’t taking it,” she said.

“They said they would take it everywhere but Surulere. It was obvious what they were trying to do, considering the title. Two days before release, they decided to take it. You know what that does to a film. I reached out to the MD.

“That was Kene Mkparu then. He said I shaded them on Twitter. I was shocked. This was someone I knew growing up in Enugu. I tweet about the industry. I asked what tweet that was. Couldn’t he have brought it to my attention?

“They put it out that week and there was a huge response. We were still number 1 in Nollywood, being that it just came out. But they yanked it off. It was obvious that this was beyond any business consideration. I left it.

“It had been a bitter case I ignored. Kene is no longer working there. I didn’t think it would be an issue subsequently.” 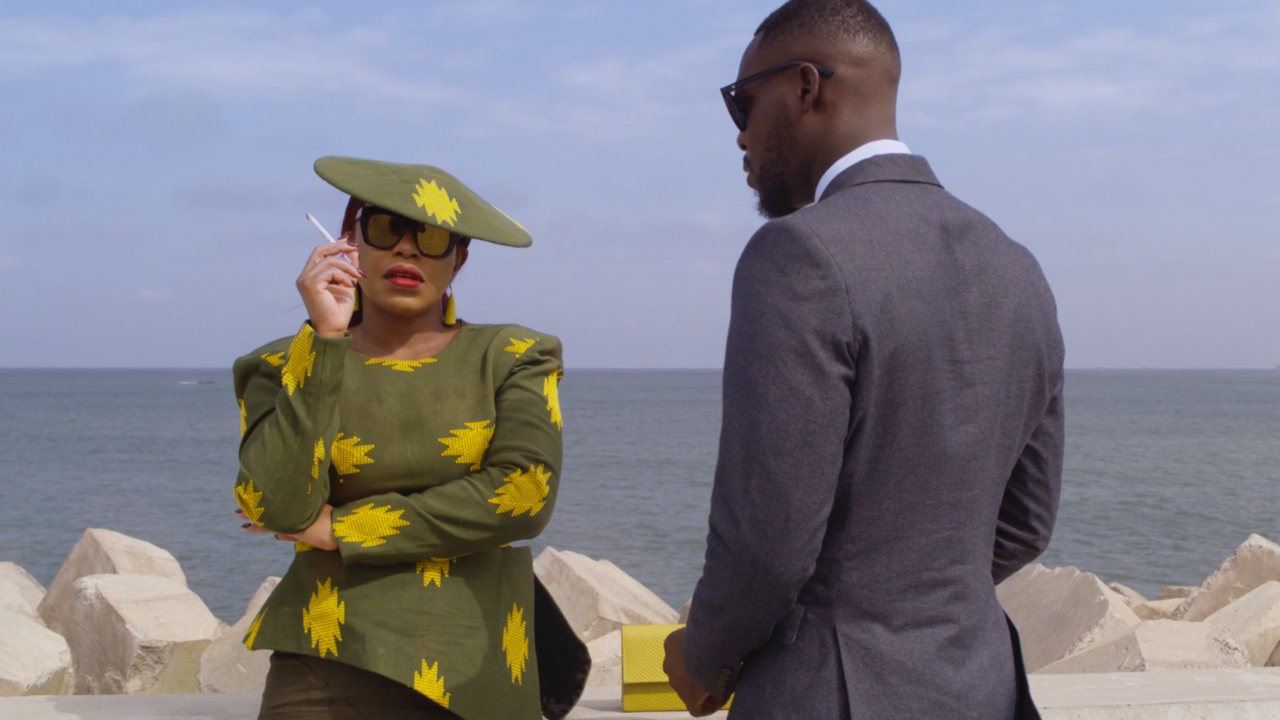 Okwo said a cinemagoer had claimed that ‘Prophetess’, the Filmhouse-owned comedy-thriller, was showing with up to seven slots in one cinema — despite the removal of her movie.

Okwo decried the transparency and accountability challenges in cases where production companies have to distribute their own film.

“I don’t think the government should let a company that makes film also distribute and exhibit. You can do both if the government allows it but there must be a way of ensuring there is fair play for all. It must be regulated,” she said.

“When you open a business in Nigeria, it’s a government privilege. They’re supposed to make sure unfair deals that negatively affect the citizens are not struck. For our industry to grow, there has to be some sort of transparency.

“If Filmhouse has a movie coming, they must give others a chance. Our government and other distributors are the ones letting them get away with it. I couldn’t have reached out to them myself. That’s the job of my distributor.

“That’s what is going on in the industry; it’s not transparent. I’ve no issue with Filmhouse. They’re doing business. One of the viewers was complaining, asking why they would give the film seven slots without leaving them a chance to see other films. Your consumers are also complaining.

“Not all of us want comedy. It’s not an issue if you want to remove LFA but don’t tell me it’s because my film is not doing well. For a fair competition, you need to make sure there are other films.” 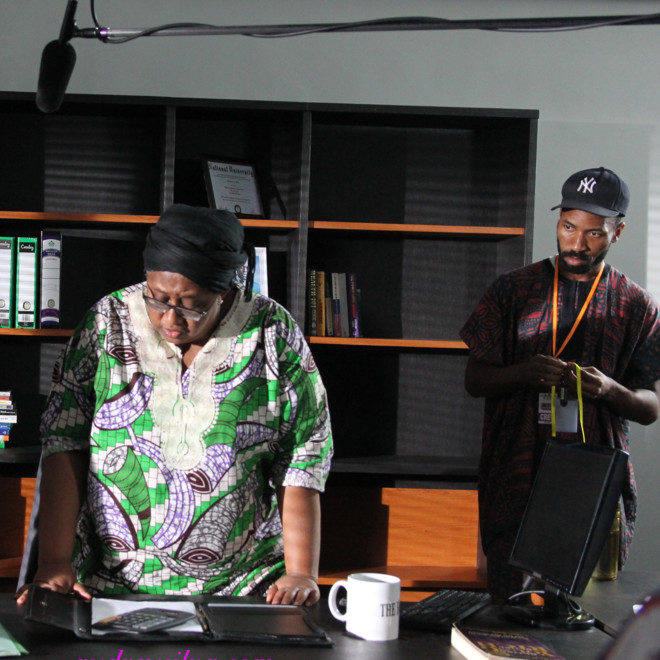 Okwo called for a system of checks and balances in cinema exhibitions. She blamed the lack of strong regulations, as well as the distribution companies which she claimed allowed Filmhouse to “muscle them around”.

“LFA is still showing in other cinemas, although it’s not making as much. I’ll recoup in other ways. I had the option of just going directly online. We have lots of people in the diaspora who want to see the movie,” she said.

“Making a film is not about making all your money at once. You need to find your audience where they are.

“Silverbird Distribution is an ancillary of the Silverbird Cinema. If the cinema looked and sees that their film has been yanked off, which used to happen before, they never used to let Filmhouse muscle him around.

“If you remove my film, I remove yours. Is that not leverage?  But because Silverbird has no stake in my film, they won’t make that move because all they want is to make their money.

“In such cases, they might go all out to protect their own interest. That’s what the law lets them do. I’m getting ready for an online release. I don’t want to discuss a platform that gave us an offer but I’m exploring all options.

“We have our own platform that will be ready in two weeks. We’re putting it together. We’ll start publicising soon.”

When contacted about the issue, Filmhouse told TheCable Lifestyle that the persons authorised to speak on it are not “available at the moment”.

LFA, which stars Rita Dominic and Femi Jacobs, follows the story of Dejare, a stockbroker-cum-saxophonist who becomes trapped in a life-threatening game after he meets and falls for Anjola, the wife of a wealthy gangster.

Battling savior complex, Dejare (Bassey) is embroiled in repeated bouts of terrible decisions. This ends up defining him and complicating the narrative amid his quest to find his lover and beat his rivals to a large sum of money.

King of Boys, 5 Weddings… 10 movies you should see this weekend

Fans not supporting Nigerian music as they should be doing, Dotun laments