Lyta has only contributed N40k as upkeep for our 9-month-old son, says baby mama

Opeyemi Rahim, Nigerian singer better known as Lyta, has been called out by his baby mama over his alleged failure to provide for the upkeep of their son.

Kemi Ayorinde, Lyta’s baby mama, also claimed that the young father has only spent the total sum of N40,000 on the child since he was birthed nine months ago.

Kemi spoke about her displeasure with the singer during a recent Instagram live session with “thepepperroom”.

“I’m talking from the moment she was conceived till this very moment, the whole money he’s contributed is N40, 000”.

Ayorinde had earlier claimed that the fast-rising artiste could not afford N13,000 for ballons for his son’s upcoming birthday party.⁣

“Dear future husband, Aari’s dad can’t afford 13k (Naira) for balloons for his child’s upcoming 1st birthday so imma need you to be able to afford my baby’s monthly cost, If not you’re not for me,” she had written. 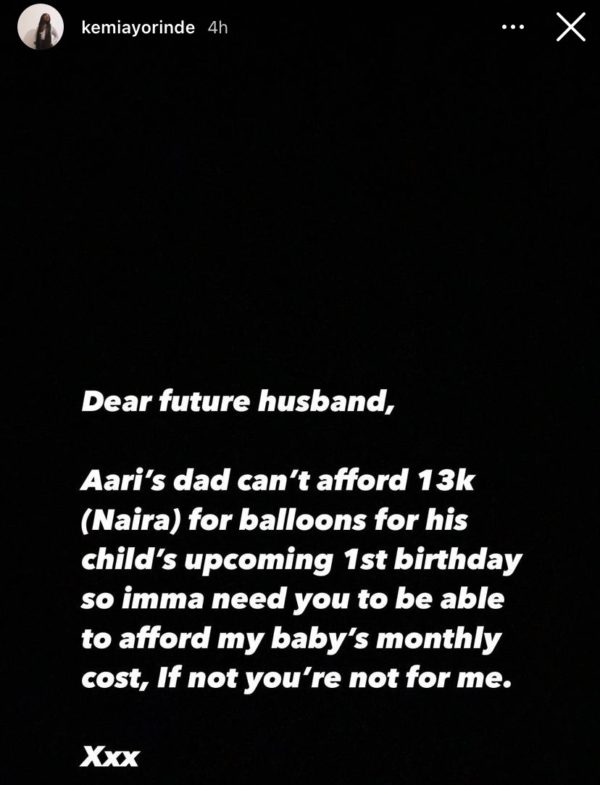 Lyta is, however, yet to comment on Kemi’s allegations. The pair welcomed the arrival of Aari in 2020.

The ‘Monalisa’ crooner signed a record deal with YBNL Nation in 2018 but left the label in May 2019 after he had a disagreement with Olamide, the music label owner.

In 2020, he joined Marlian Music, a record label owned by Naira Marley.

‘Nobody is perfect’ — Falz talks criticisms after ‘Moral Instruction’