Kemi Adetiba: I didn’t pitch KOB series to Netflix… they approached me

Kemi Adetiba says she never had to pitch the sequel of ‘King of Boys’, her 2018 movie, to Netflix.

The film director, while speaking in an interview with This Day, said the streaming platform approached her for the project.

“I actually didn’t [pitch to Netflix]. Based on how well KOB 1 did on their service and the fanfare our KOB Army created, Netflix approached me with the idea to collaborate on a second installment,” Adetiba said.

“I mean. It’s Netflix! They took me to lunch on one of their visits to Nigeria. I was so nervous and I have to admit, I felt honoured that they asked to meet me one-on-one, saying they wanted to get to know me better.

“Then during lunch, that said they were interested in a sequel and asked if I was working on one.”

The sequel to the 2018 crime drama debuted on August 27 as a seven-part series, receiving positive reviews.

On the project, Adetiba said she initially didn’t intend to make a sequel to the first installment of the ‘King of Boys’ franchise.

“I felt it was too much of a classic, and you could say I was too intimidated to even try. I had no original idea, and I was not going to force the process. KOB deserved more than that,” the film director added.

“But one day, I just happened to be chatting with my brother Remi Adetiba, who also produced the original KOB, and an idea just came into my heart.

“I remember, I jumped up and began pacing up and down the living room spilling this skeletal storyline. 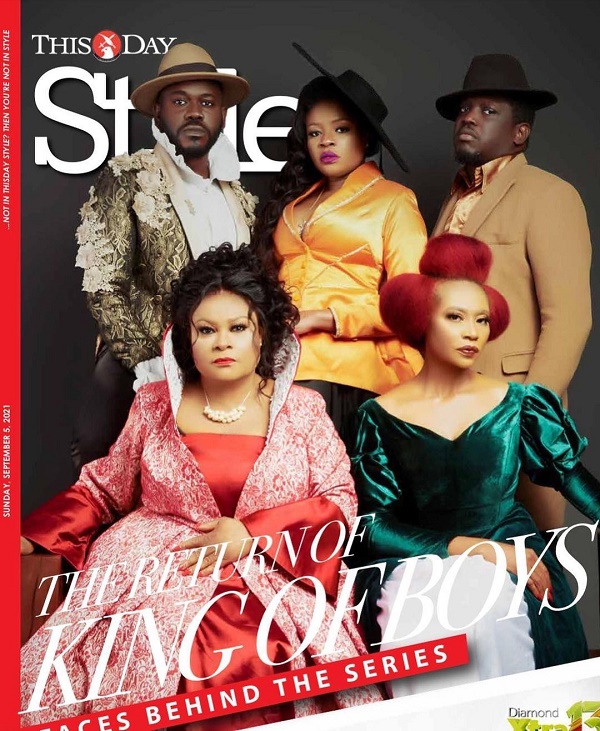 “He just sat there, shocked, and wouldn’t move. But, l said if I’m going to do this, I want to be able to tell a full and complete story. The amazing and complex KOB characters deserve this.

“And to do this, I would need enough time. This is what birthed the KOB series pivot.”