INTERVIEW: I quit a great job to manage MI because I wasn’t fulfilled, says Godwin Tom

From flattening the walls of Jericho to inspiring the Arab Spring which toppled Hosni Mubarak’s reign in Egypt; music has always been a tool for influence, education as well as entertainment from time immemorial. Creative composers and musicians have enjoyed the fame and wealth that come with it but that would not have been possible if not for the diligence and professionalism of behind-the-scene managers such as Godwin Tom.

The 34-year-old talent manager started music management in 2008 shortly after he left his job at a PR company because “I didn’t feel quite fulfilled” to manage MI, Nigerian rapper, who was recommended to him by Osagie Osarenkhoe, renowned music executive.

“I was working with a company called solution image consultant and I was doing a great job while my boss was also amazing. But I didn’t feel quite fulfilled. I was very young and I felt I should have been doing more or maybe I should have been facing more challenges,” he told TheCable Lifestyle.

It wasn’t long before he started pulling the strings in his new career path. He went on to manage and work with several heavyweights in the country’s entertainment landscape including Wizkid, Davido, Wande Coal, Ice Prince, Jesse Jagz, Show Dem Camp, Waje, Rooftop Mcs, Bez and Beverly Naya.

In this interview with TheCable Lifestyle, Godwin Tom also talks about his quest to see music business in the curricula of universities across the country with the aim of grooming future music executives and the idea behind his Music Business Africa (MBA) programme.

The executive director of iManage also revealed his efforts to encourage more women’s participation in the music business through his MBA initiative. 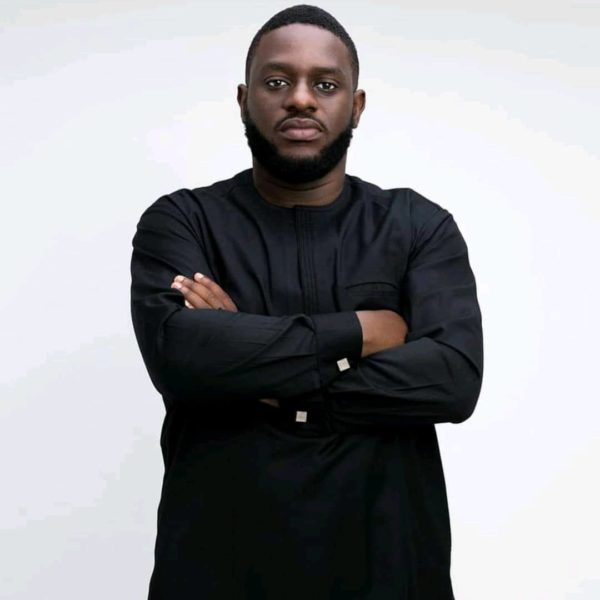 How did you become a talent manager?

I was working with a company called Fruition iManage Consultants and I was doing a great job while my boss was also amazing. But I didn’t feel quite fulfilled. I was very young and I felt I should have been doing more or maybe I should have been facing more challenges. So, I remembered that I once complained to Osagie Osarenkhoe and decided to discuss with him again because when I was an artiste she was my manager. She replied that if any opportunity comes up, she will let me know. Not long after that, she told me that there was an artiste looking for management and asked if I’m interested in handling that. I asked who the artiste was, and she said MI. I hadn’t heard of him at the time, so I requested that she should send samples of his music to me which she did. I met with MI afterwards and we spoke, that’s how my career started in the music business.

Can you mention some of the big artistes you have managed and those you currently work with?

Talents I have managed directly are the Choc Boys: MI, Ice Prince, and Jesse Jagz. I have been managing Show Dem Camp since 2010. I have also worked with Wande Coal, Wizkid, Waje, Mystro, Bez and Rooftop MCs.

Asa Asika, Davido’s manager, and I worked for the release of ‘Back When’ and ‘Dami Duro’.

The only people that I’m currently working with are Beverly Naya and Show Dem Camp. From time to time, I work with Wande Coal and other than that, I’m focused on Music Business Africa (MBA) now. 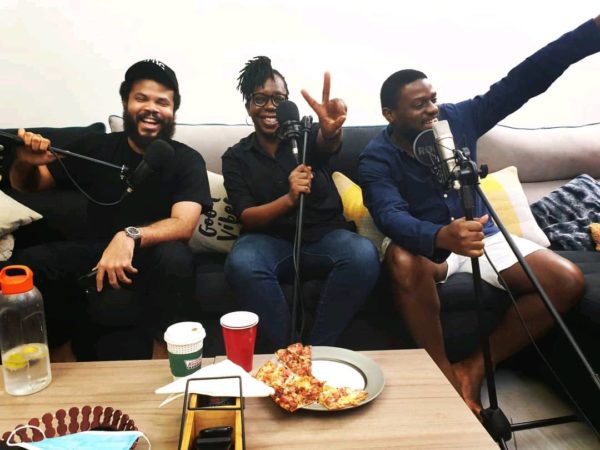 You have managed numerous popular artists, who amongst them gave you the toughest time?

There are creatives who will give you a tough time regardless of how nice they are. They have expectations, goals as well as peers. When I say peers, I mean on every level. Once an artiste becomes successful, people around him, from family members to friends and colleagues, become special advisers, so it makes the work ten times harder. The job comes with a level of stress and a certain level of selflessness that you must prepare to engage, and I think that is what the job entails.

You were in your early 20s when you worked with MI, how were you able to make him listen, being that he was older than you at the time?

The first thing I always say is that I’m grateful that my first client was MI because a lot of things that happened between us when we worked together helped shape the kind of manager that I have become. MI was genuinely into his music and the understanding of the business, so it wasn’t a situation of my age, it was more of a situation of my value; what I could bring to the table.

Sometimes when I go wrong, he would tell me and if he’s one, I would do the same. He would argue a little but he would eventually agree. That was one of the most important things that shaped my career as well. 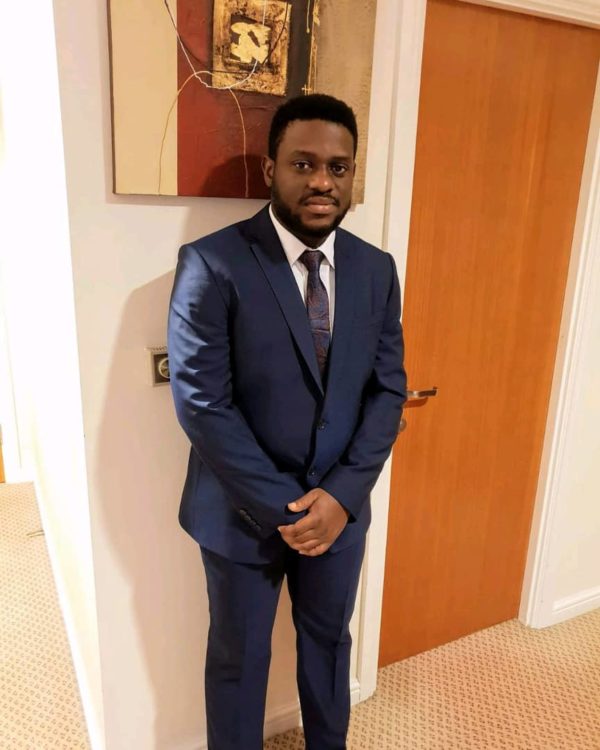 As a young artiste manager, how have you been able to balance your spiritual, social, and professional life?

You don’t prepare for war when you are at the war, you prepare before it happens. So, everything that happens to people depends on how well they prepare themselves for success or trials, stress, and tribulation.

You learn as you grow and the moment you identify that you’re making a mistake, fix it immediately and that is really how I have created a balance and I keep my space and friends.

I am very vocal about things I care about. I keep myself grounded and I surround myself with people that will tell me the truth and who are honest with me. They are not intimidated by how much money I have or where I live or what I do or the celebrities I’m associated with. They don’t care, if something is off, they tell me. And I think the best part is to surround yourself with people that are growing as well because that growth inspires you to keep moving forward. You need people that will make you uncomfortable to be basic.

Male managers always find managing female artistes difficult, is that your experience too?

The problem isn’t the talent, it is the way society perceives gender. Men and women have goals and aspirations. A woman who is competent is competent, if you put her and a man in the same situation they will both deliver the same amount of work, it depends on the experience and exposure. One may deliver more than the other but that is not based on their gender at all.

The issue I have with managing women isn’t with the women, it is the brand manager or the CEO that is trying to sleep with them.

Also, going into a relationship with your artiste or manager is a personal decision, you have to be careful to separate your professional life and sexual life. They have to be conscious of the effects of their decision on the job they are doing.

What are the contributions/roles of music executives to the recent success of Afrobeats?

Can a manager dictate the style of an artiste?

The authoritarian kind of management is not adequate and always has its backlash. The role of the manager is to provide the best situation for the artiste to make the best decision. Managers don’t make decisions, because it is not their career. There are situations where the artiste might authorise the manager to decide on their behalf and the contract needs to state that. 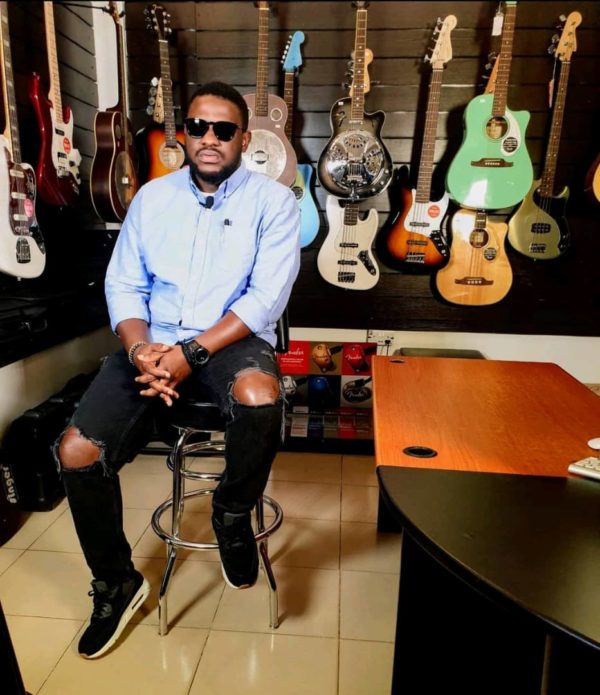 In Africa, there is no higher institution offering music business or music management as a course, what are you doing to bridge this gap?

That is why we are doing MBA for Africa. I think it is necessary and instead of complaining about our problems, we should start thinking about how to fix them.

I have visited universities and spoken to deans of faculties. I told them we need to have music business as a course but I realised that the process of changing that is going to take a few years.

I decided that I can help them build that, I can make the case on their behalf which will speed up the process of putting this as a certified course in universities in Nigeria and some parts of Africa. We are currently doing this and as we go along, we are actually developing surveys and data that support the need for it to happen. More importantly, data show that people who learn this can add value to the economy and security in multiple ways. MBA for Africa is our answer.

Will the programme by any chance take women into consideration, looking at their low representation in the music business?

We have a fund called the MBA for Africa women’s fund, and what we are trying to do is to empower these women to make sure they are informed.

We want to make sure that their numbers are increasing so that when they show up as a group, their voice is louder and that is what we are trying to achieve.

We want to create a platform that will aid equal opportunities and competence, not gender or cliques. We have decided we are going to push for between 30-40 percent participation.

There are thousands of up-and-coming artistes trying to get signed to major record labels, what would be your advice for them

Simple, build your leverage. In this current society, with technology and access to fans, build your audience. Your audience is your leverage, you no longer need a massive budget to release music and you need an audience. Grow organically, then you can put yourself in a position to get more from a label. 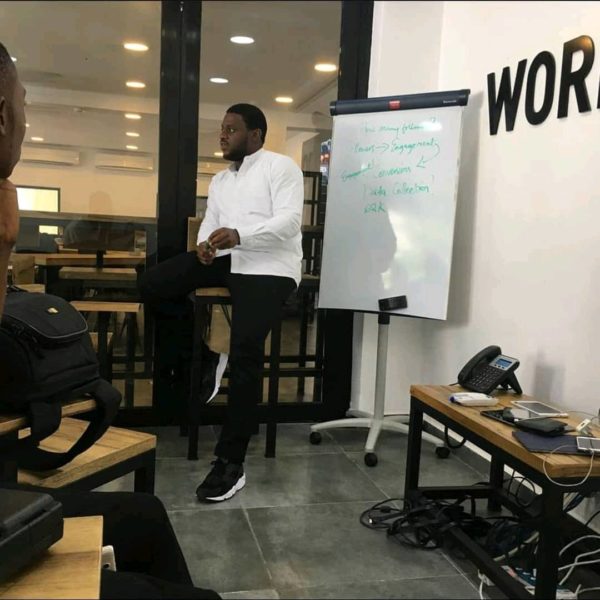 Do you mean artistes should be independent as oppose to chasing record deals?

The reality is that when you’re signing a record deal, there are some pros and cons, and the same applies to going independent. As an unsigned artiste, you have the liberty to release music as often as you want, you control your narrative, you control the release and the content.

When you’re signed to a label, you’re constrained, and you don’t own the music, it belongs to the label. It is about identifying your opportunities and realities.

Many still do not understand how digital service providers and royalties (Spotify, Itune), work, can you shed some light on it?

It is quite straightforward, you put your music on the platform and they sell it to their audience. In terms of how copyright and royalties work, I think you need to define what side of the spectrum you’re on. If you’re on the composition (songwriters) side, then you should be looking at your performance royalties, sync licensing royalties, and mechanical royalties. And if you’re on the recording side, you need to look at your neighbouring rights and your royalties from the purchase of the music. It really depends largely on what side of the copyright divide you are sitting on.

‘Over 8 hours, I was without sight’ — Mike Ezuruonye speaks after eye surgery

Illbliss: How my wife and I struggled to have kids for 8 years