Some ladies have indicated their interest to get married to Kenneth ‘Aguba’ Jideofor, the ace Nollywood actor, who was allegedly homeless until recently.

This was after Chibuzor Chinyere, the general overseer of Omega Power Ministry (OPM), had put out some conditions for the intending wife of the actor.

Aguba has been in the public eye since Monday when photos of him in a dilapidated building surfaced and went viral on social media platforms.

His well-being and physical appearance had raised concerns among Nigerians on social media, with some users accusing the Actors Guild of Nigeria (AGN) of abandoning one of its own.

The guild, however, dismissed claims that it abandoned Aguba on Tuesday, arguing that his case may be “spiritual”.

It was at this point Chibuzor offered to help the embattled actor.

The OPM general overseer gave the “homeless” movie star free accommodation in Port Harcourt, the capital of Rivers, and also ensured he got medical treatment.

On Wednesday, the cleric announced four conditions for whoever is interested to be Aguba’s wife.

The conditions were announced on his Facebook page after some ladies engaged in a heated war of words on the comment section of his page over the actor.

The conditions for marriage, according to Chibuzor, are;

The pastor added that “any lady that agrees to these conditions” should “send your phone number so we can commence the marriage process then.”

The post has been liked over 17,000 times, with a number of his female followers indicating their interest to be Aguba’s wife.

A Facebook user simply identified as Ada Mba wrote: “I’m very much interested. I can meet all the requirements.”

On her part, Favor David said: “Please am very interested.”

“Where are we dropping the application eeh??” Tarla Emelda asked.

“Sir, pls can you reduce the 10 years to 2 years please cause am interested, but the 10 years dey fear me,” Itz Blossom pleaded. 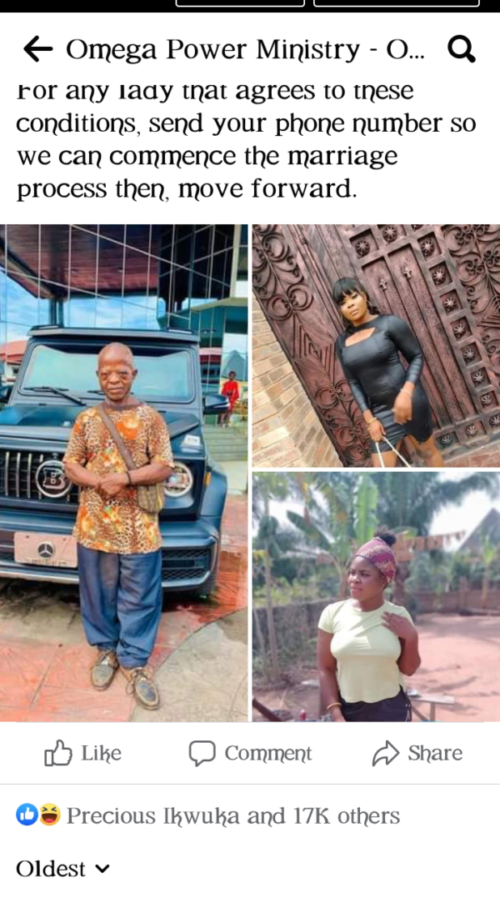 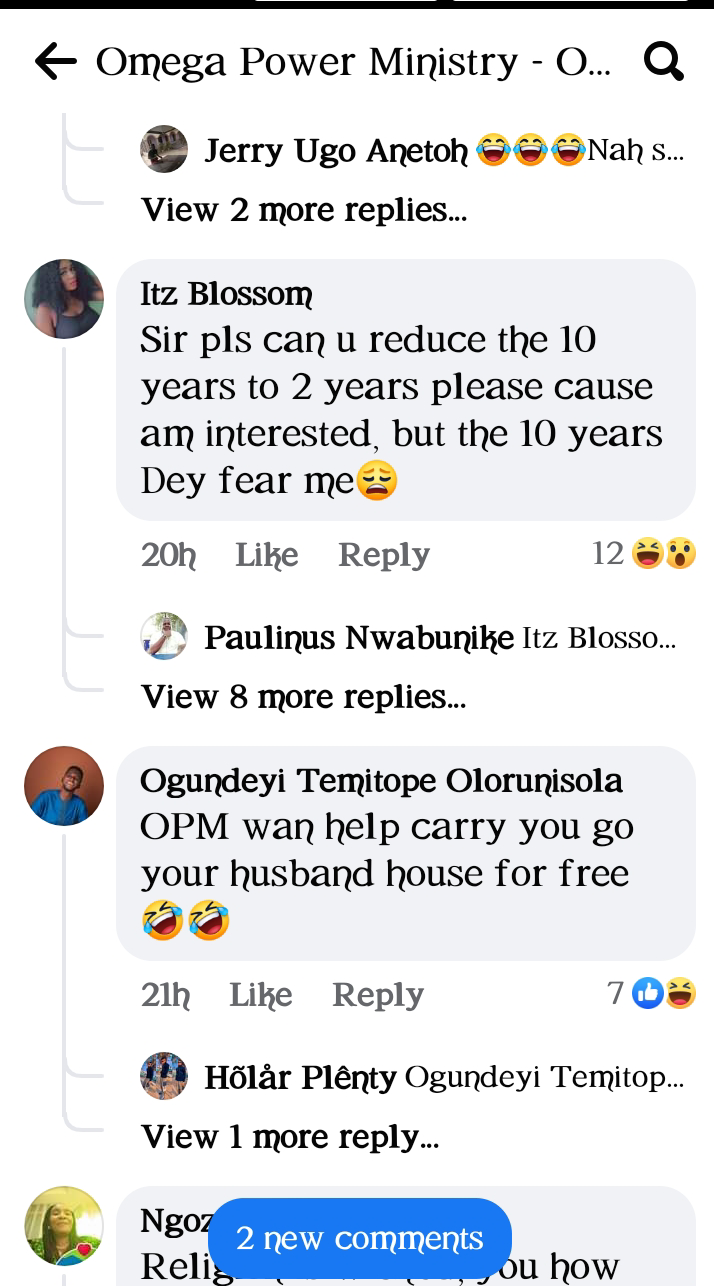 [SISI WENDY] 50 shades of grey and sado-machism in Nigeria

Angela Nwosu: I sniff my husband’s boxers, armpit when I am down