DMW artiste Davido has cancelled his scheduled performance at the Felabration music festival.

The annual music festival which holds at the New Afrika Shrine, Lagos started on Monday and will end on Sunday, October 15.

Davido, who recently lost two close friends, announced his withdrawal in a post on Snapchat on Tuesday.

“To all my fans expecting me at Felabration tomorrow, I’m sorry, I will not be performing anymore,” he wrote.

“I promise to make it up. I love you guys! Everyone stay prayed up! I love each and every one of you.” 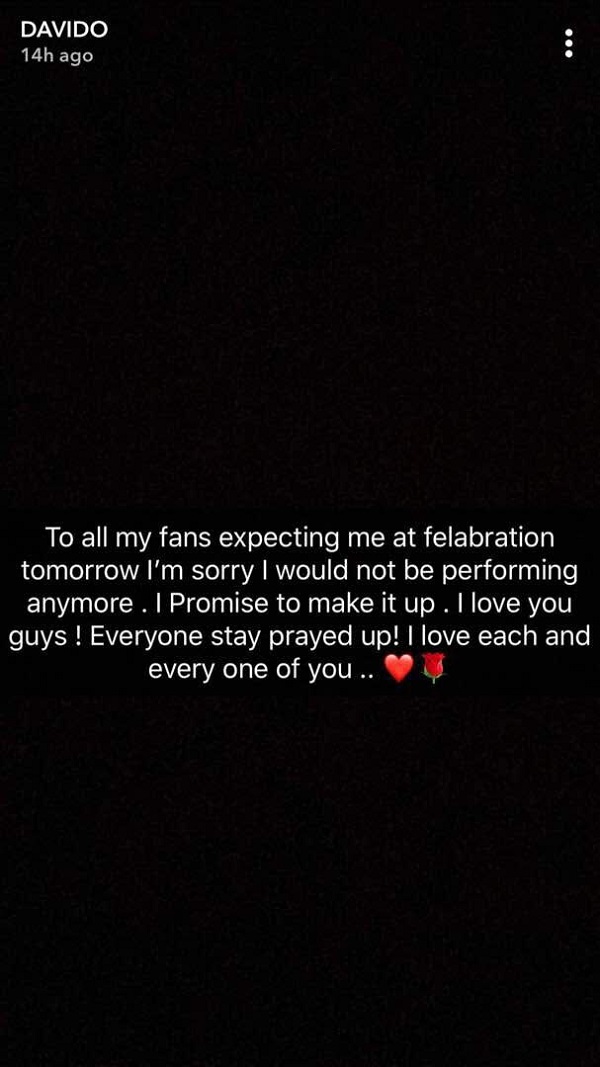 Felabration was listed among the venues where the ‘Aiye’ singer was billed to perform on the African leg of his ’30 Billion World Tour’.

The tour started last weekend in Bloemfontein, South Africa. His next stop is in Harare, Zimbabwe.

During the course of the tour, the singer will perform in Guinea, Sierra Leone, Botswana, Mozambique, Angola, and Ivory Coast.

In the absence of Davido, superstars like Adekunle Gold, Bez, and Niniola will headline Felabration.

Felabration is an annual music festival initiated in 1998 by Yeni Kuti in memory of Fela Kuti.