Only last month, Davido and Kizz Daniel released their eagerly-awaited ‘One Ticket’ collaboration, with the single going on to top charts and enjoy steady radio airplay.

The singers were billed to perform the song together, perhaps for the first time at a major event, at the Davido Live concert on Thursday — but it never happened.

Davido allegedly slapped Tumi Lawrence, manager of Kizz Daniel, resulting in the latter ditching the concert before their scheduled performance.

Lawrence was said to have been attacked by Davido and his crew members after he was found at the singer’s changing area.

The artiste manager reacted by lashing out at the singer and his management.

However, Davido denied the allegation, saying he did not slap anyone but wishes he did. 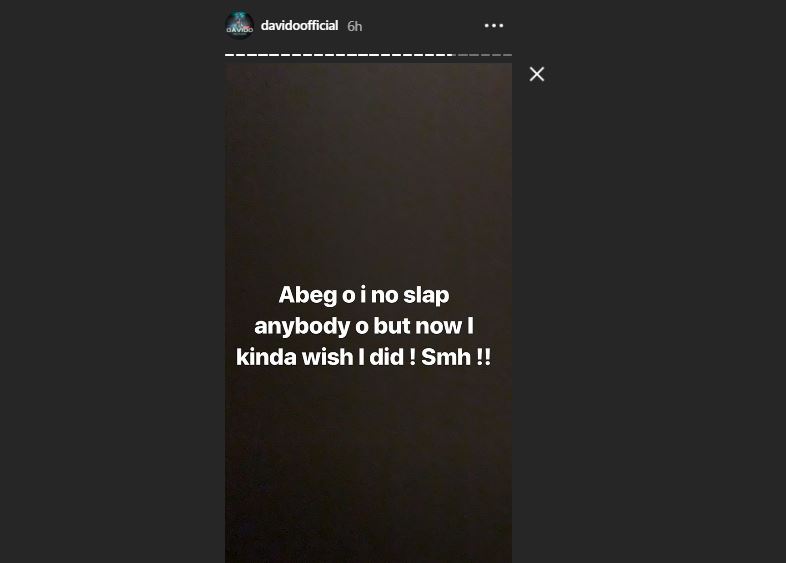 Responding to Lawrence’s Instagram post, he wrote: “You and I know fully well I did not touch you.

“Call me names all you want YOU KNOW IVE BEEN NOTHING BUT GOOD AND SUPPORTIVE TO YOU GUYS.

“Paint me BAD all you want THE WORLD KNOW SAY MY HEART PURE! I guess you guys have gotten wat u wanted all that while !! THIS ONE PAIN ME !!! I always put everyone before me just to be mixed up in something you caused .. Do the right thing. Tell the truth.” 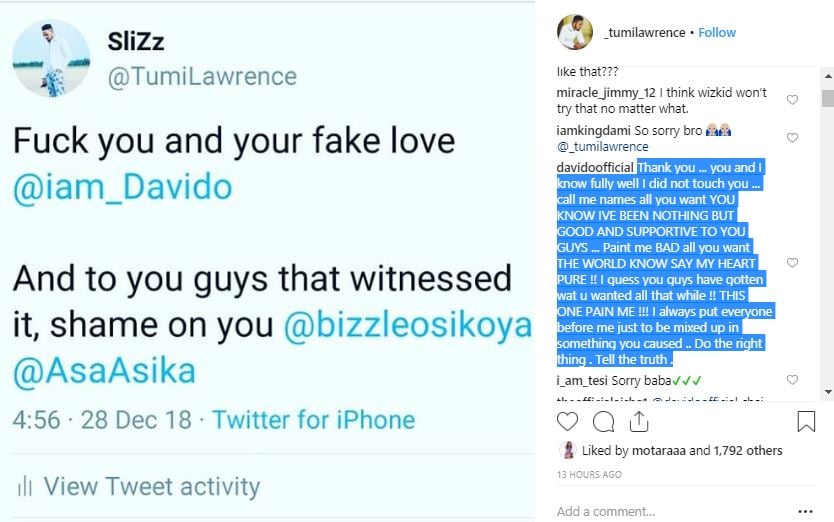 After the alleged slapping incident, Davido alone performed ‘One Ticket’.

Kizz Daniel has thus far remained silent about the incident.

I used to steal jokes from ‘Night of a Thousand Laughs’, says Falz