‘Attack me but don’t mention my kids’ — Davido warns critics

Davido, the award-winning Nigerian singer, has warned critics that he won’t tolerate any form of attack on his children.

In a series of tweets on Monday, the ‘Fall’ crooner said he is unperturbed by whatever his critics throw at him but won’t take it lightly if anyone drags his children on social media.

Davido’s warning came after a troll had taken a dig at the singer for using his son’s face as the cover of his ‘A Better Time’ album.

In the now-deleted tweet, the Twitter user said Davido had “stained” the child with the “disaster” he called an album.

He also alleged that the child wasn’t fathered by Davido but by Peruzzi, a DMW signee.

Reacting to the tweet, the 29-year-old singer referred to the troll as a “dead man” who should not be attacking an innocent child because of his hate for him. 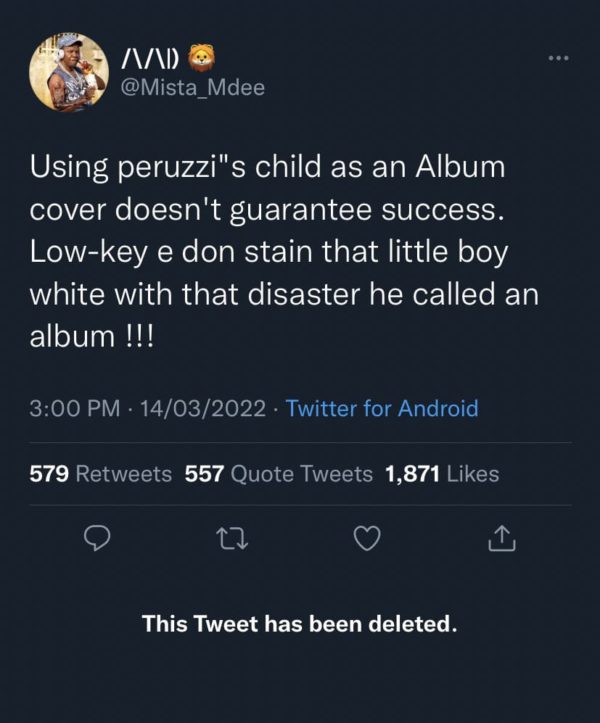 “Dead man walking! You don carry your hate for me to my child!! Innocent child! Brother you do this one!!! Oya na,” he wrote.

“Say all you want about DAVIDO….but DO NOT MENTION MY CHILDREN.”

Dead man walking ! You don carry ur hate for me to my child !! Innocent child ! Brother YOU DO THIS ONE !!!! Oya na https://t.co/QsBRB3UG5D

Say all you want about DAVIDO …. but DO NOT MENTION MY CHILDREN