The Aliu family, a group of five sisters from northern Nigeria, are gaining traction after they all emerged doctors, working in different fields of the medical profession.

Amid the realities that had formed the basis of gender roles decades ago, it was relatively difficult to foresee a future wherein women take on the same opportunities availed their male counterparts.

It is in this light that the Aliu sisters have been earning admiration from technocrats, academics, political elites, as well as other social groups from around the country. 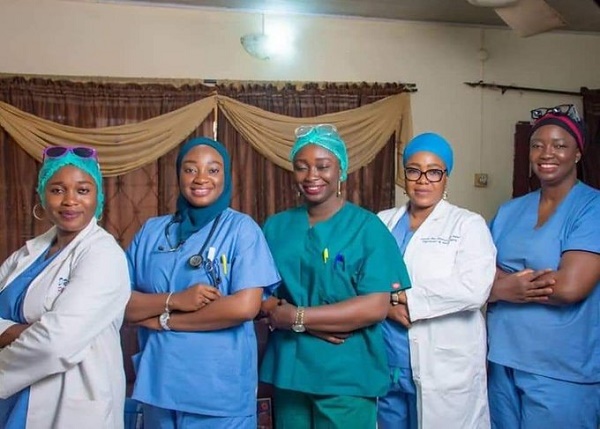 Taking to his Twitter handle on Monday, Atiku Abubakar, a former Nigerian vice-president, joined in the frenzy, charging Nigerians to educate the entire society by simply educating the women.

“Awesome. If you educate a woman, you educate the family and the community,” Atiku, who doubled as the 2019 presidential candidate of the People’s Democratic Party (PDP), wrote.

Awesome. If you educate a woman, you educate the family and the community. https://t.co/t6iIqRGZWb

Among the bevy of five ladies are Salamat Aliu (first female neurosurgeon in West Africa), Halima Aliu (plastic surgeon), Raliat Aliu (an obstetrician and gynaecologist), Khadijah Aliu (a family physician), and Medinah Aliu (public health physician). The sisters are said to be from Okene, Kogi state.

“I believe Africa is rising above gender inequality and with examples like this, we can create a more supportive environment for women,” a Twitter user wrote while marveling at the sisters’ feat.

An Instagram user, who is said to have first shared the photo, also wrote: “Yet a miserable man will be crying for a son. Just look at these beautiful, intelligent girls. I rejoice with them, parents.”

FG asks India to account for Nigerian ‘beaten to death’

REVIEW: Soundcity MVP awards — a blueprint for concerts in Nigeria