Asa proved that any genre can be commercialised, says Shaydee

In 2015, five years after he signed his first recording contract, Shadrach Adeboye Folarin was named among NotJustOk’s “15 artistes to watch”.

While a section of his fan base believe he’s grossly underrated, another group opine that the singer is indeed still growing into himself as an ariste and on the way to discovering his sound.

Having explored several genres of music, Shaydee appears convinced that some semblance of progress has been made thus far in his career.

“I feel my fans understand me more with every record I drop and that’s progress to me. I love to work with different genres because that’s what music is about. If you can do it, why not”, he said.

In an attempt to justify his resolve to keep making meaningful music, Shaydee cited Asa and Timi Dakolo as examples of artistes who have stuck to their genres and attained success.

“First of all, R&B or any genre of music can be of massive commercial value if promoted right. People like Asa, Timi Dakolo, e.t.c have proven that with time.

“I just would never make songs that don’t make sense. Even if it’s a dance track, there is a story to it, so don’t misquote or misunderstand me.”

When asked if he feels underrated, Shaydee noted that he’s willing to keep working hard and remain consistent until it’s his time to enjoy a fair share of the limelight.

“In life you don’t always get what you want or deserve everytime but one just has to keep working hard and be consistent. Time has the answers to everything in life”, he added. 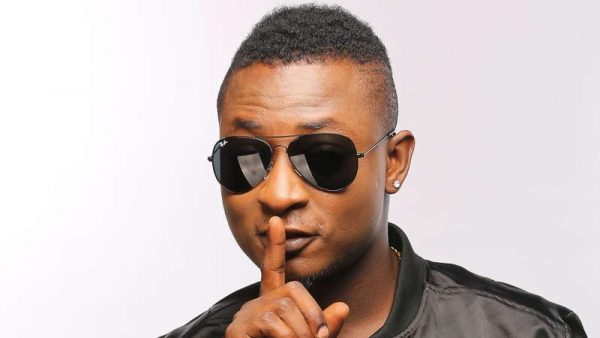 Having released about 10 singles, Shaydee is satisfied with every material he’s put out over the years while acknowledging the fact that his fans may have a different opinion.

“I love all the songs I have released so far in my career almost equally so you would have to ask the fans.”

“All I want to do is build a bigger fan base everyday with my music”, the singer added.

“I do both whenever I have to, which is everytime so I can’t pick because I like to sing what I write”, he said of songwriting and singing.

Shaydee added: “I wouldnt give up one for the other. Like I said, I like to sing what I write because it feels more genuine to me.”

For Shaydee, music making and bringing melodies and rhythm to life will always be his trade-in-craft.

The E.M.E artiste whose contract expires in 2017, said he’s never considered any other venture besides music but he’s keeping his options open over the possibility of delving into the fashion world.

“Who knows what the future holds”, he said.

Although Shaydee is still in the process of building a loyal fan base in Nigeria, he hopes to someday collaborate with Rihanna, Chris Brown and Stevie Wonder, international superstars who have unique identities – something the Nigerian singer can relate to.

‘He forged my signature’ — Iyanya insists Ubi Franklin cheated him