Kanye West, US rapper, says his children will never appear in Playboy, a US men’s lifestyle and entertainment magazine, in what seemed to be a thinly-veiled dig at Kim Kardashian, his wife.

In a flurry of rage-laden tweets — most of which have now been deleted — on Monday, the 21-time Grammy winner reflected on his wife’s past, among other issues.

Kim had in 2007 covered the X-rated magazine while she also made the headlines over a sex tape with Ray J, her then boyfriend, the same year.

But in the tweets, West said he would never allow his children to feature on such magazine.

“West children will never do playboy west,” he wrote in one of the tweets.

He also said he would go any length to bar his wife from selling the said sex tape.

“I put my life on the line for my children that North’s mother would never sell her sex rape [sic],” he wrote in a now-deleted tweet.

“I put my life on my God that North’s mom would never photograph her doing playboy and that’s on God.” 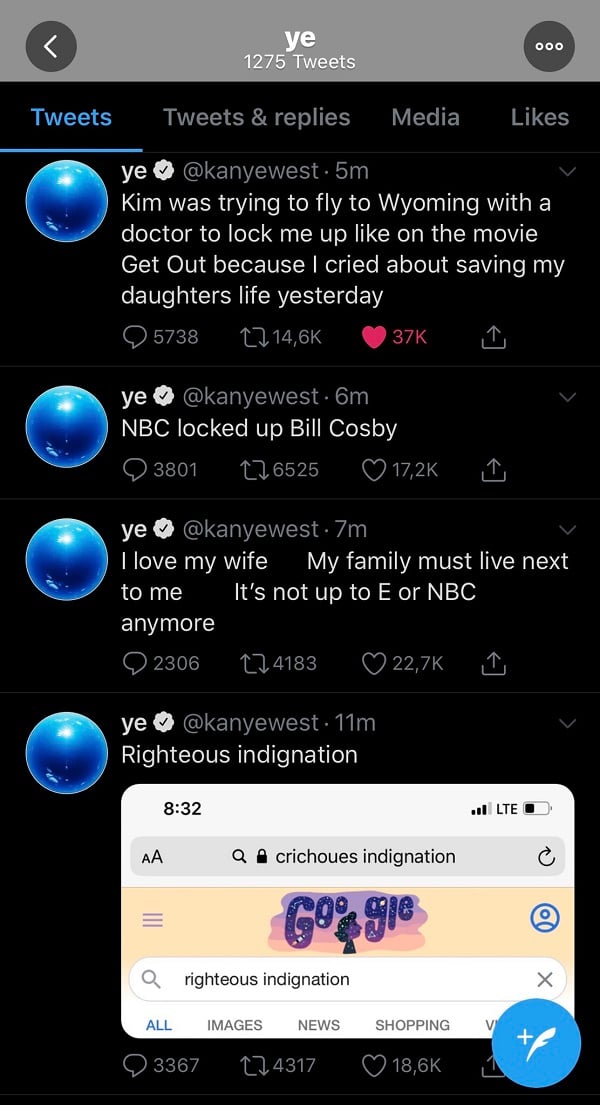 The lovebirds tied the knot in May 2014. The union has been blessed with four children namely: North, Saint, Chicago and Psalm.

The development comes amid rising concerns over the rapper who is said to be suffering bipolar disorder.

He had earlier gone emotional during his first campaign rally ahead of the US presidential election on Sunday where he addressed several issues spanning abortion and international trade in South Carolina.

A source told The Sun UK that West’s behaviour has become a source of concern for his friends and family members including Kim.

“Kanye’s friends and family are concerned about him. They have seen this erratic behavior before and ultimately fear a breakdown,” the source said.

“They can only describe Kanye’s current situation as a ticking time bomb.”