Photos of a young man dressed like an NYSC member and pushing a heavily-loaded truck have surfaced online and gone viral.

According to a Facebook user, the photos were taken at Choba Junction in Port Harcourt, Rivers state.

“This young man was spotted at choba junction earlier he is actually putting on his NYSC khaki and pushing a heavily loaded truck as you guys can see isn’t this against the law. What your thought,” he wrote.

In several of the photos, the young man appeared unfazed by the crowd around him as he could be seen arranging the truck loaded with plastic bottles.

The photos have continued to elicit reactions among Nigerians on social media.

It remains to be seen if the young man is indeed a corps member.

The NYSC has also not addressed the viral photos as of the time of this report.

Below are the photos: 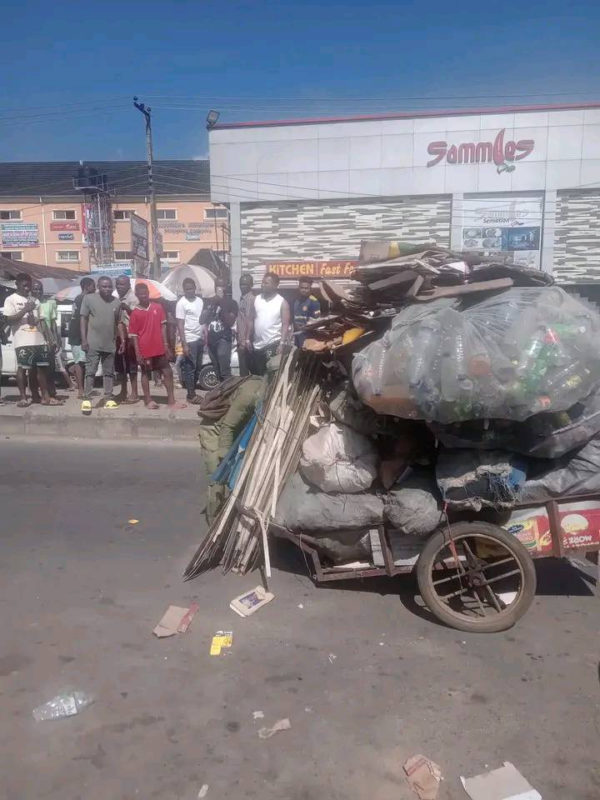 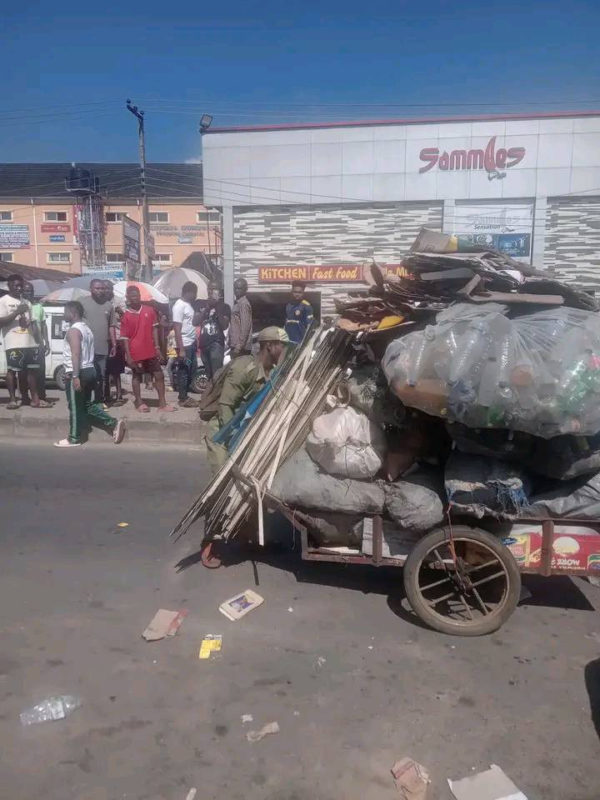 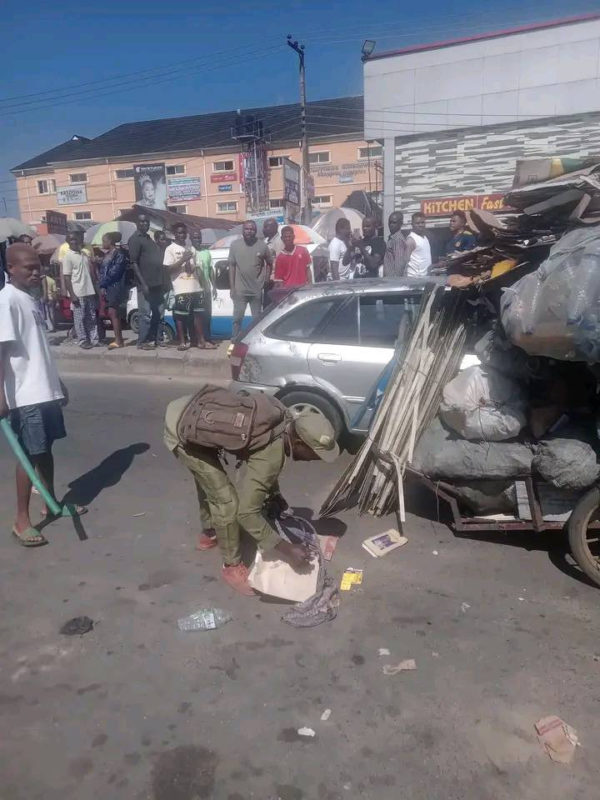 Governor says drug abuse on the rise among Kebbi teachers

4.6m Nigerians have participated in NYSC since inception, says DG