Omawumi and King Sunny Ade were the artistes on the bill at the International Nite 2017, which was organised by Ikoyi Club 1938.

Before now, King Sunny Ade used to be the only performing artiste at the event, which is hosted annually by the club.

Making her debut this year, Omawumi, clad in a shimmering off-the-shoulder gold gown, thrilled the audience with songs from her albums.

Speaking in the intermission between Omawumi’s performance and King Sunny Ade’s arrival on stage, Babatunde Akinleye, chairman of the Ikoyi Club 1938, thanked members for turning out in large numbers and wished them the best of the season. 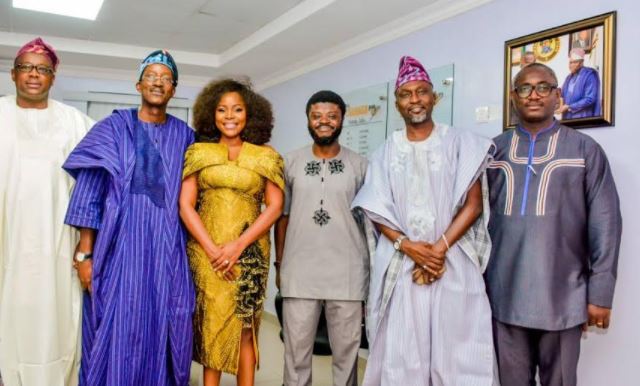 He said the club will live up to and surpass the expectations of members adding that “We will make Ikoyi Club the envy of all clubs.”

The royal father of the day was Oba Adedotun Aremu Gbadebo III , The Alake of Egbaland.

King Sunny Ade who was dressed in white took the stage at about 11.45pm and soon had the crowd dancing and singing along to his evergreen classics for hours.

Burna Boy proceeds with US tour despite alleged court injunction