America’s Got Talent finalist Kechi Okwuchi proved how powerful her strength is after she delivered another moving performance on Tuesday night.

Okwuchi has, since the show began, blown viewers and judges away with her soulful voice but her finale performance reminded everyone what a survivor she is, having been involved in a fatal plane crash several years ago.

The singer performed Estelle’s ‘Conqueror’ to an appreciative audience, whom alongside the judges, responded with yet another standing ovation for the Nigerian. 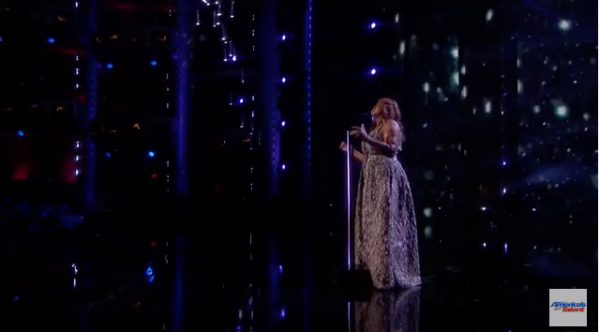 After her performance, Okwuchi, who has “had over 100 surgeries” due to injuries and burns, was praised by Howie Mandel, Simon Cowell, Heidi Klum and Mel B.

Cowell said: “Kechi, I just love you, everything about you. That wasn’t a song, that was an anthem. We are only as good as the people who come on the show, and you define us. You made a difference to us, the people at home, and hopefully for yourself.”

Klum also gave positive remarks, saying: “Let me tell you I’ve been sitting here for five years, I’ve seen people come and go. But you, I will never forget.”

Mandel, evidently sentimental, said to Okwuchi: “This song was the perfect choice. Ultimately you made the choice to survive.”

Mel B complimented the singer, saying: “I’m so happy that you walked onto that stage and entered this show, you are loved and adored.”

Okwuchi was one of two survivors of a fatal plane crash that claimed the lives of 107 passengers in Nigeria.

The season 12 winner of America’s Got Talent will be announced later today.

RMD: I’m no longer surprised when people who earn next to nothing buy cars, houses