Ikechukwu Ogbonna, the celebrity car dealer better known as IVD, has threatened to commit suicide about one month after the death of Bimbo, his wife.

IVD has been enmeshed in a series of allegations since his wife passed away in October.

Mama Jazz, the sister to his wife, had accused the Lagos-based businessman of killing her.

Bimbo’s family had claimed the car dealer has been on the run since his wife’s death.

The family also called on appropriate authorities to ensure justice is served in the matter.

The 37-year-old would later be arrested by the Lagos state police command and transferred to the state criminal investigation department (SCID) in Yaba.

The auto-dealer also said life has been “empty” without his wife and children.

The entrepreneur threatened to “end it all” if he is not given the chance to hear from his children.

“Not seen my kids, my girls, for a month and 1 week now. After hours if I don’t speak or hear from (my) kids I’m taking my life, life is empty without my wife and kids. Why am I still living? Guess it’s time to end it all,” he wrote. 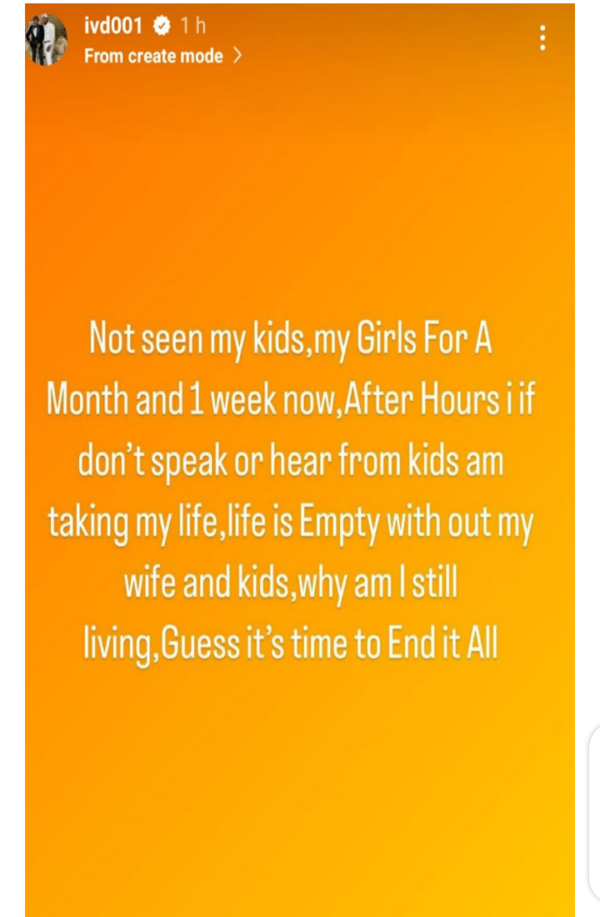 Osinachi was abused by her husband, PA, stylist tell court

11 types of people you’ll meet in a Nigerian party