Rexxie, Nigerian record producer, has come through with ‘A True Champion’, his highly anticipated debut album.

The ‘Soapy’ beat maker announced the release of the 17-track project to his numerous followers on Monday.

The music producer attributed the birth of the project to his resilient and hardworking spirit. He also appreciated the efforts of his family and all those who supported the vision.

“No matter what you do in life, remember just like me, you’re a champion,” he wrote. 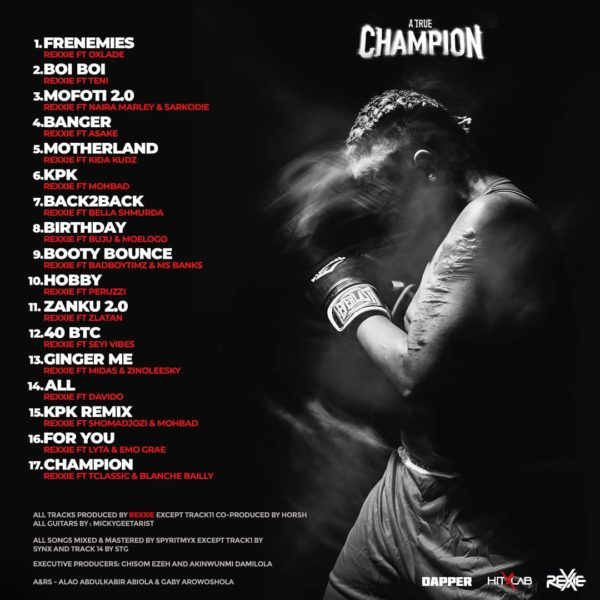 “It’s been a beautiful journey creating this masterpiece. I put in my blood, sweat and tears.

“Finally, I’m glad to announce the release of my first studio album ‘A True Champion’.

“Thanks to my team, family, friends and my supporters.”

The project comes on the heels of Rexxie’s recognition for his contribution on ‘Twice As Tall’, Burna Boy’s 2020 album that won a Grammy Award.