Bright Okpocha, professionally known as Basketmouth, was named Pan African comedian of the year at the 2018 Savanna Comics’ Choice Awards.

It is the second consecutive year that the Nigerian comedian will clinch the award.

Basketmouth received the award at an event which took place in Johannesburg, South Africa, on Saturday. 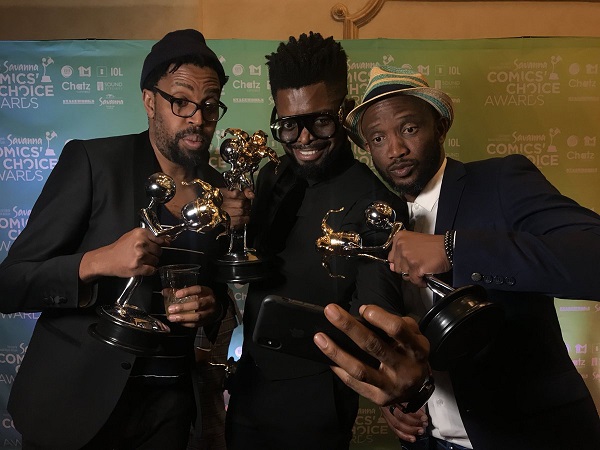 Basketmouth, elated at his recognition, wrote on Instagram: “Thank you @comicschoice @savannacider for this….I truly appreciate you guys, and to all my peeps that voted for me. You guys rock. #SavannaCCA #Back2Back.”

Thank you @comicschoice @savannacider for this….I truly appreciate you guys, and to all my peeps that voted for me. You guys rock. #SavannaCCA #Back2Back

The Savanna Comics’ Choice Awards is the annual gathering of top players in the South African stand-up comedy industry. Handing out plaques in only 12 categories, the award is highly prestigious.

Carvin Goldstone won the Savanna comic of the year award while David Kaul took the comedy giant award for his decades of service to the industry.

Tsitsi Chiumya was recognised as the best newcomer comedian of the year.

D’banj: Nigeria does not have piracy… I’ve never been pirated

Kaffy: I’ve lost family, love because of dance yet I’m the evil queen