The governor is the chief host of the 10th edition of the pan-Nigerian award ceremony.

Seun Oloketuyi, executive producer of BON Awards, led a number of Nollywood actors to the Agodi office of the governor in Ibadan.

Seunmanuel Faleye, director of media & publicity, BON Awards, made this known in a statement released on Wednesday.

Nkechi Blessing and Taiwo Ibikunle were among the Nollywood stars present at the hosting rights presentation. 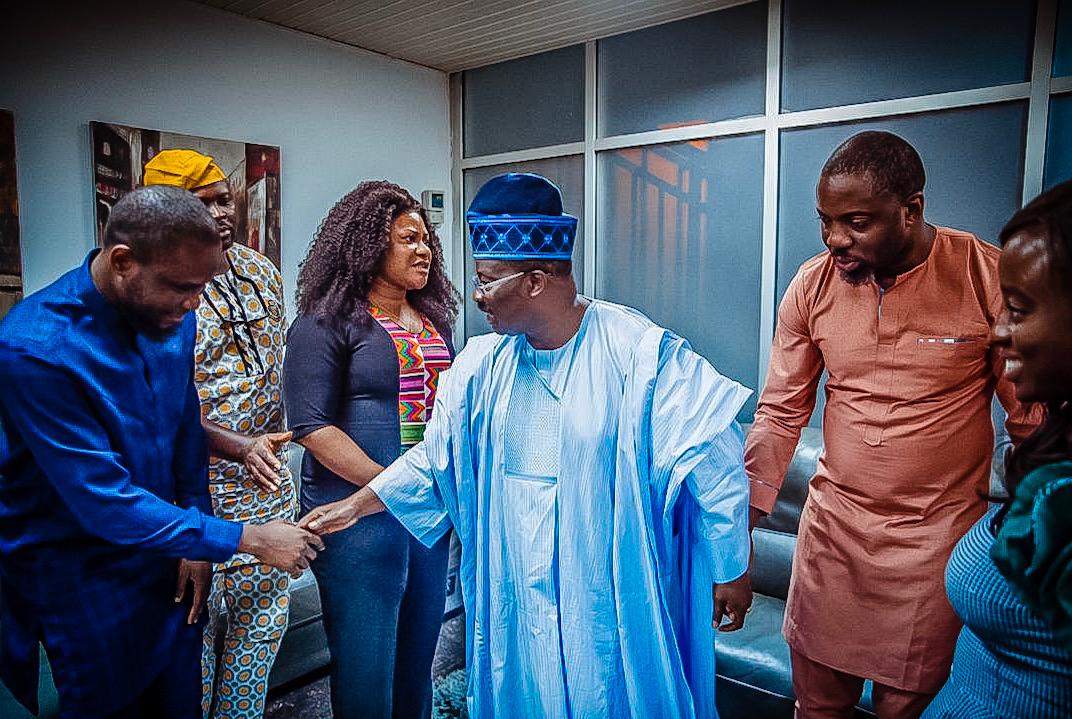 In his acceptance speech, the governor hailed the impact of the creative industry on the country.

He expressed appreciation to the organisers of BON Awards for choosing Oyo to host the 2018 edition of the event.

The governor assured that all the guests coming into the state for the award ceremony will have a taste of the uniqueness of Oyo. The category will be announced as ‘Senator Gbenga Ashafa Movie with Best Sound’.