Ruger and BNXN, the two fast-rising Nigerian singers, have resumed their lingering face-off on Twitter.

The pair have been at loggerheads for a while now.

The supremacy debate between them started in July when a fan claimed BNXN is a better artist than Ruger.

Since then, they have been engaging each other in a heated war of words on social media.

The latest exchange between them started on Wednesday when Ruger boasted about his career strides and the reception received by his recent songs.

He also shaded artistes, who according to him, always “force (their) songs down people’s throats”.

“First of all, I want to thank God and everyone that actively listen to my songs. Next year will be a year of blessings for you all IJN. The real question I wan ask dey my next tweet,” he wrote.

“I am something. For years now, I have forced my songs down people’s throat whether e sweet abi e no sweet either by too much ads or by paying every influencer to make noise about a song they don’t even like. Or by speeding my song on TikTok. What am I?”

Although he did not mention anyone’s name, the post did not sit well with BNXN.

Reacting to the tweet, BNXN described Ruger as “fake” and accused him of paying streaming platforms just to top music charts.

“All of you fakes will be exposed one by one and you will do it yourselves. There are streaming farms in Nigeria now. A room where label bosses pay money to get your songs up by automation, no real fans, no real people, just a facade. Y’all make the people who really work for this bleed and your day is coming,” he wrote.

The ‘Feeling’ crooner further blasted Ruger, saying he has not been able to headline any major show since he started his career.

Ruger, however, fired back and challenged BNXN to list five of his hit solo songs.

The ‘Bounce’ singer argued that BNXN’s career success is due to his collaborations with other top artistes.

Below are screenshots of their latest exchange: 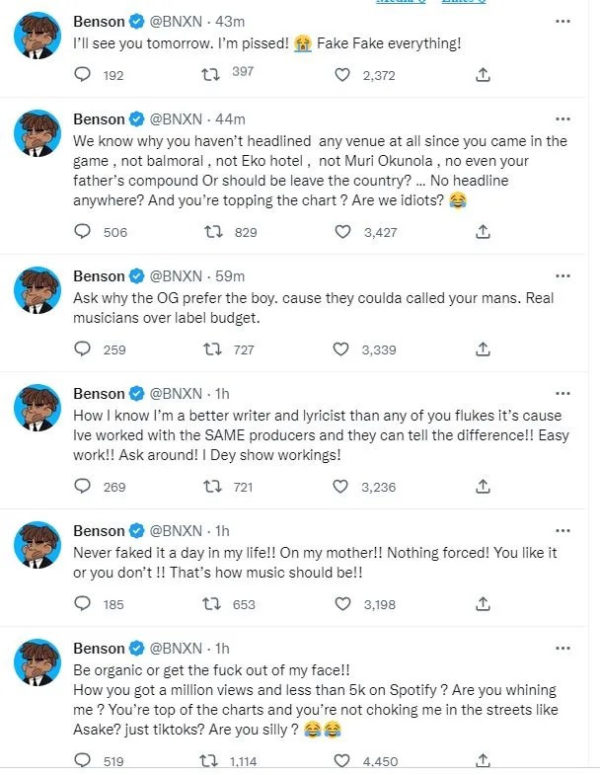 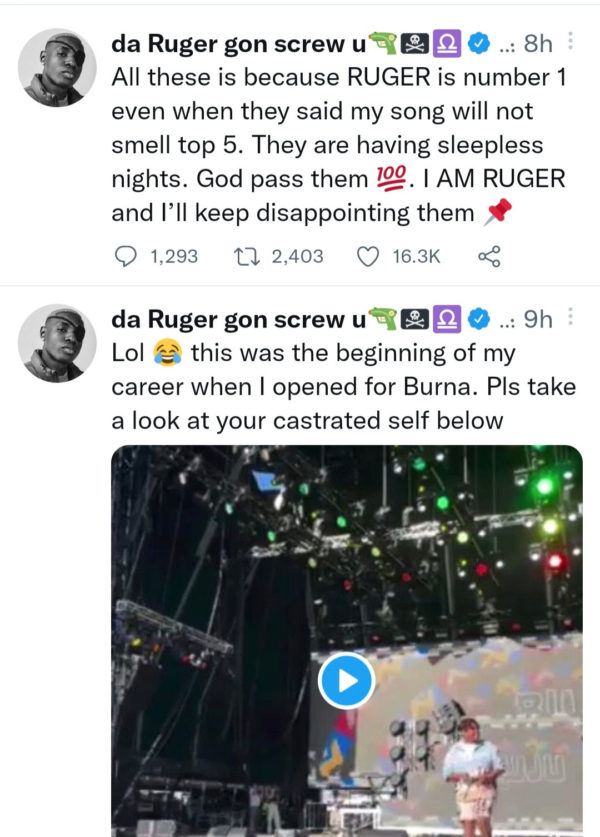 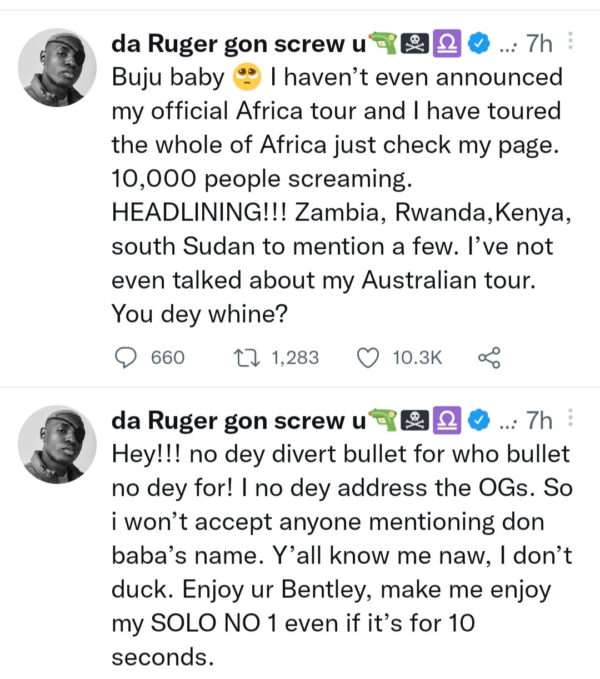