Yemisi Aribisala clinched the John Avery award in 2016 for her portrayal of the Nigerian culture through her examination of the relationship between food, politics, religion, and ethnicity.

For her acclaimed book ‘Longthroat Memoirs: Soups, Sex and Nigerian Taste Buds,’ Aribisala became the first black African to win the award in its 39-year history.

“This book tells the truth about every single Nigerian. This is our food. These are our stories. This is just a slice of our humanity. I take a lot of pride in being Nigerian,” she had said in a note of thanks to the awardees.

In this chat with TheCable Lifestyle, Aribisala talks about sex and sexuality, culture, her standpoint on feminism, and of course, the motivation behind Long Throat Memoirs.

Long Throat Memoirs is a critical evaluation of Nigerian food, society, and sex – especially in relation to women. Do you think it has changed the way foreigners perceive Nigeria?

It might have. Not so much even “changed” as broadened and possibly righted perception if the need exists to straighten something that is askew. And I’m not thereby saying that the foreigner’s perception matters as much as our own of ourselves, or that we owe anyone a right to view: Our self-awareness matters most to me, and that is why I say that I wrote Longthroat Memoirs for Nigerians. I think that is what is really relevant. That Nigerians identify with the book and love it and own it as theirs. I don’t much care to change any foreigner’s perception. That’s not why I wrote the book.

It took close to a decade to write and rewrite it. It took harnessing confidence that I did not have; much motivational prodding from Bibi Bakare Yusuf and Jeremy Bovenga Weate, the founders and publisher at Cassava Republic Press. Innovators like Ntone Edjabe, founding editor of Chimurenga Chronic, gave my quirkiness a chance. Ntone embraced my work and paid me for it. The regard and value he ascribed to my writing are one of the cornerstones of owning the mindset and confidence that I needed to finish the book. I had to go against the grain of my family background and beliefs, and I had to back my unsteady belief in myself with money and time that I had taken out of a small business that I ran for the decade before. In summary, it took many sacrifices and many good people’s support. 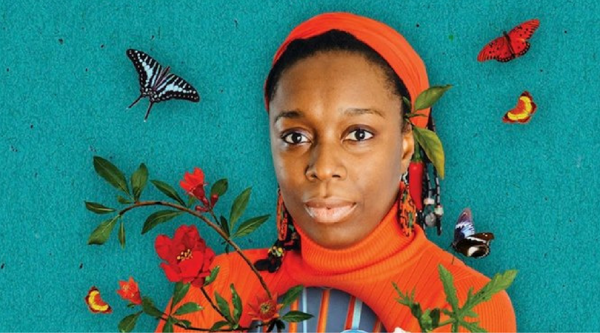 Nigerians are known to be particularly conservative and easily shy away when it comes to sex and sexuality – especially when it comes to women. But you wrote about it in a humorous, easy way. Did you worry that the book might offend the sensibilities of Nigerians or shock them?

I am not sure that I agree that Nigerians are conservative about sex and sexuality. That is not my experience. It has never been so in a context of rural life that I have seen and heard as a Yoruba woman speaking Yoruba, one that incorporates the use of analogies that are unequivocally sexual. There is something that we call a cheapskate in Yoruba – the literal meaning of the words is a man who sleeps with a woman on credit. As perplexing as the choice of words and their deep intent are in both English and Yoruba… In English, you hear the “muddle”, the almost innocuous reference to a man and possibly a prostitute… Maybe you hear it. In Yoruba, the words are very graphic, going out of their way to name a body part. You can’t deny what you are hearing. I know quite a few proverbs that are sexual; referring to circumstances that are not in any way sexual. They are daily bandied. What that suggests to me is that sex is very matter of fact in Yoruba and in many Nigerian languages. It is a fact of life that people don’t consider inappropriate to mention often. I knew I would not offend any Nigerian’s sensibilities. The book is very tame in the context of Nigerian expressions of sexuality. We seem to talk more about sex than we do about food. In any case, I have received a few accusations that the book did not deliver on its promise in the title as there isn’t any “real sex” in the pages.

In the chapter about egg, you wrote about testing virginity with eggs. Of course it was pretty hilarious. But it still bore signs of anger on how unfairly society treats women. One could feel the same anger coated in humour in the chapter about Tree Snails. Yet, you’ve completely shied away from labelling yourself a feminist – or associate yourself with any labels at all. Do you identify as a feminist? Could you elaborate more on the rationale behind your answer?

There was absolutely no anger being expressed in the chapter about eggs. I believe I was expressing perplexity at the process of testing virginity with eggs, because the story was borrowed from a much older friend of mine and incorporated into my collection of egg stories. I wasn’t experientially close enough to it to be angry. If it was written with humour, it was probably because of my distance from it. I don’t think I could have infused a grain of humour if the story were mine. I believe the owners of the story don’t find it funny at all, rather quite humiliating, and perhaps to prove that, the story came from a man in the family and not a woman. I’m not sure that the women were able to put the story in words. I don’t think I would be able to tell it if it were me and mine.

I have not shied away from being labeled feminist. Rather I have said quite categorically that I am not feminist. I don’t have to give more than one rationale – the power to name myself and be called what suits me. I think feminists paramountly believe in this power and uphold it and have fought for it from the beginning. I find it contradictory that people get upset when I say “don’t call me something or the other”. It makes me put my foot down, if you see what I mean. If anyone is going to insist on what I am called or what I am, if anyone had that right and I don’t give it to anyone. I retain it for myself. It would certainly not be feminists or another woman, or even a man. Not even my parents reserve the rights any longer. In the end, I don’t have to be anything at all but myself. And I decide what I am called. 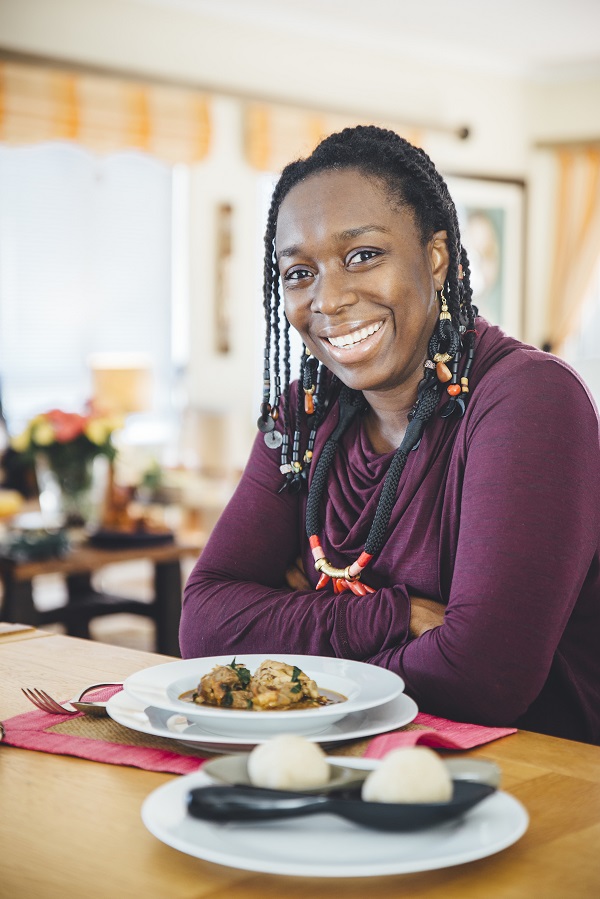 You could write about any other thing, why food?

I was offered a column at 234Next newspaper years ago to write about food, so food was the topic that successfully and without my overthinking it, bypassed my anxieties about my writing. I had to do it every week; write a food column and hand it in, whether I thought the writing was good/perfect or not. I handed it to an editor and thought about the next week. After mechanically carrying out that process for two years and a few months, I had a book, whether I wished and planned to or not. There was no going back from that point of course.

Writers are said to discover themselves either through or after their writing, would you say same happened to you?  IF yes, in what way and how does it relate to the purpose of the book?

One of the greatest ironies of writing, in my opinion, is that you can write for a hundred years, write reams, but until you have something that resembles a book, you are never allowed to call yourself an author. You might not even be recognised as a real writer. You are denied that state so important to writing – people won’t leave you alone. They just won’t go away and let you write in peace. So I had written enough to fill a book before, but until my name was in front of Longthroat Memoirs, the book, I had not justified sitting down at a table and pounding on a keyboard for hours and calling myself a writer. The book saved me from the scrutiny and pressures from well-wishers and family and friends. It earned me the headspace to write more books. It gained me a lot of respect. All of these good things are naturally favourable additions to my life and future. And they confirm that I am indeed a writer.

Any other book in sight? 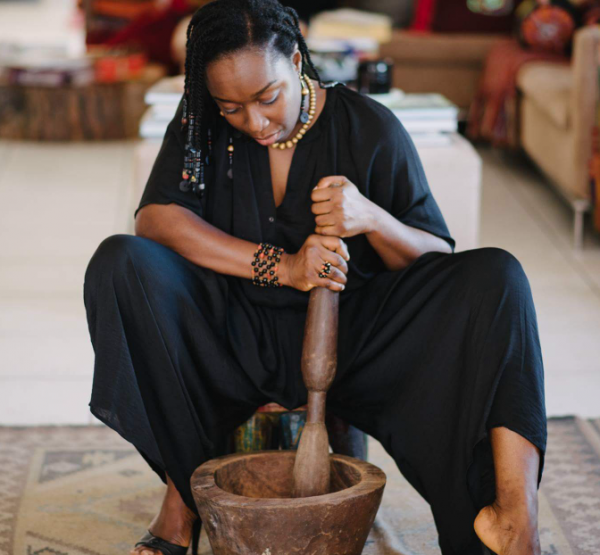 How important is the Nigerian culture to you and telling the story about it right?

I wouldn’t say that I have any confirmed allegiance to representing all of Nigerian culture. I have to be careful of the generalisation because I only know very little of all of Nigerian culture. That is I know the part where I was brought up and what I was taught, and what I have observed. I have experienced bits and pieces of other parts and to tell the truth I have rejected many bits and parts of the little I know. I believe that the culture of any place is like the Sabbath – it was made for man and not the other way round. You will find accusations against me that I am not a very “cultural” person. And I have often rubbed people up the wrong way for not being respectful enough or being unwilling to follow through on what is considered traditional. I once took it quite personally when the men in a room were offered kola and because I was the only woman, I wasn’t given any. The custom was that women were not given kola. I didn’t care for the weight of the custom, I was offended even though I did not voice it. You won’t find me denying accusations of disregarding culture, so I won’t be able to say that Nigerian culture is as important to me as people are. I would rather tell people’s stories and if culture is part of the stories, then that works for me. One can’t very well deny the context of people’s lives. If I see cultural practice that is longstanding but corrosive to the soul, I won’t embrace it for the sake of being considered a real Nigerian and I certainly won’t propagate it out of a sense of obligation to tell stories.

Does Long Throat memoirs do political justice to what has become a cultural identity crisis Nigeria suffers today?

What made Long Throat Memoirs so intimate in personal relation to you?

In the end, it’s about the food that I cook and eat and the people and country that I know and come from.

You studied law, did you ever practice?

No. Not for one day.

How much do you love food

As much as the next person I suppose. Perhaps just a little bit more.

10 ways to identify a happy mum