Wizkid, Tiwa Savage, Jay-Z and Beyonce have been announced as some of the artistes that will perform at the next Global Citizen Festival.

The event is scheduled to hold on December 2 at the FNB Stadium in Johannesburg.

The show will be the culmination of the Global Poverty Project’s ‘Mandela 100’ campaign — a series of events honouring the life and legacy of Nelson Mandela in his centenary year. 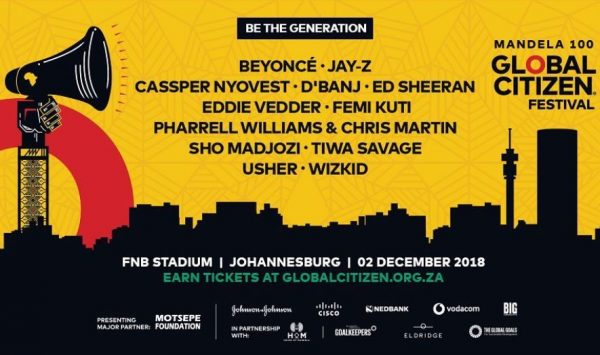 The festival aims to raise money to end extreme poverty by 2030 and encourage a new generation to follow in Mandela’s footsteps by campaigning for change.

It also hopes to inspire social activism by having celebrities and leaders publicly commit to making a difference.

Commenting on his participation at the festival, Femi Kuti who recently hosted French president Emmanuel Macron at the New Afrika Shrine said: “The Global Citizen Festival: Mandela 100 is a great opportunity to use the emotive power of music to draw attention to the issue of extreme poverty globally.

“I look forward to joining the shining lights of this generation to inspire citizens and governments to end this.”

Here are throwback photos of some top Nigerian singers

Wizkid to release four mixtapes in 2017, one with Wande Coal