“Give it up for this young cat, the star of the future…” — It was mid-2008 in Lagos State University, Ojo campus, and the speaker was rapper MI Abaga. The members of his audience were undergraduates who had converged on the theatre arts department’s pavillion.

It was not a solo show but MI was among the headliners. A telecommunications company had brought several artistes to perform for students without charging a penny.

It was the day LASU undergrads would get introduced to Ayo Wizkid Balogun, who was at the time, a student of the school and a star in the making.

He was already quite known among some students, as there was always a swagger about him and two to three girls around him, sometimes with a boy or two in tow. He had the makings of one who was different, and although many didn’t know what to make of him at the time, his journey to greatness was already in motion.

Several years down the line, Wizkid is the closest thing to a global star Nigeria has had since Fela Kuti, and while his ascension keeps progressing, his feats are steadily piling up.

On Friday, September 29, the son of Balogun, a young African star from Ojuelegba in Surulere, joined the fray of music legends who have sold out the Royal Albert Hall in London, UK.

The venue is prestigious for many reasons, one of which is that some of the greatest musicians of all time have graced its stage and given stellar live (and solo) performances.

Assisted by the impressive Yxng Bane, the Nigerian whiz kid of Afrobeats brought upon the Royal Albert Hall a party never seen before — and courtesy of live streaming, fans of the singer who were not in London had the opportunity of watching the historic concert. 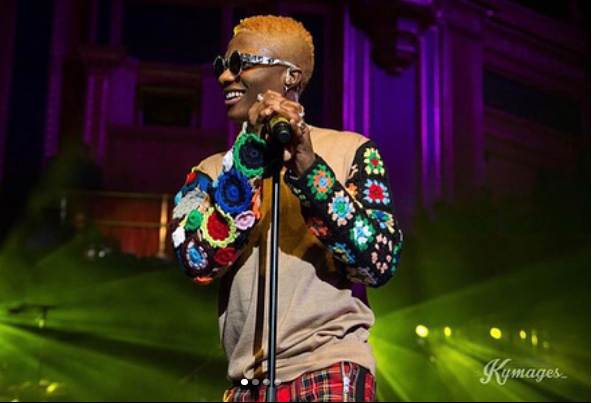 WIZKID HAS A PROBLEM

When you have a large catalogue of hit records, and a loyal fandom that can sing them word for word several years after they were first released, then it’s a good “problem”.

To Wizkid, that oxymoron has earned him perpetual bragging rights.

Almost during every interlude, the singer would shout “You know what Wizkid’s problem is? Too much hit… too many classics,” after which he would delve into another one which would be chorused and chanted by the doting audience.

From the party-starting ‘Pakurumo’ to the infectious ‘Tease Me’, every offering of “the real Starboy” — as he declared himself when he got onstage — was indeed ‘a beautiful problem’.

Although it was MI Abaga that linked him up with Banky W, whose Empire Mates Entertainment (EME) record label thrust him into the spotlight, the one person Wizkid believes did the most for him in the music industry is Wande Coal, his “day one G”.

And so it was inevitable that he would allow the ‘Iskaba’ singer share in his special moment.

After inviting him onstage, he said Coal had been his backbone from inception, and also shared the story of when he once got denied Visa to travel to London for a show and how the Black Diamond lifted him from his downcast mood with words of encouragement that have now become reality.

Wizkid went as far as saying, “This guy is the only person I respect in African music” before quickly adding that “I respect every other person”.

Afterwards, he exited the stage for Coal to own it for a few minutes — and boy did he!

Some songs are too “spiritual” to be sung once, and in Wizkid’s world, ‘Ojuelegba’ is one of such.

Describing it as the national anthem of Africa, he thrice performed the song which firmly put him on the global map.

Before his first rendering of it, he asked for the lights to be dimmed and prompted the fans to whip out their phones and wave them in the air.

Wizkid wanted the mood solemn enough for the hit song — and it was only natural that he got that which he desired.

After the first performance, he asked the band to repeat the instrumentals for an encore. Again, as the show climaxed, he repeated the song which he says has done a lot for himself and his family. 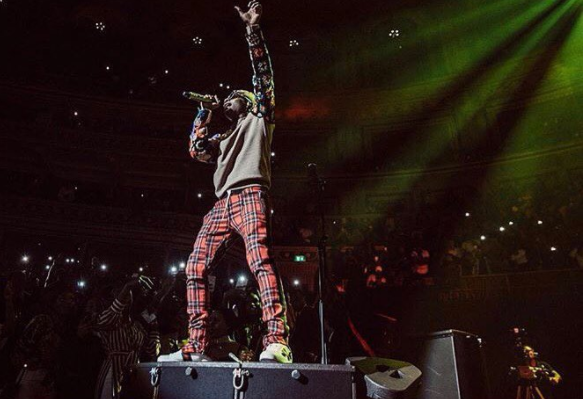 From start to finish, the audience was fixated on the star attraction — not even when he lost his breath and struggled to control his vocals did they lose interest in what he was saying and singing.

The love was pure and the Starboy made sure to reciprocate it by giving all of himself and occasionally thanking the fans for helping him get to his current position as arguably the number one artiste in Africa.

At various points during the show, fans hopped on the stage to dance with the singer who welcomed them and fully partook, while dissuading security from yanking them off.

Such was the extent of the love the Starboy received from the sold-out crowd, and gave back, on the historic night.

After having an incredible year which is still pregnant with more achievements, no one can tell how far Wizkid, the shining light of Afrobeats, can take his craft.

Although his next dream venue is the O2 Arena, for now, he has earned the right to bask in the euphoria of being the first Nigerian artiste to perform at the Royal Albert Hall as a headliner. The Starboy yet again joins an exclusive list of trailblazers.