The Wedding Party, Three Wise Men… 10 movies you should see this weekend

Synopsis: The movie follows a village champion with an ‘earthquake English,’ who travels from Nigeria to Kenya to work for a female boss. 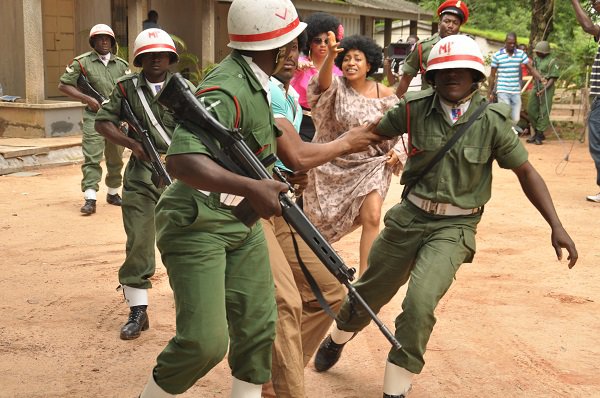 Synopsis: The story is told from two points of view: that of a young pregnant woman, and her husband, a soldier accused of being involved in the 1976 military coup and assassination of Murtala Mohammed, who was then Nigeria’s head of state.

Synopsis: A suburban couple becomes embroiled in an international espionage plot when they discover that their seemingly perfect new neighbors are government spies.

Synopsis: The three wise men is a dramatic comedy that humorously presents the follies of three aged men. The comedy satirizes the actions and intents of three elderly men in their mid/late 60’s who struggle to relive their lost youth.

Synopsis: Set in Lagos, Nigeria, ‘The Wedding Party’ is the story of Dunni Coker (Adesua Etomi), a 24-year-old art gallery owner and only daughter of her parents about to marry the love of her life, IT entrepreneur Dozie (Banky W). The couple took a vow of chastity and is looking forward to a ground-breaking first night together as a married couple.

Synopsis: Colorless” is a thrilling drama which shows that hatred has a limited. Dave and Ralph are twin brothers. An accident on their tenth birthday left Dave incapacitated. Now, years later he is bent on destroying the life of his twin, Ralph and that of everyone else around them.

Synopsis: The rebellion makes a risky move to steal the plans for the Death Star, setting up the epic saga to follow.

Synopsis: Vampire death dealer, Selene (Kate Beckinsale) fights to end the eternal war between the Lycan clan and the Vampire faction that betrayed her.

Synopsis: When Callum Lynch explores the memories of ais ancestor Aguilar and gains the skills of a master assassin, he discovers he is a descendant of the secret assassins society.

Synopsis: The adventures of writer Newt Scamander in New York’s secret community of witches and wizards seventy years before Harry Potter reads his book in school.

J. Cole teases 2020 release date for ‘The Fall Off’ album