INTERVIEW: Zee World is taking over… our wives watch it all day long, says Victor Osuagwu

Victor Osuagwu has for many years entertained fans of Nollywood with his comic roles and animated interpretations of his characters.

But in the past few years, his works and television presence have become few and far between – a situation the actor chalks up to growth and interests in other ventures.

In this interview with TheCable Lifestyle, Osuagwu speaks on the development of Nollywood, government involvement, the wane of professionalism and his personal projects.

Many are of the opinion that the old faces of Nollywood are starting to fade away as a result of their thinning presence on TV.

First of all, I disagree with your opinion about old faces not being there. Entertainment is supposed to be a growing industry, and most of the characters you see every day are growing with the industry.

So many of them have turned directors, producers, and writers. So if you are not seeing them in the home video or maybe on television, it does not mean they are not working.

There must be growth, there must be development. Most people are selective about the kind of work they do, the kind of script they get into. So many of us are into different businesses. Some are into politics.

Nowadays, it is believed that there is a high level of unprofessionalism in the industry. Do you agree?

The entertainment industry, if I am not mistaken, is a porous industry where everybody just comes through. If you are applying for work in the bank or oil company, and maybe nobody takes you and you are not employed, the next thing you think about is switching to entertainment, so whether you know it or you don’t know it, you just have to try your luck to see if you will make it in the industry. 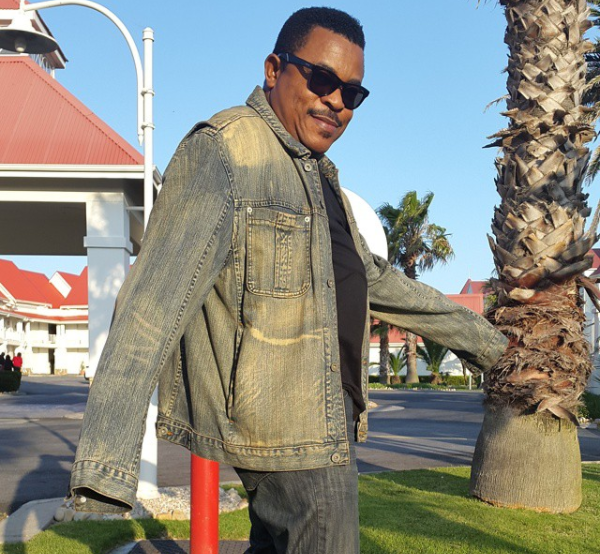 Isn’t this why the old hands should be more involved to be able to guide the new faces, and you know, maintain the standard?

Okay let me just take you a little bit on some of those hierarchies in production; we have the executive producers, we have the director, writers, and in this hierarchy, there are people who sponsor. The producer brings out money to sponsor work, he goes for the best, he wants to choose his character to create a market for himself, he wants to choose a market where he can make more characters for himself.

The producer goes for the upcoming ones whom he can pay without having problems in the cost of production. So I don’t think there is any mistake about it because the younger ones must grow, there must be an opportunity for them to come out. All of us came out that same way; it’s not like we were perfect when we came out.

For me, I have my own production company where I build up new people. The people who have the opportunity of working with me must have gained a little from me because of experience. I am not saying I am perfect or I have given them all they need, but I believe that one day, all of them will come to perfection, if not perfection, at least close to perfection.

The younger ones don’t listen to corrections on set, Someone like me, if I am with Olu Jacobs or Kanayo O Kanayo on set, I listen, I watch them act, I pick up one or two things.

Nowadays, production levels have changed. Back in the days, we had to go for auditions and rehearsals for you to get a role but those things don’t happen again. Some of them give out jobs because ‘it’s my friend’, because ‘he is my family member’ or ‘he has money to pay for it’.

Also, because of saving cost, they don’t want to go for rehearsals. But rehearsal brings unification between two characters so that there will be proper synergy. These things are not being obeyed.

And that is why Zee World is almost taking over. Our wives, our children, they sit down from 6 o’clock till 10 o’clock watching it. It wasn’t like that before. Before, everybody was watching Nollywood, but things started changing when the acceptability of our work reduced because of the quality of output.

I think one of the greatest problems and challenges we have is that government is not supporting the industry.

But government gives out loans for these projects, even grants.

Yes, they give out loans, no doubt about that, but sometimes the people who are sorting it out may not be professionals. Sometimes these loans are given to people because ‘I am your brother’. There must be laid down procedures by the government.

The federal government should be able to support those who are putting money into this business. I want you to understand that whatever we are doing, we pay for it. Before we shoot, we pay for wherever we are going to shoot. We ask people to give us space and house to shoot because we can’t build it, we don’t have enough money to start building sets.

The greatest problem is the lack of support from the government, this is an industry that has employed millions of people. If Nollywood can employ more than 10 million people without the support of government, what will happen if the government comes in? The support we have is only from our brothers who are into business, who are into electronics. 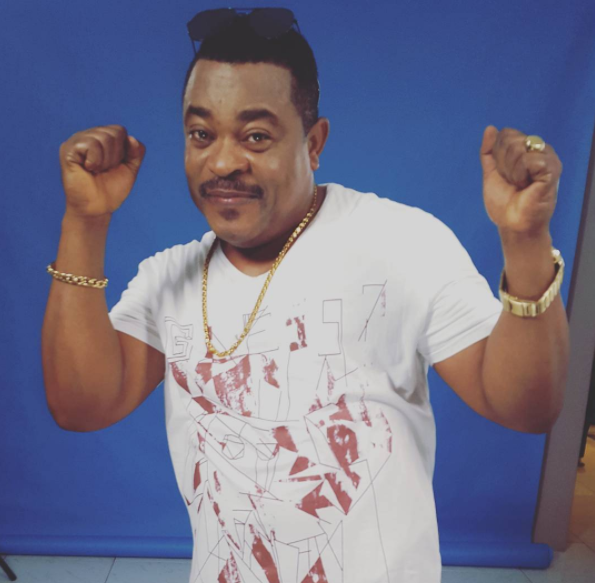 What projects are you presently working on?

When we were talking about the old faces that we are not seeing in movies nowadays, I told you a lot of things are going on; so many of us are brand ambassadors to many companies, doing PR for those companies, that’s why you don’t see most of them in the industry because the companies engage us.

I have established my own company, I and my friend registered a company called Nollywood Comedy Club, and we are shooting so many things, we plan to go around the country to give upcoming ones the opportunity to exhibit their talent.

Nigeria has a lot of talents, and when it comes to entertainment, it is the highest. Some people don’t have the opportunity to showcase themselves, so this company gives the opportunity for them to showcase their talents. Are you are a good writer? Are you a good dancer? Do you write songs? Do you sing? Do you dance? Do you act? These are opportunities that can help them.

Why have you not embraced social media to promote your craft like the young ones?

It is just like AY, Bovi, Akpororo and the rest of them; these guys have built up content for themselves. There is no need for me to come and start shouting.

The shouting is not a bad idea, but it is better if you have something on ground to back it up.

Have you ever considered stand-up comedy?

I do, I still do, but I don’t take it as my primary assignment.

I would be glad to organise a stand-up comedy/entertainment show.

What about a one man show?

Why are you not doing comedy skits?

I have more than 100 skits, I am building up all those things, I am building a website. I don’t want to use other people’s platforms to showcase it. This is the first time I am letting all this out. I will have my own platform for it.

Are you going to monetise them?

There are some of them that we were even be dropping, but we stopped. People were making money out of them. So I must have my own platform and monetise them.