The University of Ibadan (UI) has been named among the top 500 varsities in the world in the 2021 Times Higher Education (THE) rankings.

On Wednesday, THE released its rankings for the year 2021 wherein UI emerged in the 401- 500 band and the best in West Africa.

Reacting in a statement, Idowu Olayinka, vice-chancellor of UI, commended the institution for the achievement despite the “fiercer competition engendered by an increase in the number of universities assessed worldwide.”

“The Times Higher Education World University Rankings are the only global performance tables that judge research-intensive universities across all their core missions.”

“We acknowledge with thanks the support of the federal government under President Muhammadu Buhari, GCFR, the Federal Ministry of Education under Mallam Adamu Adamu, and its agencies.

“We trust we can always count on your invaluable assistance and encouragement in the years ahead. Congratulations to all of us in the UI Project.” 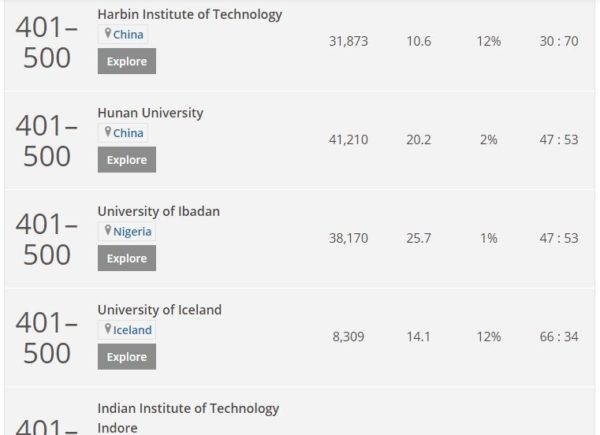 The University of Oxford claims top spot for the 5th consecutive year while University of Cambridge dropped three places and was ranked at sixth in the world.