Tonto Dikeh: The best part of my body is my private part

Tonto Dikeh, Nollywood actress, singer and humanitarian, says the best part of her body is her private part.

The controversial film star stated this emphatically during a video series titled “50 questions with King Tonto”.

She had previously asked fans on her Instagram page to drop 50 questions they would love her to answer.

When asked what is the best part of her body, the 34-year-old mother of one simply said her “private part.”

PLEASE HOW DO I BLOCK MY CHURCH PEOPLE FROM SEEING THIS POST? 🥵🤢🤢🤢☹🥵🥵🥵🥵 #HALLULEYAH SOMEBODY #FOOD IS READY #MAMAPUT #YOUTUBE #LINK IN BIO

Asked who is her celebrity crush, she said “I don’t crush on anybody in the industry… I just know that I have someone that I like to f***.”

Tonto has always made the headlines for several controversial reasons. In September, she had narrated how witches pressed her chest while sleeping at night.

The Nollywood star also admonished her fellow ladies not to sleep with plenty men just to get the new iPhone 11. 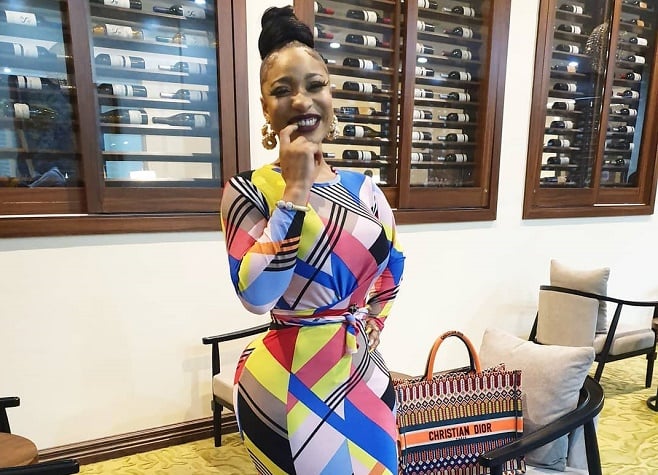 In August, the controversial actress said she had to undergo plastic surgery to have her bum fixed.

“Almost everyone knows, before now, that my physique wasn’t always right. If I had denied undergoing plastic surgery, fans would come trolling me for not revealing the truth,” she had said.

Nigerian parents are difficult to impress, says Wale, US rapper