Temilade Openiyi, the Nigerian singer better known as Tems, has been credited as a songwriter on Beyonce’s forthcoming album “Renaissance.”

On Wednesday, the Grammy-award winner shared the tracklist for her seventh studio album.

A picture displaying the comprehensive list of songwriters of the soon-to-be-released project started circulating on social media.

In the list, the ‘Crazy Things’ crooner was credited to have been part of the group of songwriters who wrote the tenth track titled ‘Move’. 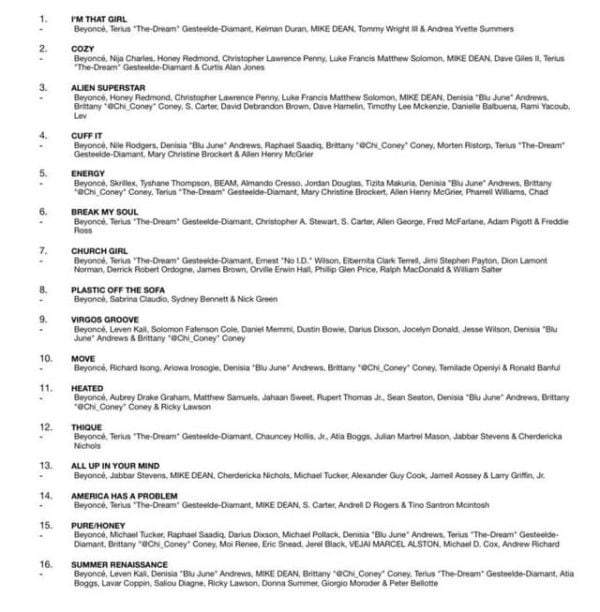 ‘Renaissance’ houses 16 tracks. The project is scheduled for release on July 29.

Tems has established herself as a prominent name in the Nigerian music industry, bagging numerous awards and nominations to her credit.

She gained international prominence for her role in ‘Essence’, her collaborative song with Wizkid. She thereafter enlisted on songs with Future and Drake, the international rappers.

In June, she won the ‘Best International Act’ category at the 2022 BET Awards.

The win made her the first Nigerian female artiste to clinch the prestigious category.

She also won the ‘Best Collaboration’ category alongside Wizkid and Justin Bieber for their roles in the remix of the hit song ‘Essence’.

I want to grab a Grammy, says Oritse Femi