INTERVIEW: I used to be reckless with women, says Teddy A

The entertainer came into the limelight after participating in Big Brother Naija show, where his romance with fellow housemate BamBam turned heads and gained admirers.

Since the show ended, Teddy A has been active on the entertainment scene, featuring in a couple of Nollywood movies, fashion campaigns and has two singles to his name.

In this chat with TheCable Lifestyle, he talks about his new movie ‘Unsane’, life as an actor, recording artiste and his relationship with women.

What role do you play in ‘Unsane?’

I am playing John Okafor, a very bad guy; rich, arrogant and involved in so many illegal things.

Is this your first movie role?

Not at all. This is my fourth movie appearance since the conclusion of Big Brother Naija.

How do you juggle your career as an artiste and actor?

It is not easy but of course, you all know I’m into fashion, music, acting. For me, all forms of creative art is an avenue of showcasing one’s self because presently the only thing I cannot do is to draw.

Which one of them do you find most fulfilling?

Music is what I find more fulfilling because that has always been my first love but of course acting, on the other hand, is what I also want to be involved in but I wanted the right time to do it.

I did not want to come out as an actor and be storming different auditions trying to get roles and be paid peanuts. So, I decided to wait for that moment when bigger opportunities will come and filmmakers will want me to be a part of their projects.

After Big Brother, many expected you to put out several songs. Why the slow pace?

Well, what a lot of our fans don’t know is that producing a song takes a lot of creative process. That’s why since the end of Big Brother, I put out a song titled ‘Down’ and now I’m working on releasing another song, ‘Balance’, featuring Bisola Aiyeola and Iyanya. 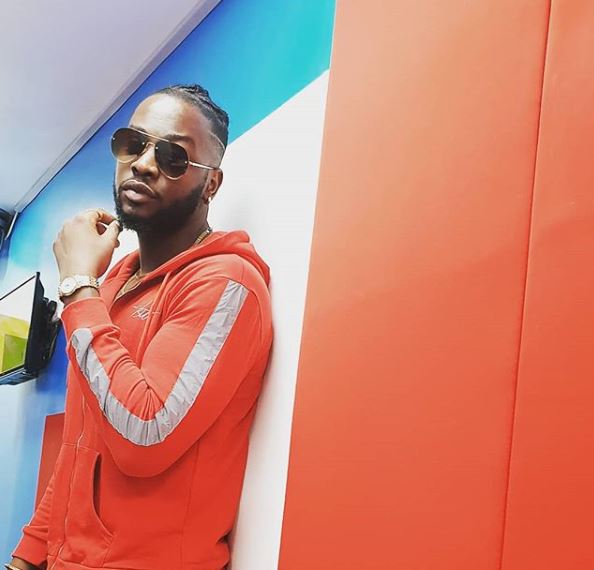 Why just one song since Big Brother ended?

You think it’s easy to be putting out materials. First, you have to think of putting out the right material that people like, and with a message in it.

I don’t want to be your regular kind of artiste. Truth be told, I have songs but then again the last song I dropped was about a month ago, so that’s enough.

Why the choice of Bisola and Iyanya on the new song?

I felt they are the ones who would do justice to the material. Bisola is a talented artiste who can sing and has an amazing voice and Iyanya is a great musician.

You floated your own record label. How is it doing at the moment?

It’s going well and presently, I am the only recording artiste on the label. Setting up the label was not just about showing off, having in mind that involving in such requires certain structure and standard. I have done a few of my own personal shows and listening parties under the supervision of Alpha Records, however, I do not have any artiste signed up for now but as we expand and grow, we might be considering that.

You and BamBam seem to be going strong while other BBNaija couples have been involved in one controversy or the other. How have you been able to manage your relationship?

First of all, I do not like to talk about my personal life but then as far as drama, I am not the dramatic type who likes controversies because I am all about work, making money, taking care of family. I’m sure BamBam sees life this way too and that was why it was easy for us to connect in Big Brother.

I don’t know what is going on as far as other housemates in terms of relationship like you say but then everyone needs to be focused on why they went into the house in the first place — which is to be bigger and better.

With several controversies and fights on social media, has it ever occurred to you to call your fellow Big Brother contestants to order?

In the house, I did a lot of advisory role with some of the housemates and that was because we were all in the house together but presently everyone is in pursuit of his/her goal.

I am not in their lives, everyone is busy. We connect with one another at our leisure time but at the moment I’m not in the position to advice anyone unless I’m reached out to and I will render my own advice. They are all grown up men and women. 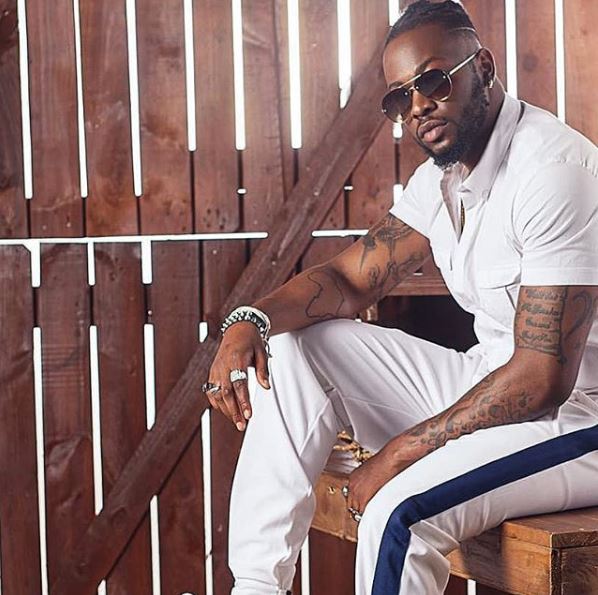 How have you been managing female fans now that you are a public figure?

I like to make them know they are fans because you really don’t let that get into your head because the same people that are talking now didn’t even know you four years ago, so I don’t see their comments as anything.

I see it as grace because you can be the finest guy and you won’t have any comment on your social media pages but the fact that I receive their comments alone gives me joy and further shows that I am being appreciated.

How do you feel when you read negative stories about your brand? For instance, a lady once said she had sex with you on the plane.

You will recall that when the lady accused me having sex with her on the plane, I never reacted to it because I know there was no iota of truth in it and a few days after the news went viral, the same lady came out to say her social media page was hacked.

You see if the story was true then and I had reacted, it would be trending till now but the fact is that since BBN, I have prepared myself for any eventuality so most times when I see these stories, I laugh about them.

You are an alpha male and ladies love that. What is your social media DM like?

My DM is active

What kind of pictures you do receive?

Am I supposed to reveal that to you? Well, I get pictures of Jesus Christ most of the time. But seriously, you don’t want to imagine what my direct messages look like. 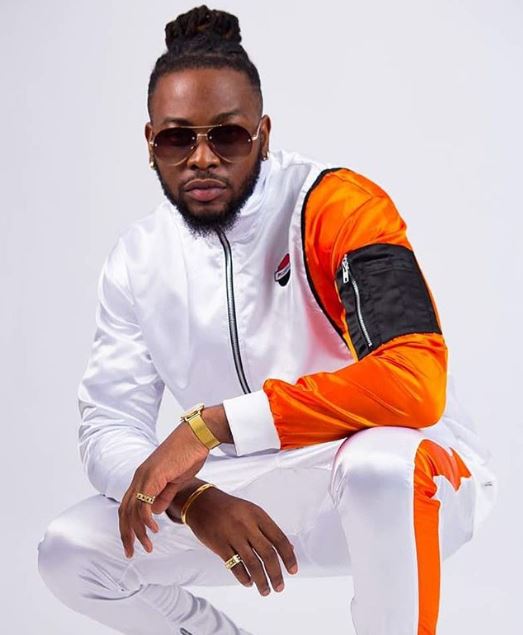 The year is drawing to an end. What else are you working on?

As you can see, I’m currently rounding up on the set of ‘Unsane’. I have featured in several movies and to top it all, I have been approached by directors who want to work with me. I have a new song coming out, a couple of shows, and my clothing line will be releasing beautiful collections.

Don’t you think your involvement in movies will affect your music career?

Like I said earlier, music is my first love and nothing changes that but the truth is that I feel you should be able to multitask and be able to juggle and balance things well. It’s all about scheduling. In the end, it’s all about prioritising your time.

Can you act nude?

How much are they paying me?

Is that a criterion?

There has to be money involved.

How much are you looking at?

Let’s wait till then. Bring the script and we’ll take it from there. 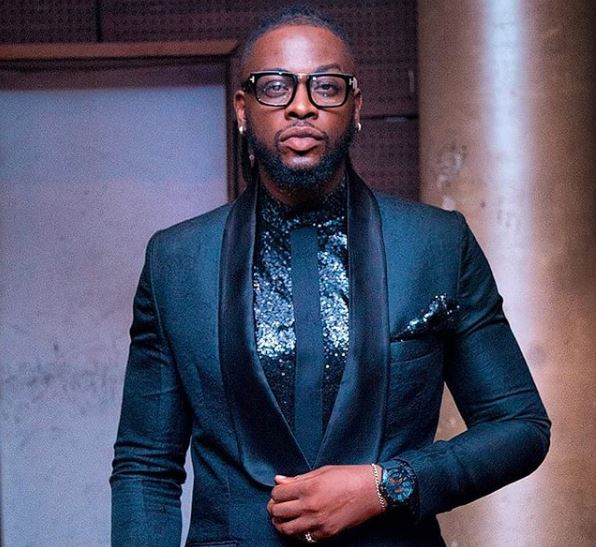 Fatherhood is great. I am enjoying every bit of it and I currently miss my son because I have not seen him in a while because I am here in Nigeria.

How many tattoos do you have?

Currently, I have about 15 tattoos.

Definitely, they are all symbolic and one of the (most) symbolic ones is the baby in the cloud tattoo because I had it when my baby was on the way.

Will it be right to say you are mummy’s boy?

Every man is a mummy’s boy. I was raised by a single mum and I feel like any man who is close to his mother will know how to treat women right.

You were raised by a single mother. What did the experience teach you about woman?

Being raised by a single mother made me appreciate women better because, before now I was reckless with women and over time, I realised that it was not the actual thing I want for myself because it does not really work for me.

Kunle Afolayan: How my late dad’s choice of 10 wives distracted him

Brent Renaud, US filmmaker and journalist, killed in Ukraine ‘by Russian soldiers’