Tchidi Chikere, Nigerian movie producer and actor, has reacted amid rumoured collapse of his marriage to Nuella Njubigbo.

The duo tied the knot in 2014 and welcomed their first child, a girl, shortly after.

But rumours of a potential crack in their marriage swirled a few weeks ago after Sophie Williams, Chikere’s ex-wife, hinted that the union had crashed.

“Wetin dey happen to one love made in heaven?” Williams had written in the now-deleted post. 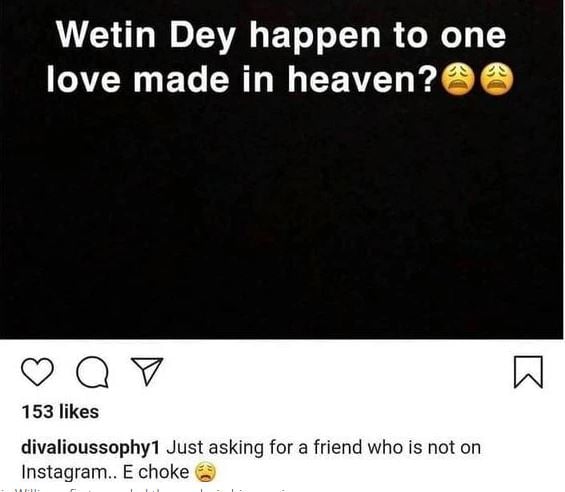 The pair had dismissed the rumoured split at the time. But shortly after the development, the couple had attracted attention to their union after they unfollowed each other on Instagram.

Njubigbo further heightened the rumours after she removed her husband’s surname from her Instagram profile.

The movie star’s Instagram bio which previously read “mother and wife” has also been changed to “award-winning filmmaker, mum, CEO”.

Chikere had on Saturday shared several posts suggesting that the marriage may be witnessing some challenges.

“Pain will leave once it is done teaching you. His grace has brought me this far.. he is still with me,” he had written.

On Sunday, the filmmaker appreciated those who have so far reached out to him to show their support. He also tackled his critics amid the rumours.

“To those who have reached to me via phone calls and DMs and offered a word or prayer for my family, may God in his infinite mercy bless you all,” he wrote.

“To those who believe crap and judge what they know nothing about and a man they do not know and never came across, I wish you what you wish me. Life is good because God is still on the throne. It’ll end in praise. Shalom, I move.”

Njubigbo has not reacted to the development as of the time of this report.

Simi: Social media is a drug… you always want a fix