At the punch of the first piano key, the subtle magic of Tori Tunmishay’s signature tune begins to unravel itself. Soft guitar strikes of low frequency follow suit in an undertone relationship with the primary sound. A sonic component on a par with those of drum plates joins in harmonically, yet, in a manner too rudimentary such as to become dissimilar to the complicated hi-hat patterns of Trap.

Then came the periodic beats that sounded like striking a hollow wooden surface with a drumstick — preceding the arrival of the bass drumbeats pleasing to the ear such that they come off as simulated. It is the alternative songstress’ imposingly sonorous voice that ushers in astonishing synchrony. Her single titled ‘Black Girl Magic‘ is a tribute and melody for the black-skinned woman who grapples with stereotypes of what beauty among Africans should be. 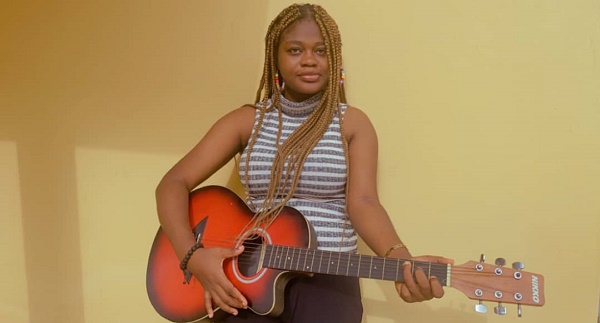 “My experience recording ‘Black Girl Magic’ wasn’t so tough. The producer is a friend so everything went smoothly. I wrote that song when I was 18 because there weren’t a lot of songs celebrating dark skins. It didn’t have a lot of representation in the media. This was way before Beyonce’s ‘Brown  Skin Girl‘. But I did write it when I was 18,” said Tunmishay — real name Tunmise Akinrogunde — during an interview with TheCable Lifestyle.

“I didn’t even know when I would release it. I just knew it was a nice song, wishing other girls like me would listen. So I write songs and keep only to record them when I feel the time is now right. In the song, I had looked to pass a message about loving yourself because there’s a line that says it doesn’t matter whether or not you’re curvy or skinny. There’s this notion that a black girl must look a certain way. Ideas about being girly; curvy with shiny skin.

“If you don’t fit into that, then people view you as being less than what you’re worth. People have that stereotyped view of an average black lady, whom they often expect to be of shiny skin, with a curvy physique and a big afro. The song’s idea was to send the message that we come in different shapes and forms, not just the way they picture us.”

In songwriting, it is commonplace to see Afropop artistes dwell on such themes as love, the typical urge to escape one’s country for greener pastures, sexuality, and party life. But Tunmishay opines that there are compelling stories about the everyday narrative of Nigerians that artistes fail to pay attention to. For her, narrative songwriting that addresses relatable peculiarities in the country’s social space is still something that remains largely underexplored.

“Growing up, I watched musicians, both indigenous and foreign ones. There’s Taylor Swift. I’ve always loved the storytelling in music and she does a very good job at that. I learned how to play the guitar. When I was in secondary school, I was in a music group — part of an orchestra — where I got to learn the violin and the keyboard. I just loved songwriting, that idea that you express yourself and make people feel something from listening to you,” she said.

“I loved the idea of music as an instrument for storytelling. I’ve also been a big fan of a league of Nigerian musicians including Tiwa Savage. I love that she’s breaking stereotypes and thriving as a female in the industry. Davido is also doing pretty well for the Afrobeats movement by taking his sound to the global stage. It’s a beautiful thing. I love Waje too; she’s a vocal powerhouse. Even Omawumi. All these artistes are doing really good for themselves.”

As a final-year Biomedical Engineering student at UNILORIN, taking her first stride into music has been no easy feat. Music had been something of an obsession for her until 2016 when Tunmishay decided to work out her career path as a musician. Long before now, she had kept a catalogue of songs that she hopes to record in due time while she forges ahead with her bid to secure a juicy record deal with top brands like Davido Music Worldwide (DMW).

“Engineering has been a tough one so that I couldn’t really do much pertaining to music from my first to my fourth year. However, the pandemic has offered me free time to record and do more music. I believe that when I graduate, there’ll be even much more time to fully focus on my music projects and work out my sound. I’m still putting my EP together. It’s going to dwell on my thoughts prior to graduation from university and moving into the real world,” she said.

“The pandemic gave me a lot of time to think about the genre I want to go into and the kind of music I want to be making. I also got the chance to do a lot of songwriting. It practically gave me a lot of time that I didn’t have before. I’ll love to be signed to DMW. I’m independent; trying to pull my weights. Of course, I look to work with a lot of top Nigerian singers like Tiwa Savage. From there, I’m confident I would get to work with international artistes. 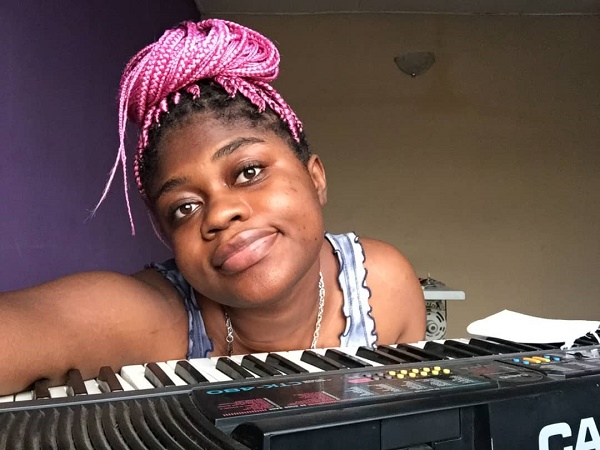 “I’m a big dreamer, so I see myself known internationally; touring Africa, Australia, North America. I see myself headlining late-night shows in Hollywood. Labels can’t sign artistes who haven’t proven themselves. I want to put out more music, including an EP or maybe two. I don’t actually see myself working as an engineer. It’s something I studied as a plan B. I could have done music in school but you’d agree it’s scary to put all your eggs in one basket.”

Beyond her extended play, what’s rather interesting is that Tunmishay’s 10-track live album is now in the works.

“I plan to release my first project in April or May. It’s not my EP. It’s a live album. I call it a live album because it wasn’t recorded in a studio and each song in it was recorded in just one take. The title is ‘Funmiwa’. It’s basically a figment of my imagination on a middle-aged woman who was orphaned at age 19. All she wanted was to escape and find happiness again. It has 10 songs in it and each song is from a different phase in her life,” the songstress explained.

Further recounting the influences she had over the years, Tunmishay, who is the first child of her father (a doctor) and her mother (an editor), credits her parents for the tutelage that encouraged her to pursue all her passions.

“Never was there a time when they imposed their choices on me or forced me to focus solely on academics, as we can see across a lot of homes. I went to music competitions. In fact, it was actually my dad who bought me my first keyboard while my mum spared me some cash as well for my first guitar. So when you talk about growing up under the tutelage of my parents, they’ve always been open-minded and supportive,” Tunmishay said, with a tender smile.

“I had a normal childhood; nice family. I mean, you go to school, come back, and meet your parents. They’ve always been supportive of my decision to pursue a music career. The main challenge I think I’d say I’ve had would be the money because I’m independent and still in school. You need money for promo, to pay producers, and everything.”

Even at that, Tunmishay is in the know of the challenges that are ahead for her as an emerging female singer in the country’s music industry and she didn’t mince words expressing her readiness to take on them — from the confidence in her tone. She goes ahead to address the topical issues that border on female participation in the music scene, pointing out the need for ladies to understand that they can pursue a successful career despite the demands of motherhood.

“I don’t think it’s just music. I think it’s everywhere. The difference between male and female participation can be so glaring. Everywhere you look, you find that there are more males being given the chance to thrive. That’s why we need the idea of feminism to empower women and help them be equally competitive. We need to put the word out. We need to make them understand it’s okay to be able to have a family while running a thriving music career,” she said.

“It’s okay to be pregnant while you work instead of trying to feel ashamed. I mean, Simi did it. I feel that if more people can achieve what she did, more others would follow in that direction. That way, I think it will get better. I’ve seen a lot of artistes being more assertive. There are things we don’t say before that we’re no more scared of voicing out. Look how Simi freely talks about her feminist ideals. There were times when we were scared to air such views. 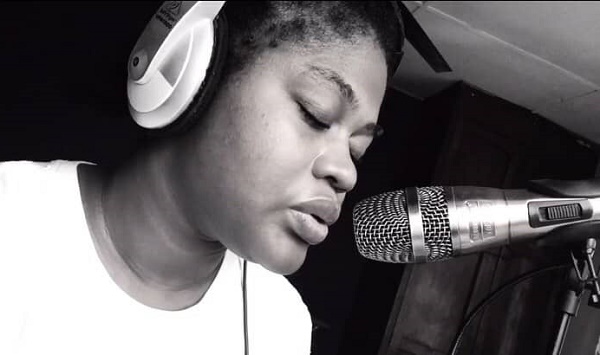 “We’re more assertive unlike before when we used to be quieter and accepting of the way the industry and what it throws at us. Last week, I heard of the first record label owned by a woman in Nigeria. I see a gradually increasing level of female participation in this creative space and I’m more hopeful about what the future holds for us. To my prospective fans, I do hope you’ll all enjoy the music I put out and also that you’re supportive and understanding.”

On making socially conscious songs and seeing musicians as people of great influence, Tunmishay added: “I think it’s pertinent that music touches on these things (sociopolitical issues). As artistes, sometimes we don’t even realise the authority our platforms can have. If you have the voice to tell people what’s right, do it. DJ Switch could’ve kept mum but she spoke. The extent to which you do this then depends on what you’re comfortable with as a person.”

Seyi Shay on Nigerian Idol: I’m not a psychiatrist… I was paid to judge