SPOTLIGHT: Mathew Alajogun, the filmmaker who cooked up lies to escape medical school

But his zeal to go the ins and outs of film production wouldn’t have come to fruition without some meticulously concocted lies. Admitting to his parents that he had no desire for medical school was no option.

‘The Cleanser‘ was an idea that had long sought to force its way out of Mathew’s creative arsenal. And finally, with support from the staff at MetFilm School as well as his degree that covered everything from script development and cinematography to guidance on how to choose a director, he was able to deliver the project.

“It’s such a great feeling,” the BA Practical Filmmaking degree holder says. “You know, the hard work doesn’t stop once the film is made, I don’t think it ever stops. You have to work to get the film into cinemas, arrange private viewings and ensure you get the air time –you need to keep going to get people’s attention.”

‘The Cleanser’ is a fast-paced thriller that Mathew described as his way of illuminating the institutional corruption, murder, and regular kidnappings that mark his country of birth as well as the fragile state of the Nigerian economy. 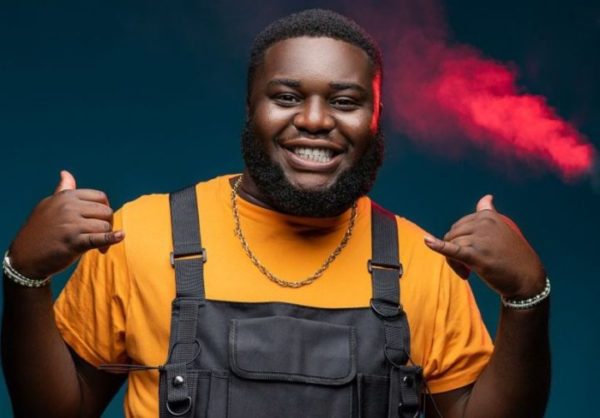 Growing up in the UK & grappling with racism

Mathew, 28, moved to the UK in 2005 when he was 12. His parents wanted a British education for him. They hoped he would become a medical doctor. But life in Manchester where he resided came as a culture shock. He’d never seen so much rain, one that had his family rename the city ‘Rainchester’. He also experienced racism for the first time.

In Mathew’s words, “moving to the UK was exciting, it was an adventure. We moved in the summer and I started high school at the beginning of year seven. I wasn’t well prepared for it. Academically, I was the brightest boy in the class. But you get bullied a lot for being bright and enthusiastic and for sticking your hand up all the time.

“And, there were the racist slurs. You know, I heard phrases like ‘fresh off the boat’, and I’d hear people trying to parody the way they think Nigerians speak. What can you do, other than going home and tell your mum?

“In reality, there wasn’t much she could do. It wasn’t long before I had my first fight. That first fight was important though. It showed me that I had to stand for something; make it be known to the others that I wouldn’t be bullied.”

Ditching medicine with the help of lies

It was after this fight that Mathew’s primordial academic derail came. He got interested in basketball, thinking that, if he became stronger and identified as an athlete, he could show that he wasn’t just a nerd. He wouldn’t be bullied.

Basketball became a real passion for him, so much so that he let his academic studies slip. He always knew that he didn’t want to be a doctor, and at that time he wasn’t bothered about going to university. But, it wasn’t something he could share with his parents. Mathew was from a family to whom going to university was an unobjectionable imperative. 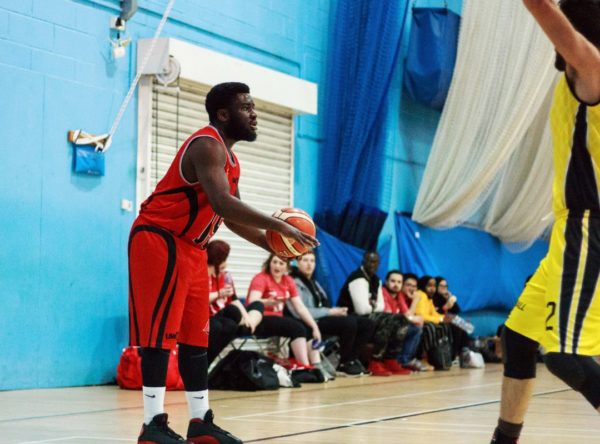 He’d always been interested in film, acting, and music but his parents didn’t agree that these were suitable careers. As Mathew’s academic grades slipped, he shockingly told his school that his family had moved and gave them a fake address and telephone number so they wouldn’t be able to contact his mother to warn her about his slipping numbers.

After school, he went to college and started on a scheme as an ‘NHS Cadet’. He didn’t have the grades required so this would be the best way to begin working in medical care. During his training, Mathew had several placements.

He said: “I was always singing and dancing and performing while on placement – my tutors knew it wasn’t the right environment for me.” He asked the tutors to tell his mother that he wasn’t suited to medical studies at university. Mathew went to work at an NHS hospital, supporting an eye theatre. He only lasted around a year and then told his mother another outrageous lie. He told her that the department was making cutbacks and that he’d lost his job.

Mathew’s mum knew he was unhappy. She returned him to Nigeria and backed his dream to make films. Nigeria’s film industry is now the second-largest in the world, nestled between India’s Bollywood and the USA’s Hollywood. It produces over 1000 movies a year, generates over $600m a year, and employs more than one million people.

The virtuoso moviemaker said: “When I got back, I made two films, it was very exciting. I just wanted to be on set. But the more time I spent on set, the more I thought this isn’t the way to make films. ‘It’s not meant to be like this’.

“Technically I thought that many Nigerian films weren’t great, editing was often poor and sometimes the English and the dialogue were bad – watching them actually gave me a headache. I knew I needed to go to a film school.

“I chose MetFilm School because it was in the UK, and felt right. At the interview, I thought I’d let myself down. I didn’t have a wide knowledge of the British film industry and much of the discussion was around that. But, once I explained what I’d achieved in Nigeria and that I’d produced two films, the school could see what I was aiming for.

“I got accepted and I told my parents that I would make them proud. My parents believe that university is a necessity, they just didn’t consider that I could go to university and get a degree in filmmaking.

“I did the three-year degree but it took me longer because, once again, basketball turned my head. The University of West London had a team and I got distracted. MetFilm School supported me and I eventually graduated in 2019.”

Prospects for ‘The Cleanser 2’ & gunning for global audience

Mathew’s Nollywood thriller titled ‘The Cleanser’ was released in January 2021. It tells the story of one man’s quest to eradicate bad politicians; remove them permanently from office by assassination. And, it ends on a cliffhanger. Among the indigenous filmstars who also made the cast are Nkechi Blessing, Alex Osifo, and Antar Laniyan.

“I’ve watched the film a few times sitting amongst paying audiences, and I’ve heard many people discussing the film as they leave wondering when ‘part 2’ is out, or whether there will be a ‘part 2′. I want people to take notice of this film and I want more Nigerian cinemas to show it – and I want to get the attention of Netflix,” Mathew noted.

Focused on making ‘The Cleanser’ a success, he added: “If this film is the success I know it can be, maybe there will be ‘The Cleanser’ part 2.” Mathew is due back in the UK (Manchester) later this year to start yet another project in March. As a film producer with global ambitions, he says he’s not limiting himself to only making Nigerian movies.

Five Netflix series you should see this weekend