Four secondary school leavers in Kwara state are gaining attention after they sold their belongings to raise the sum of N3.5 million with which they constructed the working prototype of an aircraft.

In an interview with Punch, the students who identified themselves as Jimoh Abdulfatai, Abdulateef Hanafi, Musa Aliu, and Jamiu Abass were said to be school leavers from the Ilorin West local government of the state.

Abdulfatai, who spoke on their behalf, said they initiated the current project in 2017 and showcased it on October 1.

“It cost us about N3.5m. We contributed the money. For example, I had a motorcycle which I used for commercial purposes in Ilorin, I sold it to buy the materials used in building the aircraft,” Abdulfatai said.

“Others also had belongings that they sold. We contributed money to make the project a reality. We got materials locally. We got the plate from Surulere in Ilorin, bought pipes and other materials.

“We used a Volkswagen 1200 engine to power the aircraft. It has all the components of a normal aircraft such as propellers, wings, tail, flying gear, etc. Although we have not tested this one, the smaller one we built was tested.

“We built a drone with which we made some calculations, so we did not only base the construction on assumption. We did a lot of calculations; we considered balance and weight because it would not move without balance. 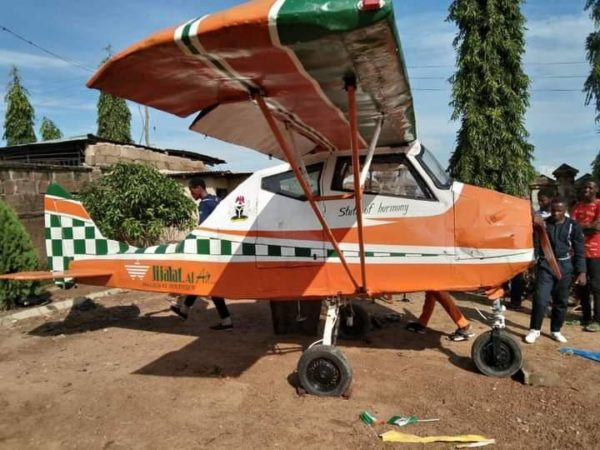 “It has to balance in air. The prototype we’re working on can take two passengers; it can taxi with the gear control.”

On how they came about building an aircraft, Abdulfatai said he had lived close to the airport and became curious from watching them take off. According to him, circumstances and shared interests had brought them together.

“The idea had been with me since I was young. I was curious to understand how airplanes are able to fly, what makes it stable in the sky and other challenges relating to its construction,” the secondary school leaver added.

“We started the design using cartons and foam. Later, we constructed one that can accommodate two people. Then I discovered someone doing a similar thing. I saw him building a smaller aircraft and when I discussed with him.

“I discovered that his idea was similar to what I was doing, so we decided to put heads and resources together.

“Later, we met the third person and we talked to him to let us share knowledge because I believed that if we worked together, we would produce a better aircraft.  Then we found the fourth person.” 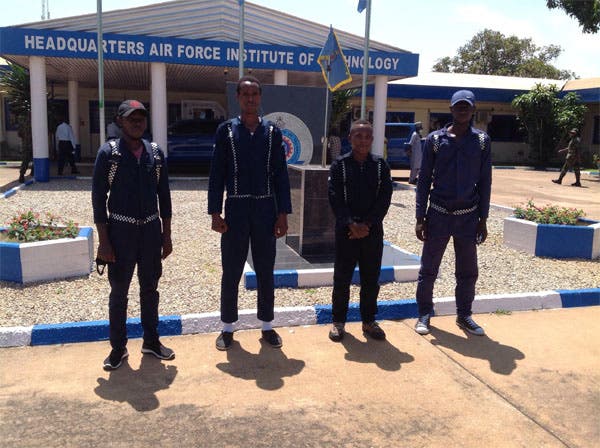 While he stated that the current prototype was their ninth, Abdulfatai said they had sought to meet with the government by reaching out to politicians, who were skeptical due to the “huge capital investment” needed to fund the project.

He also said they took the prototype to the Nigeria Air Force (NAF) base along Offa Garage Road where they were interviewed on the instruction of the Chief of Air Staff staff after the aircraft had been showcased on national TV.

“We went there and the Air Force officers interviewed us. We have not heard anything from the Chief of Air Staff, but they told us that he would send for us,” Addulfatai said.

In 2019, TheCable had reported how a group of students at the University of Nsukka (UNN) came through with what was later described as Nigeria’s first locally manufactured electric vehicle christened Lion Ozumba 551.