Psquare and Flavor, the Nigerian music heavyweights, have separately hit over one billion views on YouTube.

For Psquare, ‘Personally’, the twin brothers’ 2013 hit single, topped their charts with 119 million views, followed by ‘Bank Alert’ which has secured 95 million views. 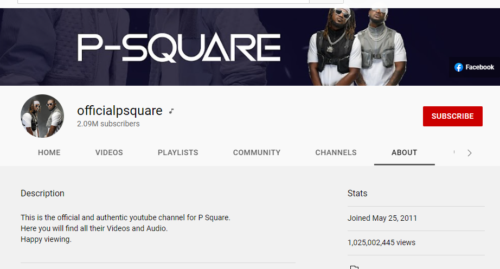 Psquare has become a household name since the twin brothers ventured into the Nigerian music industry in the early 2000s.

In 2017, Peter and Paul, however, parted ways after a disagreement on the role of Jude Okoye, their older brother, as manager.

Flavour, on the other hand, has secured 59 million views for his hit song ‘Baby Na Yoka’ while ‘Ololufe’ followed closely with 49 million views. 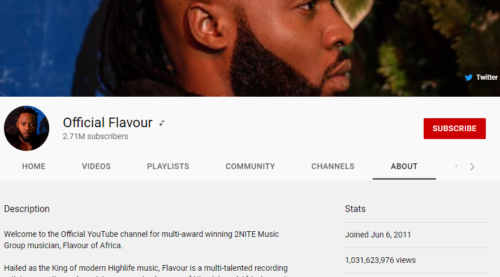 Born Chinedu Okoli, Flavor ventured into music in 2005. He was shot into the limelight after dropping the remix of his hit single ‘Nwa Baby (a****o)’ in 2010.

He has a plethora of nominations and awards including seven studio albums to his credit.

Davido to perform alongside Cardi B, Meek Mill at Belgium Festival

Buju links up with Wizkid, Wande Coal in studio — amid backlash over old tweets