Pope Francis married two flight attendants in an impromptu ceremony on his papal plane on Thursday.

The ceremony happened at about 36,000 feet over Chile as the plane was ferrying the Pope on a short flight from Santiago to the northern city of Iquique. 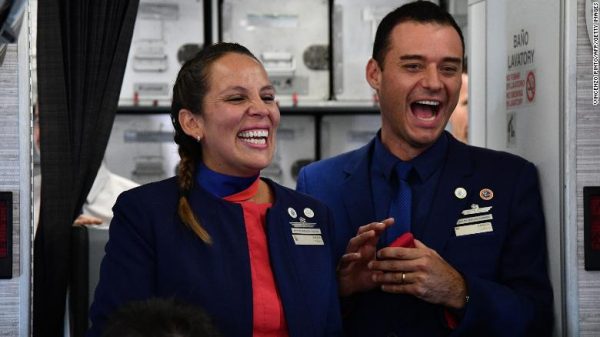 The couple, Paula Podest Ruiz and Carlos Ciuffardi Ellorriaga, had reportedly struck a conversation with the pontiff who was seated next to them during a group photo shoot.

Pope Francis asked them if they were married and the couple told him they were legally married but never got the chance to have a church wedding. 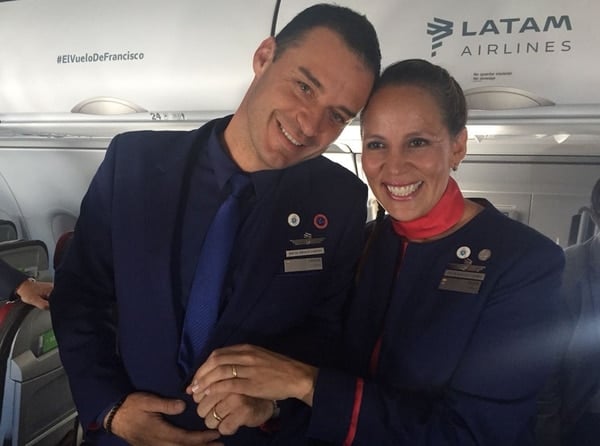 Apparently, the lovebirds said they had been scheduled to be wed in 2010 when the Chile earthquake hit, destroying the church where they were to tie the knot.

The couple said Pope Francis’ asked if they would like him to perform the ceremony to which they responded, “Okay!” 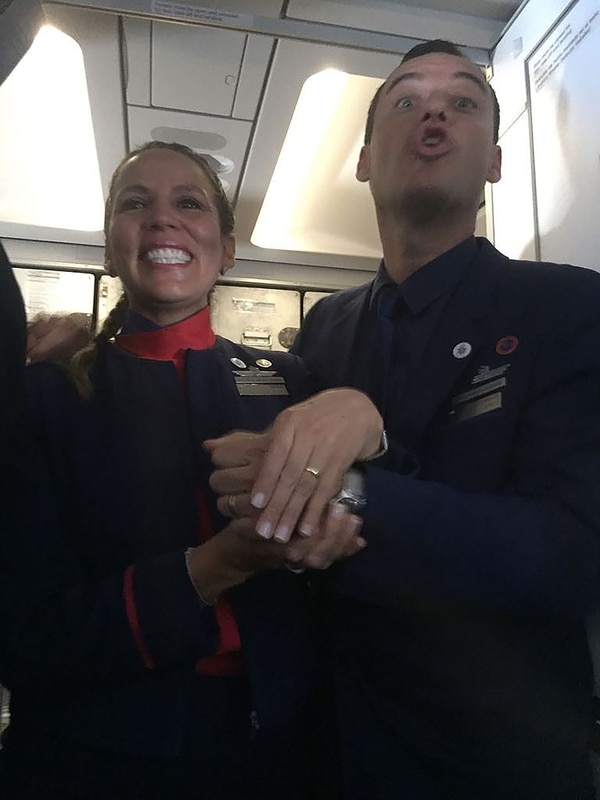 The couple said the Pope then blessed their rings and called for “a witness”.

Ciuffardi’s boss, the CEO of the airline, served as a witness at his request. 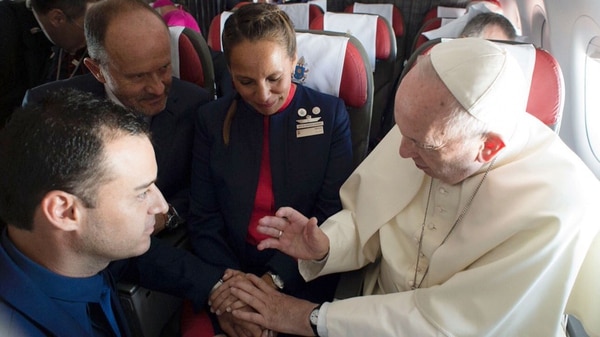 A cardinal onboard drafted the wedding certificate by hand on a sheet of paper, at the pontiff’s asking. 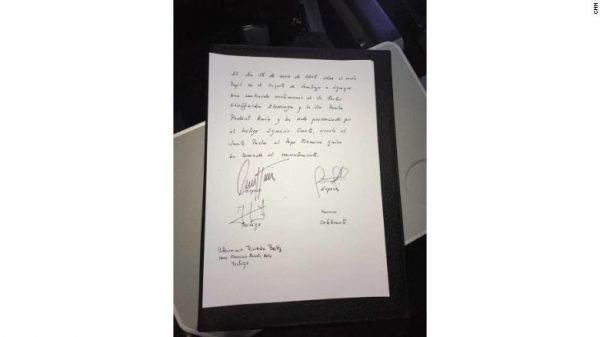 The document was signed by Pope Francis.

Ciuffardi said the Pope told them, “This is the sacrament that is missing in the world, the sacrament of marriage. I hope this motivates couples around the world to marry”. 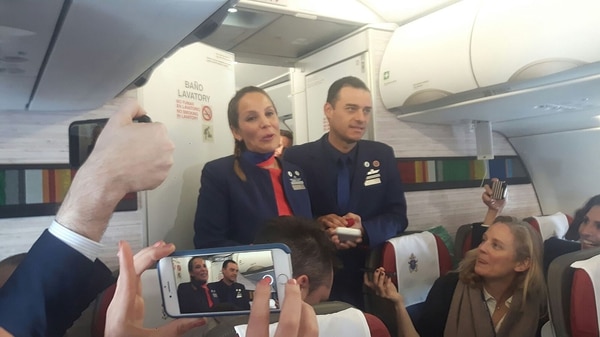 Don’t let anyone use my name to take your money, Adeboye warns