A Twitter user who appeared to be using the entertainer’s identity had announced that he recently bought the car.

“I was bored yesterday so I decided to get myself a new baby,” the post read.

The now-deleted post was retweeted thousands of times on the microblogging platform, as congratulatory messages poured in for the entertainer.

He urged the public to disregard tweets from the page in order not to be scammed.

“My only Twitter account and it’s been on suspension for some weeks now. No let anybody scam you,” he wrote. 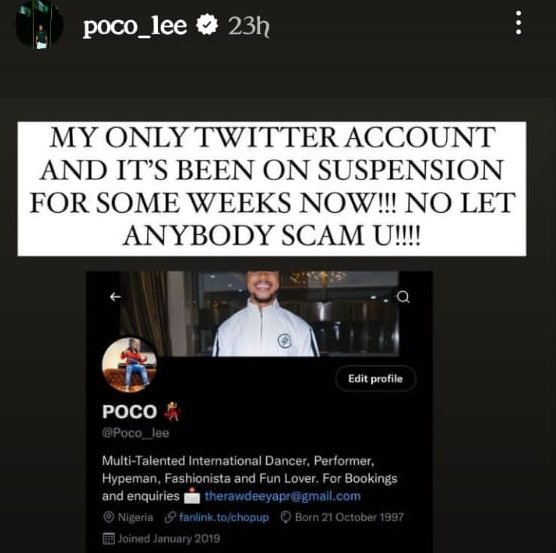 Born Iweh Pascal Odinaka, Poco Lee started dancing at a young age. As a university student, he would perform at school functions and events.

He has now established himself as a professional dancer in the entertainment industry.

Beyond being a dancer, he also doubles as a singer. Last year, he featured in the hit song ‘Zazoo Zeh’.