Tonto Dikeh, Nollywood actress, has been appointed an ambassador of the United Nations Rescue Services (UNRS).

The 35-year-old film star was honoured in an unveiling by the UN’s Humanitarian and Rescue office on Wednesday.

Dikeh took to her Instagram page to share multiple photos from her appointment in the capacity, including one which shows her receiving a UN award plaque, an ambassadorial sash, as well as an official number plate for the new position.

The UN’s international noble ambassador award is aimed at honouring caregivers in the society who have “contributed their resources, knowledge and time in service to God and humanity across nations of the world.”

Such persons are identified and nominated by the Noble Members of UNRS. Some benefits it offers include that the awardee will be invited to participate in annual international conferences and leadership seminars.

As an ambassador, Dikeh will receive a certificate while she is entitled to drive with the UN’s government-approved green “Noble Ambassador” official vehicle number plate which gives thoroughfare on the highways.

The development comes a few weeks after the movie star had claimed she was appointed as an ambassador for peacebuilding by the Nigerian Christian Pilgrim Commission (NCPC).

The development had sparked widespread criticism on social media and a denial from the Christian commission. 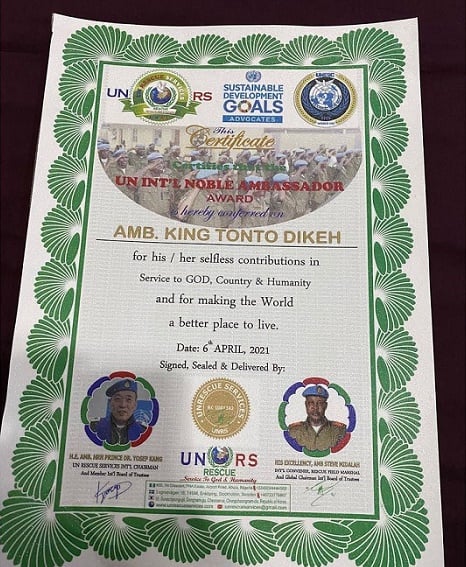 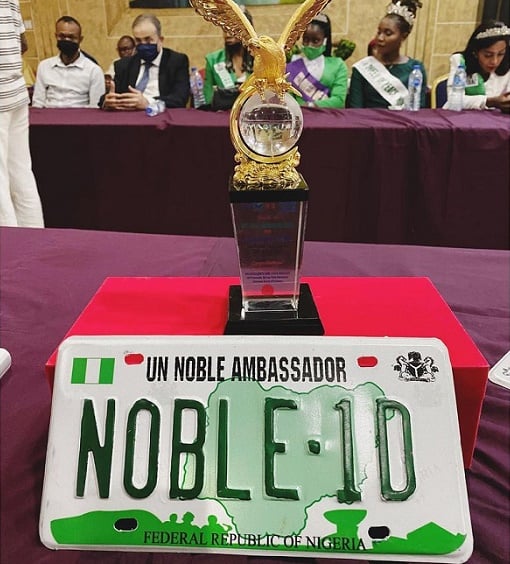 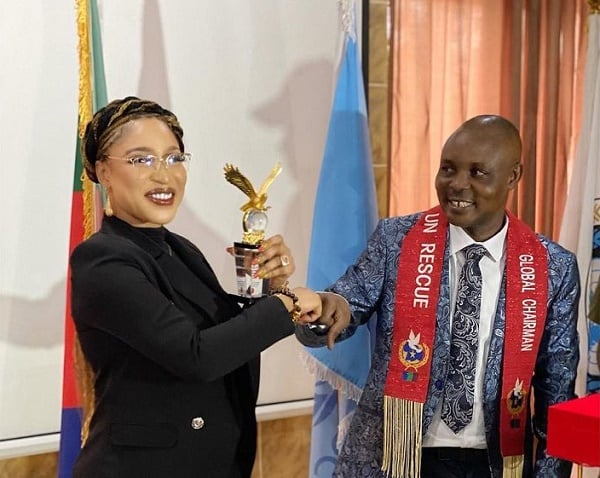 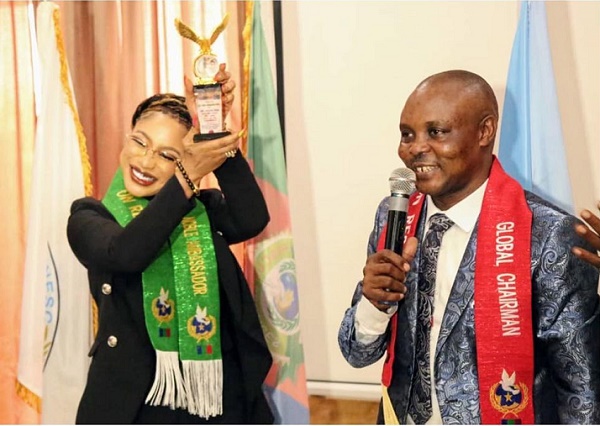 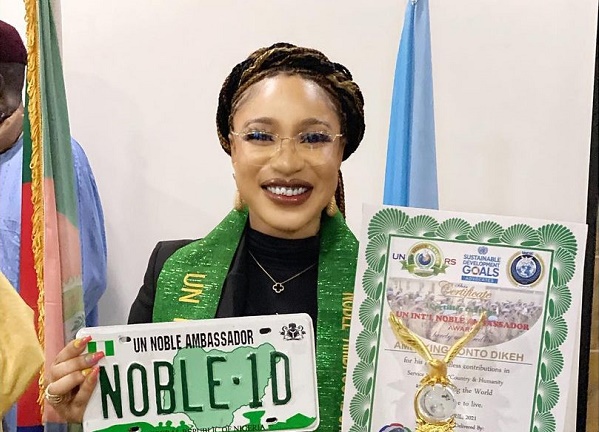 Ned Nwoko: Regina Daniels knows I can marry another wife

Shade Ladipo: I now understand why marriages end in divorce

‘Thor’, Wendy Williams to be honoured on Hollywood Walk of Fame