Students of the Lagos State University (LASU) have held a procession in honour of Yusuf Nurudeen Alowonle, the late activist and former student of the insitution.

The student activist, better known as Omomeewa, was shot dead by suspected robbers on August 18.

His death has continued to elicit reactions, with many calling on relevant authorities to ensure his killers are brought to book.

On Wednesday, several students of the institution and sympathisers took to the campus to pay their last respects to the deceased.

Clad in black attires, the students were seen wielding placards with various inscriptions demanding justice for the late activist.

“We demand justice for Omomeewa,” an inscription on one of the banners carried by the students partly read.

The procession took off at 3 pm from Abe Igi, a spot in the faculty of arts, and climaxed outside the varsity’s gate where the activist was believed to have been killed.

The students also held a moment of silence for the deceased and thereafter sang dirges as they move round the Ojo campus of the institution.

The procession was organised by the varsity’s students’ body and and the Education Rights Campaign (ERC).

Omomeewa, who graduated from the varsity in 2019, is survived by his wife and child.

LASU had earlier vowed that it would leave no stone unturned to ensure justice for the deceased.

Below are photos from the procession: 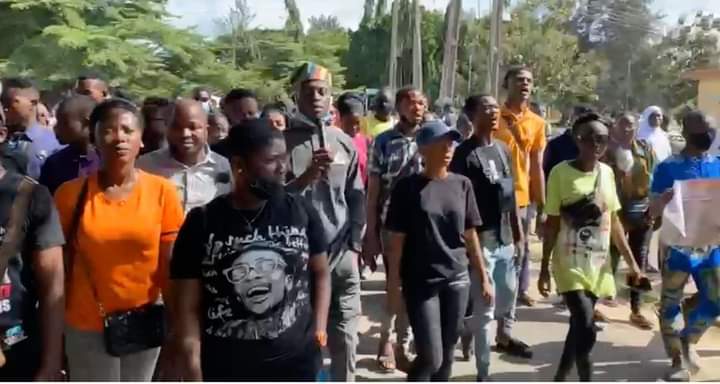 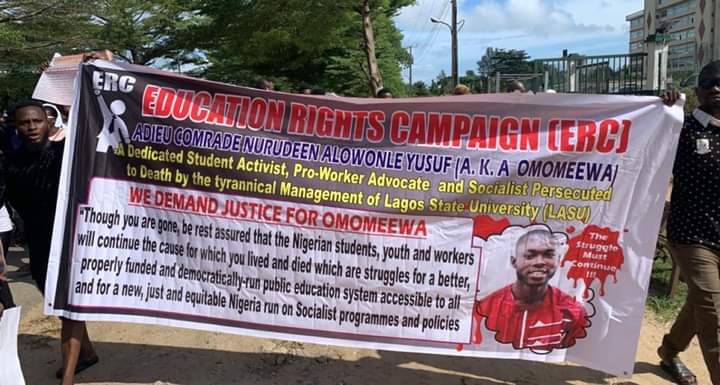 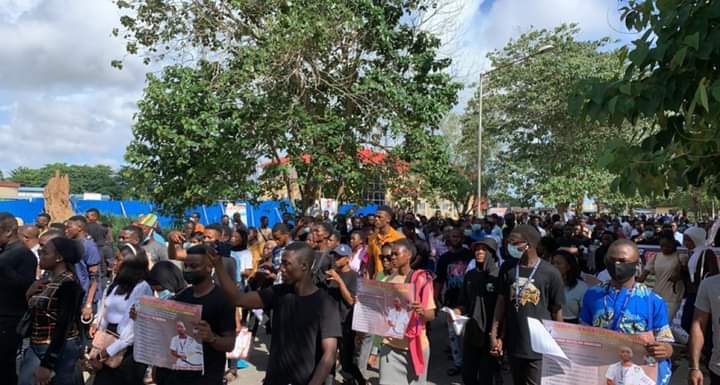 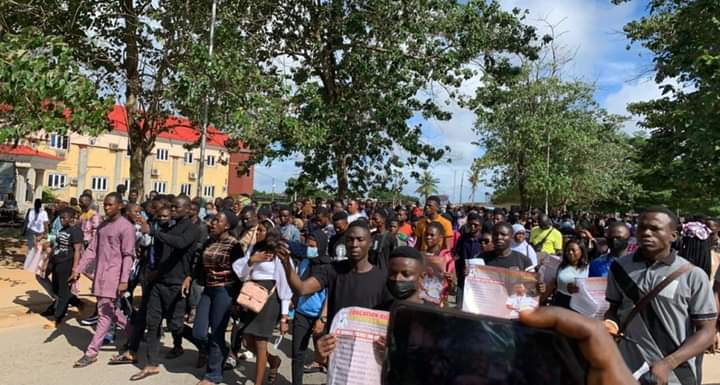 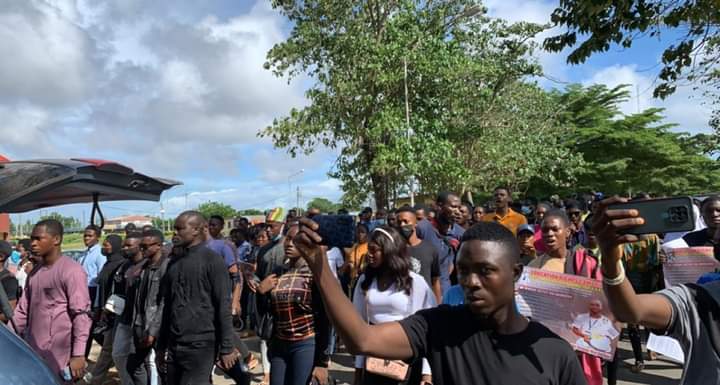