A number of them have been found, but many are believed to still be in captivity — over eight years after their abduction.

The art exhibition — titled ‘Statues Also Breathe, Tributes to the Young Heroines — held at Art Twenty One in Eko Hotels and Suites, Lagos state, on Saturday.

It was initiated by Nourry in collaboration with the department of fine and applied arts of OAU as well as families of the abducted Chibok girls.

The exhibition featured 108 sculpted portraits depicting the Chibok girls and a documentary on some of the rescued girls.

Speaking at the event, Nourry said the project started with a one-day workshop in OAU on September 30.

The sculptor said the initiative is aimed at “raising awareness about the plight of the girls who are still missing while highlighting the global struggle for girls’ education”.

On his part, Yakubu Nkeki, chairman of the Chibok girls’ parent association, said the exhibition will further deepen conversations about the remaining girls still in captivity.

“The initiative is good because it’ll ensure that the Chibok girls are not forgotten in the history of this country and Africa at large. 100 years to come, people will still find these art works and remember our girls. 98 of the girls are still missing, eight years and seven months after their abduction. I believe they will be released,” he said.

In his remark, Ajiboye Olusegun, OAU’s head of fine and applied arts department, described the exhibition as a commendable initiative.

“Today we’re using art to reenact a point in the history of this country. It’s a sad point and one that has not been erased totally from our memories,” he said.

“So, this is to show that we still have some of our girls who are missing and we are hoping that someday, they’ll return. We’re using this platform to do more to ensure the return these girls.”

Below are photos from the exhibition: 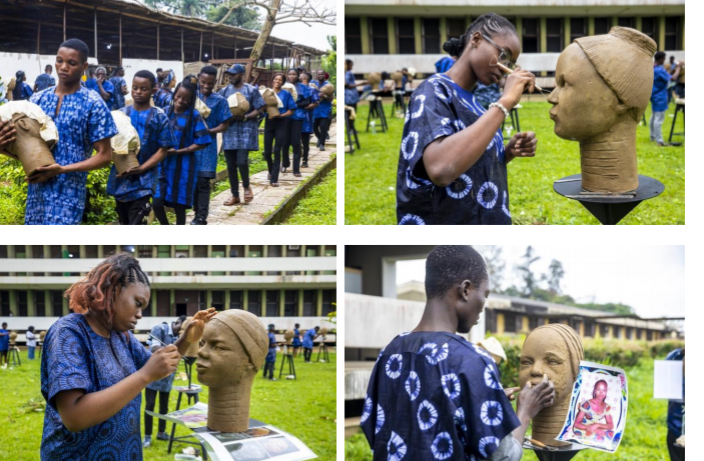 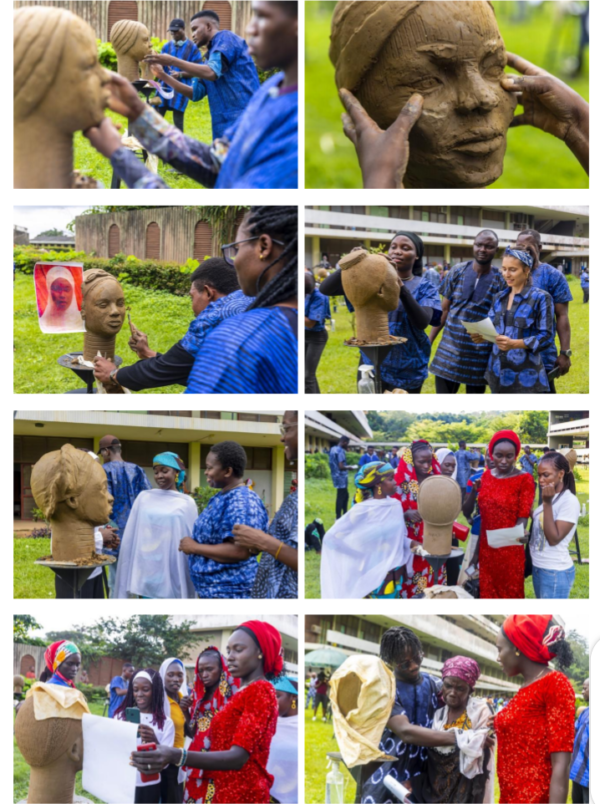 Rovingheights to host Van Beemen, author of ‘Heineken In Africa’, in Abuja