Several students across Nigeria’s tertiary institutions have joined a peaceful protest in Abuja against incessant strikes by the Academic Union of Universities (ASUU).

The protest, led by the National Association of Nigerian Students (NANS), started at the Unity Fountain in the federal capital territory (FCT) on Monday.

The protesters were also seen marching towards the national assembly to further register their plights.

They held placards with different captions such as ‘#EndAsuuStrikePermanentlyNow’, and ‘Incessant ASUU/FG face-off a demonstration of craziness.”

It is understood that the protest is scheduled to hold simultaneously in other major cities across the country.

ASUU has been in a tussle with the federal government over unmet demands. On February 14, the union embarked on a one-month warning strike to press home its demands.

Chris Ngige, minister of labour and employment, had claimed the ongoing warning strike was illegal because the demands of the union were already being addressed since last year.

The minister argued that the strike was a clear breach of the law, adding that the union did not go through the normal process before embarking on the industrial action.

But ASUU insisted that it would not call off the strike if its demands are not.

The protest was led by Sunday Asefon, NANS president.

Below are photos from the protest below: 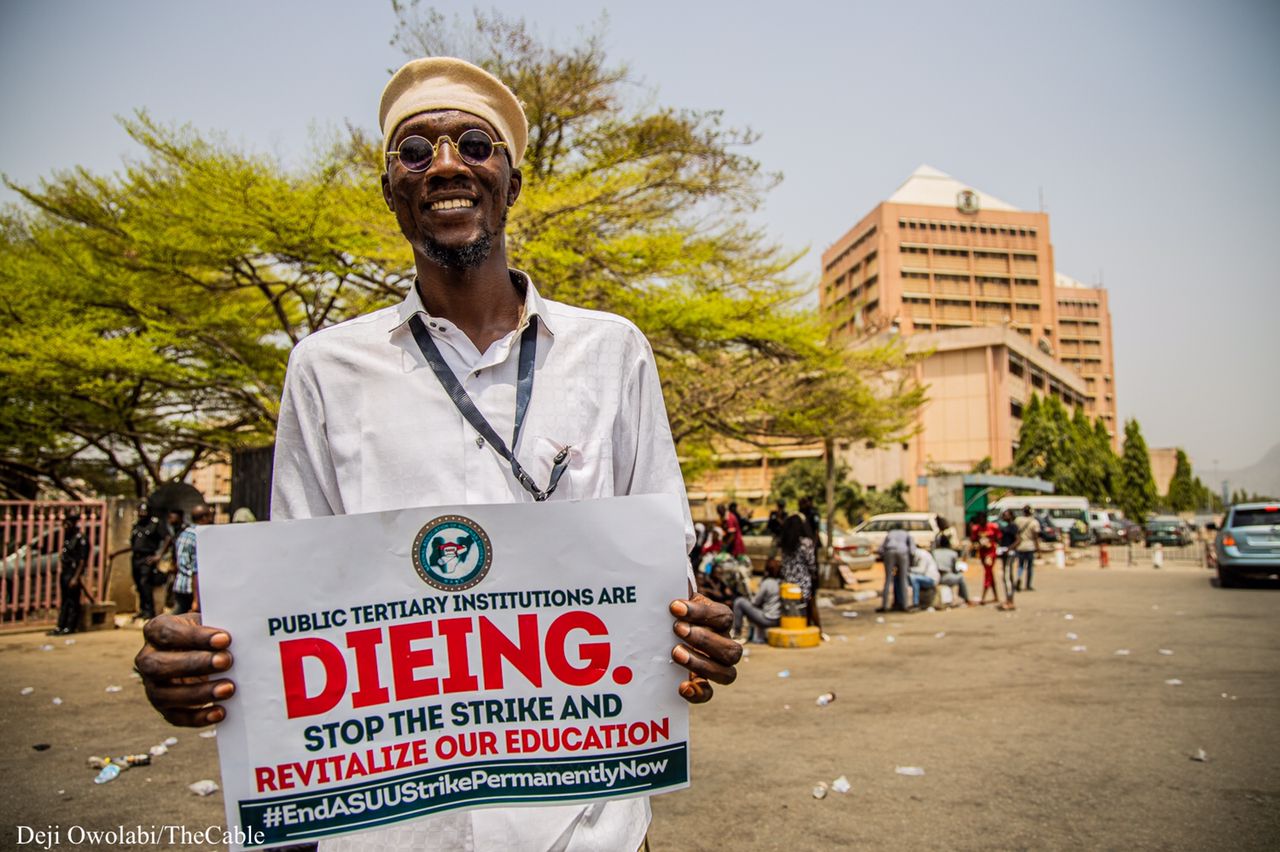 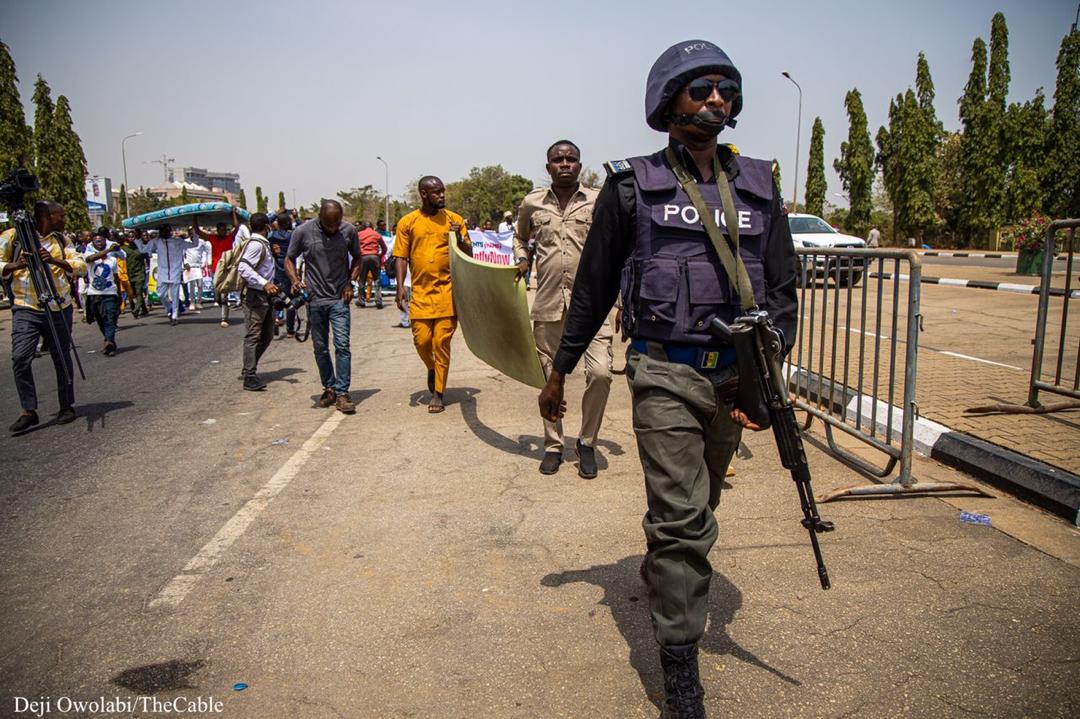 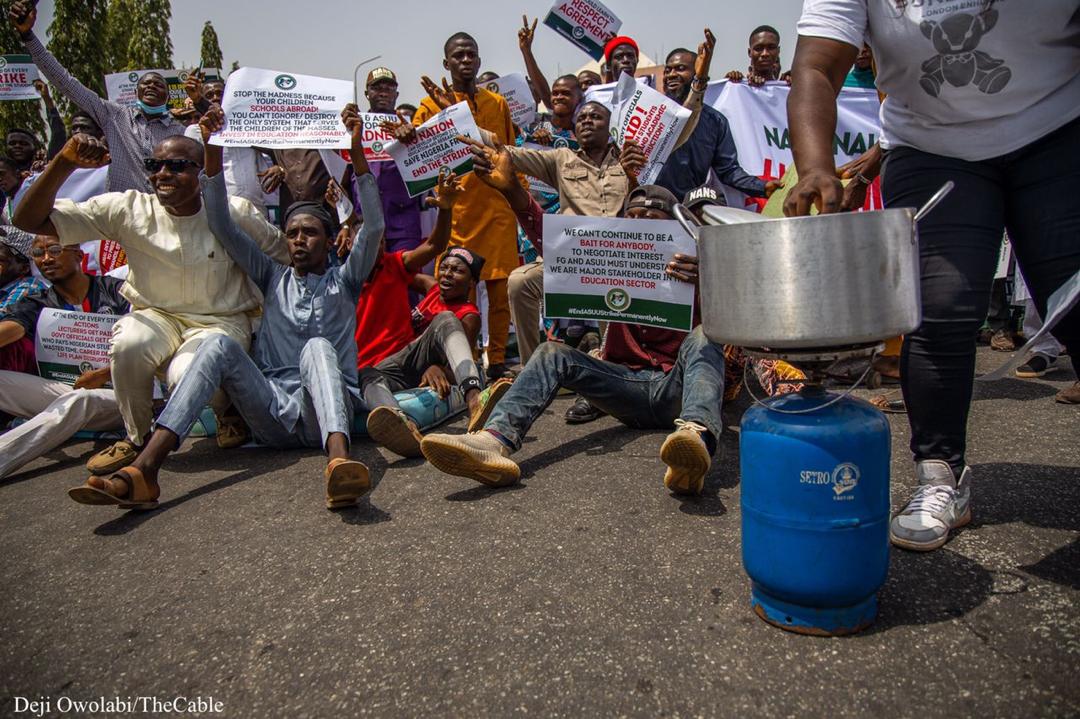 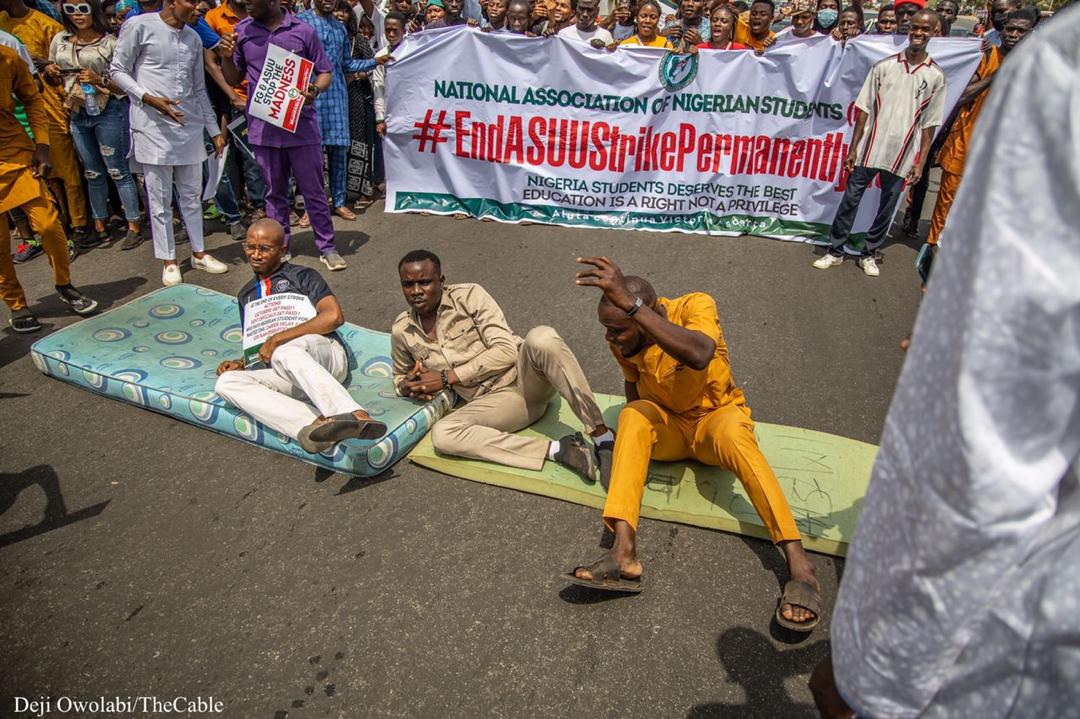 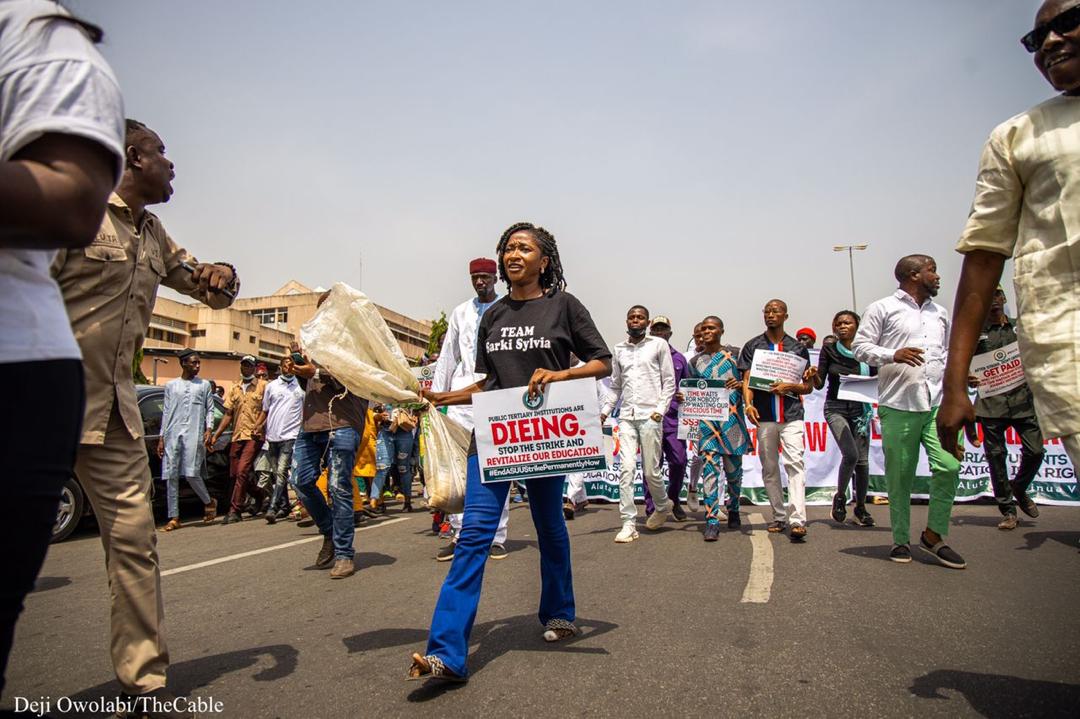 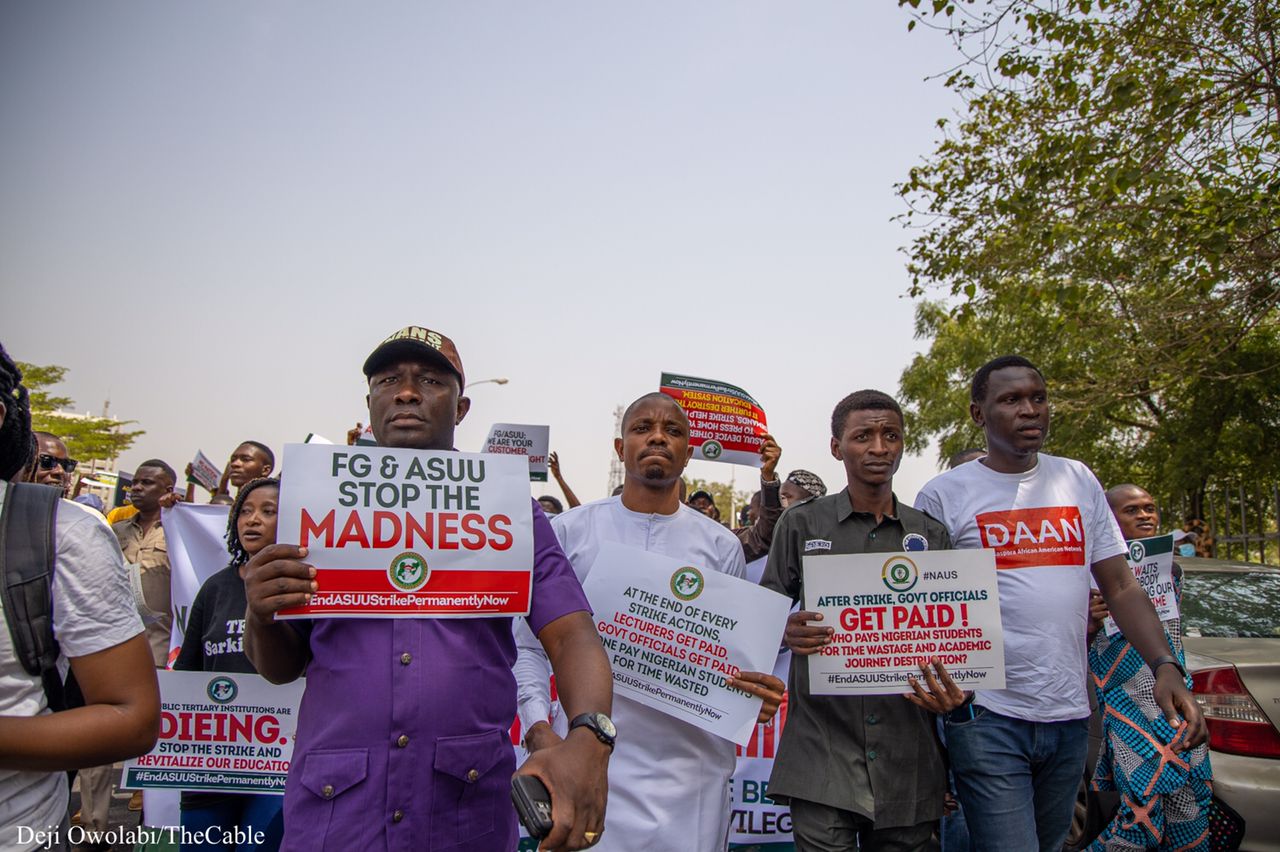 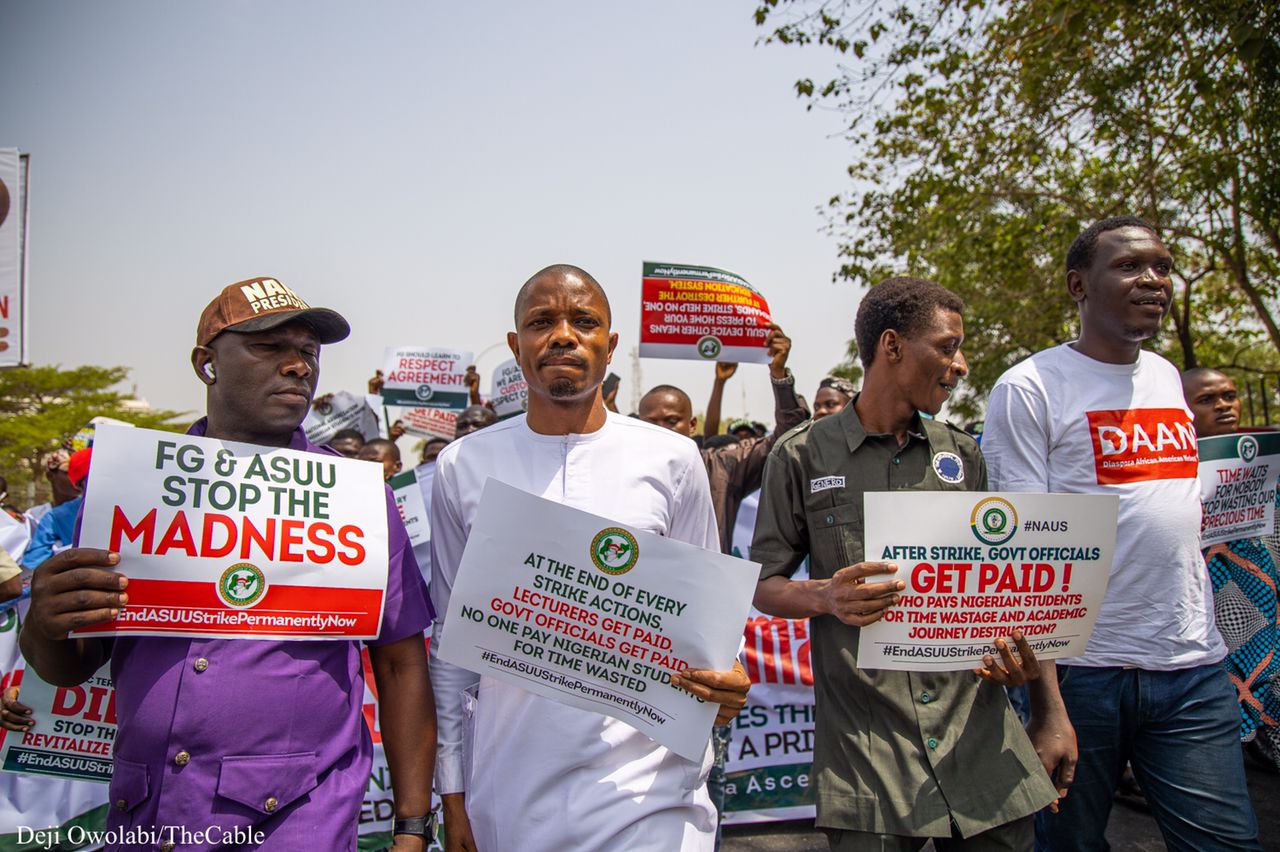 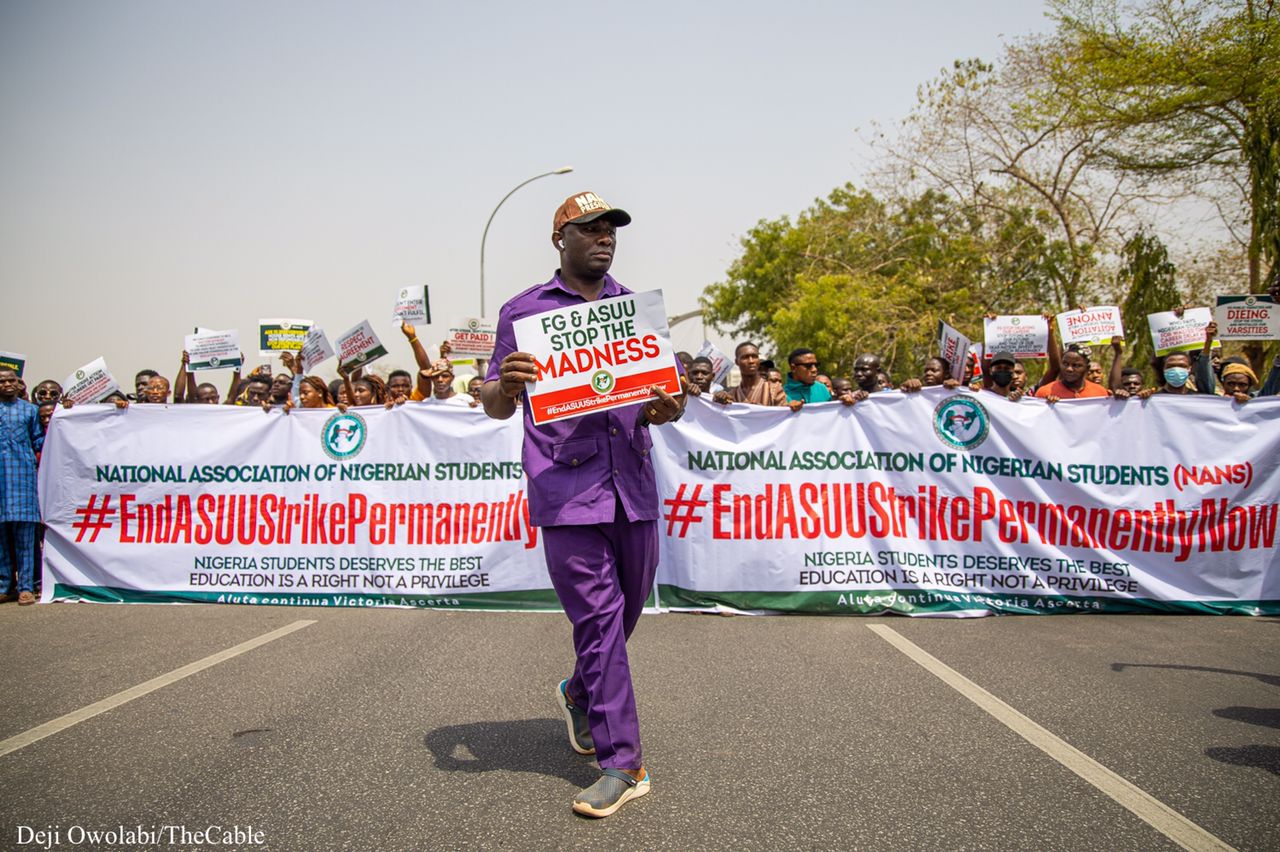 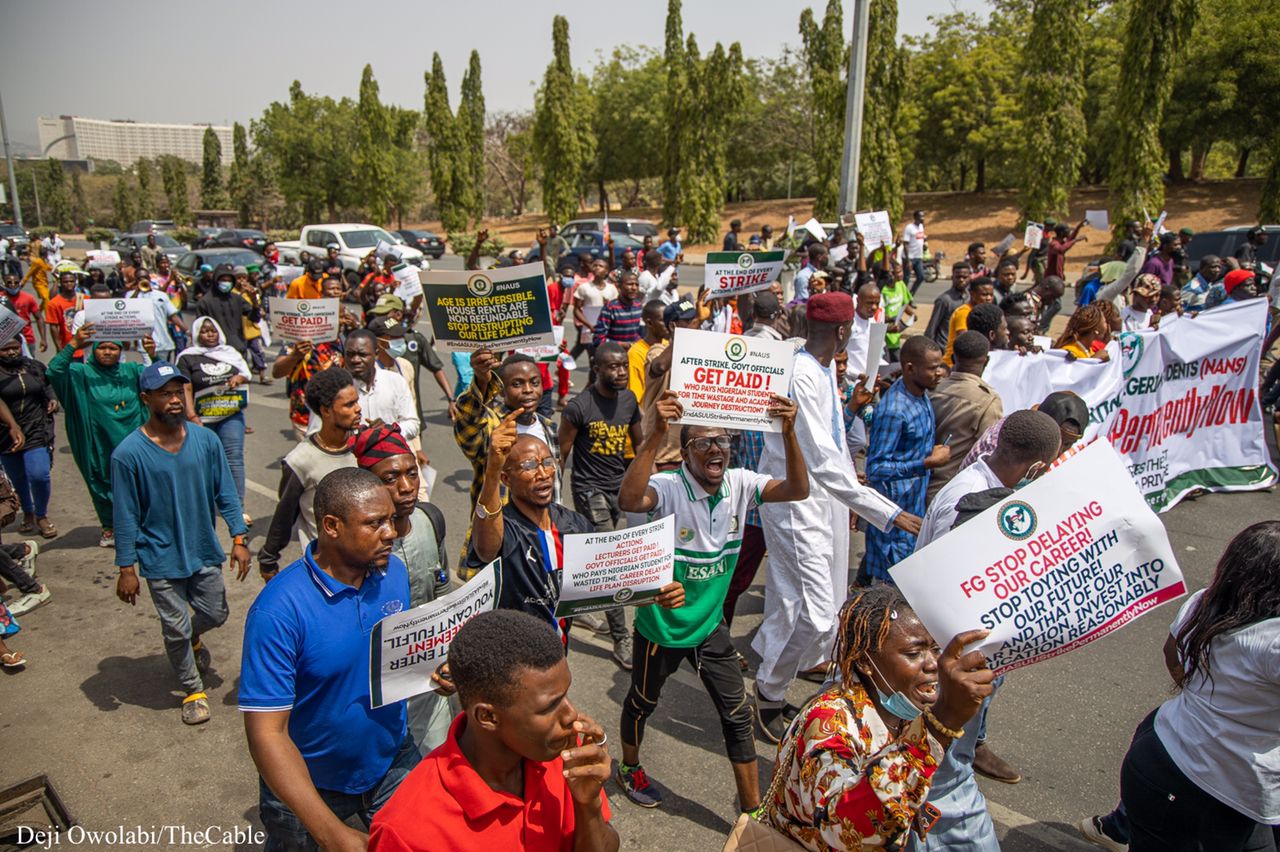 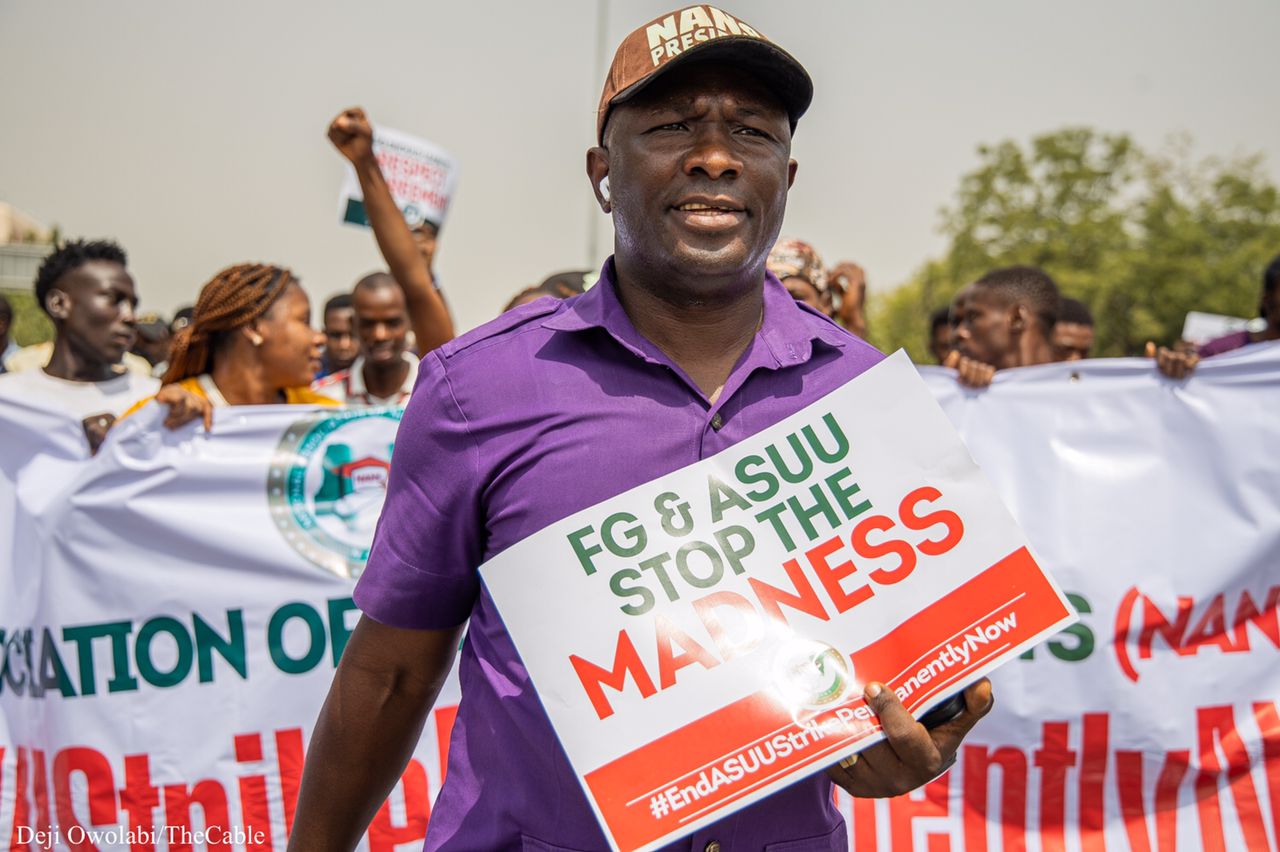 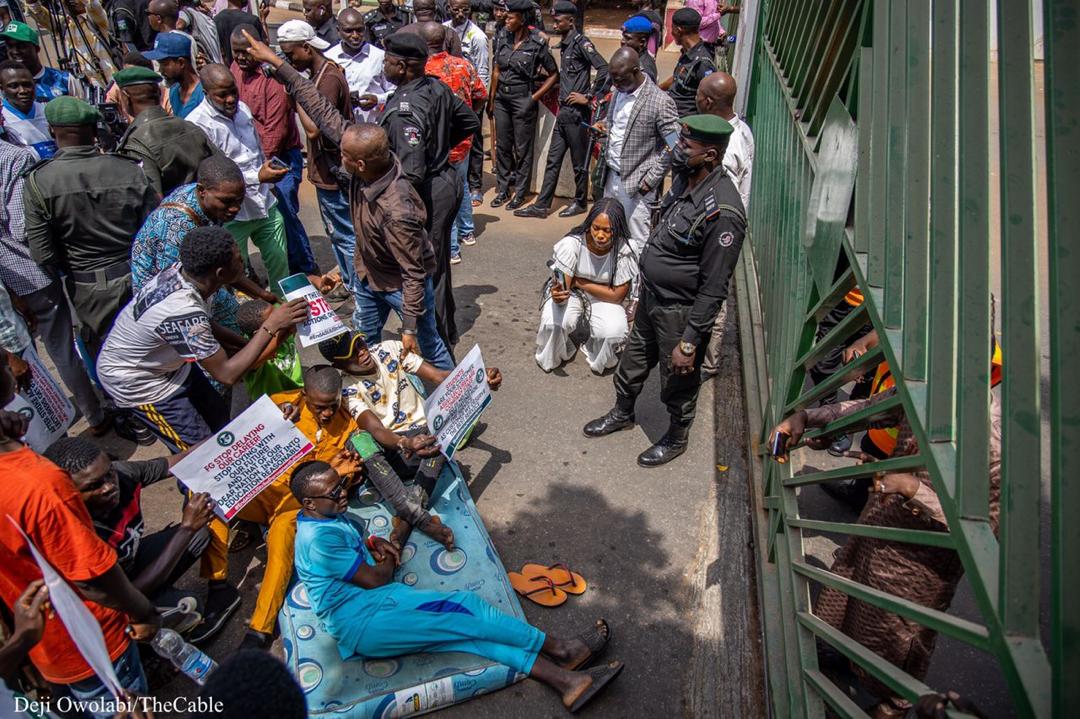 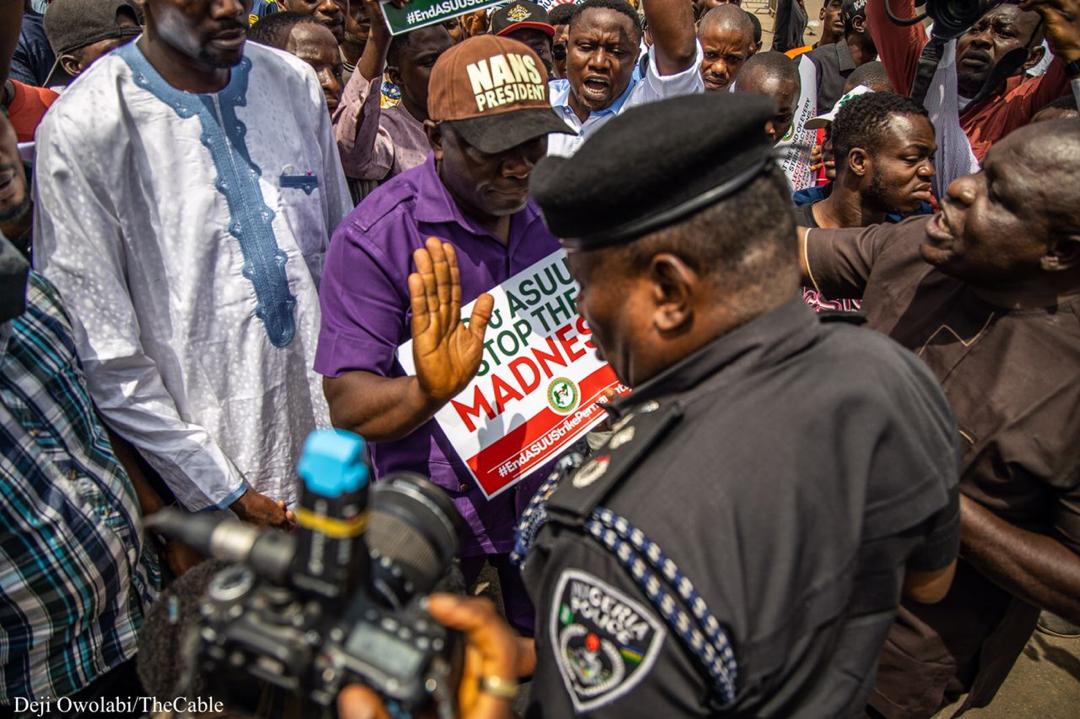 Police: We didn’t get formal report on death of Dowen College student