Ahmed Indimi, son of Mohammed Indimi, billionaire oil magnate, has shown off a lion cub as his “new pet”.

On Saturday, Ahmed shared photos of himself holding the white-skinned lion on a leash with smiles etched on his face.

He accompanied the photos on his Instagram page with two terse captions that read “my new pet” and I “love the new pet.”

The posts have since ignited a plethora of mixed reactions on the platform. While some of his followers commended him others wondered why he is keeping a wildcat as a pet. 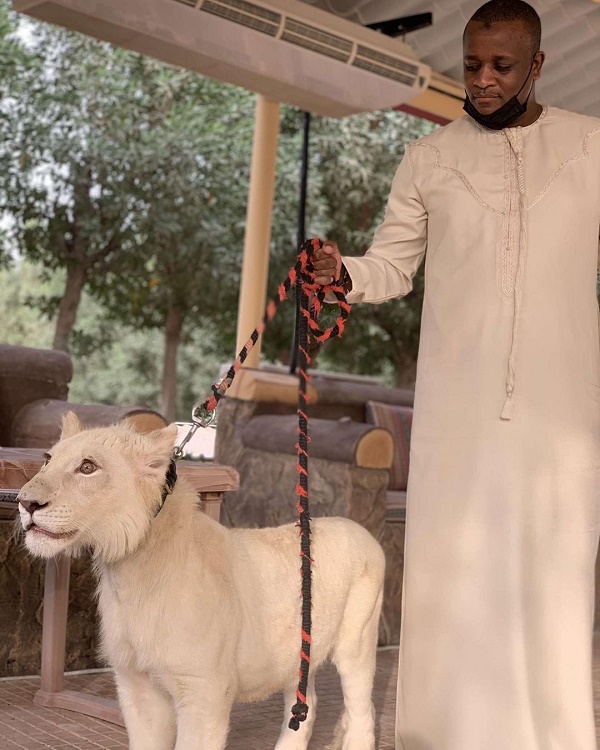 “I really hope it’s a joke because these are endangered animals. Their population is diminishing due to poaching and such acts as keeping them as pets,” a user wrote.

“Animal abuse. He should be in the wild but they have tamed it as a pet,” another user wrote.

The ethical issues surrounding the keeping of wild animals such as snakes, lions, and tigers as pets have continued to raise concerns over the past years.

In addition to the danger that private ownership poses to wild animals, it also creates serious safety public concerns. 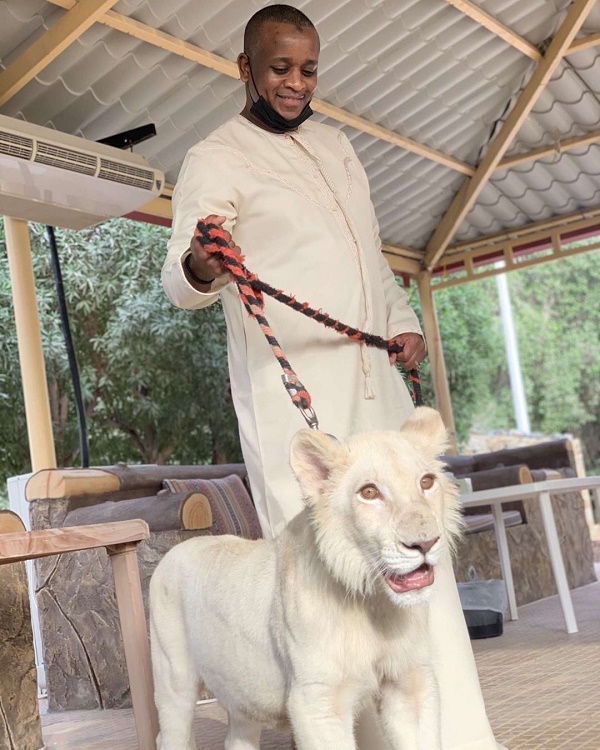 The Lagos state house of assembly had last year considered a bill aimed at proscribing the keeping of such animals by residents.

Ahmed, who is currently the head of crude oil marketing in his father’s company, tied the knot with Zahra Buhari, daughter of President Muhammadu Buhari, in December 2016.