Not much has changed since the inception of flat screen TVs, until now. Panasonic’s new product is a television that becomes almost invisible when you’re not using it.

By employing an HDTV with an OLED panel instead of an LED screen, Panasonic managed to create an HDTV which when turned off, is completely transparent.

As Science Alert explains, the screen uses the latest OLED (organic light-emitting diode) technology, where each pixel lights itself (rather than being lit from behind).

OLED panels put a thin layer of plastic between two electrodes on top of a glass slab. Because of this, when the electric signal disappears, the slab can look virtually transparent. 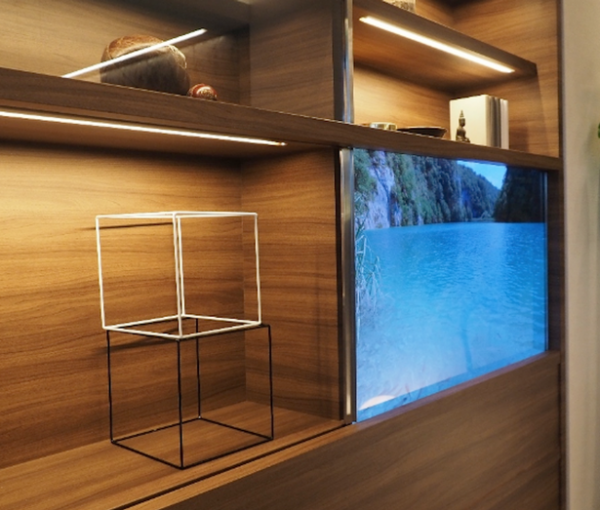 OLED technology requires very little power too, which is why panels like this can be so thin. Eventually, tech firms are hoping to develop flexible OLED screens that you can bend or even roll away.

Apple in the mid-2000s reportedly researched developing a transparent HDTV of its own but the company eventually gave up on the idea because “it used an enormous amount of power and the image quality was poor.”

The invisible TV looks like an ordinary piece of glass when it is off and when it is turned on it functions like a regular HDTV.

Panasonic describes it as the “future of display screens”.

I got N500 recharge card from my first artwork, says Nigerian artist who drew Trump’s portrait