Ara, better known as the queen of drums, has premiered her new film ‘Osunfunke’.

‘Osunfunke’ is about the emotional journey of a lady from a royal family, the Adegbites, who are the Arugba (calabash carriers) of the Osun Osogbo festival. A series of events, which included falling in love during her NYSC year, culminated in the loss of the title of Arugba.

The premiere event, which held recently in Osogbo, was well attended by dignitaries from Osun and across the nation.

The artiste also launched her ‘Drummer Girl’ Foundation which was unveiled by Titilayo Laoye Tomori, deputy governor of Osun state.

Here are pictures from the event. 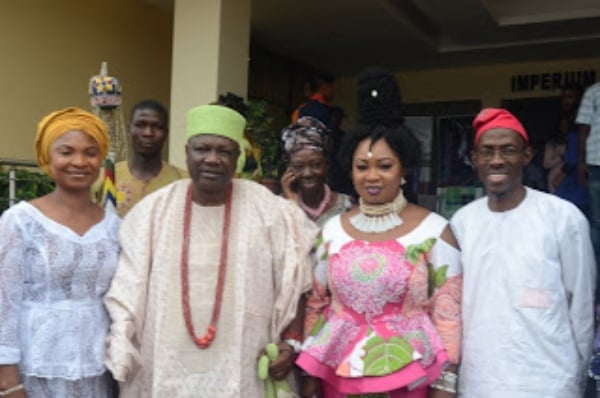 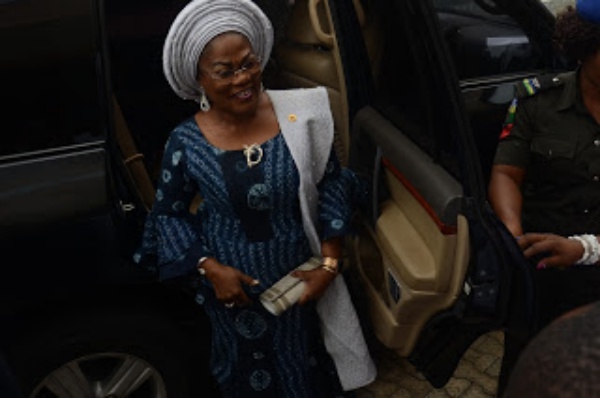 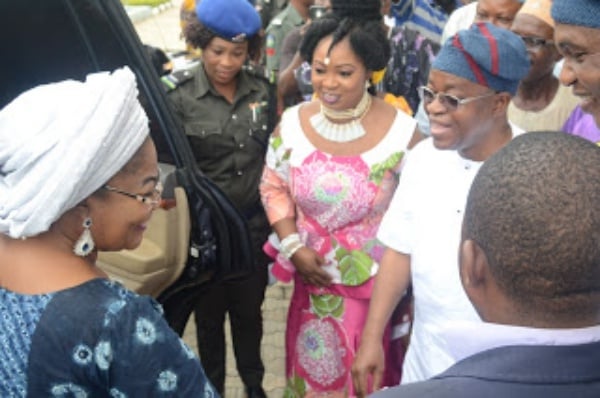 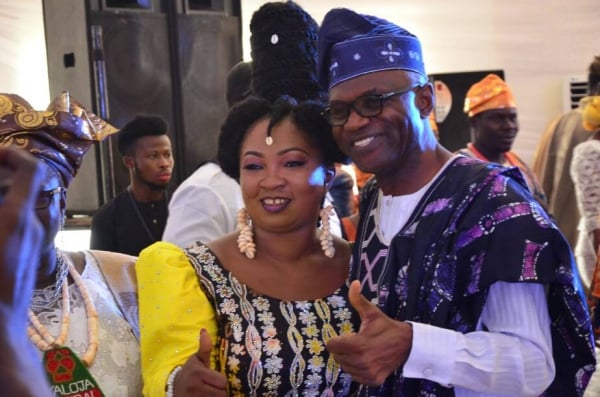 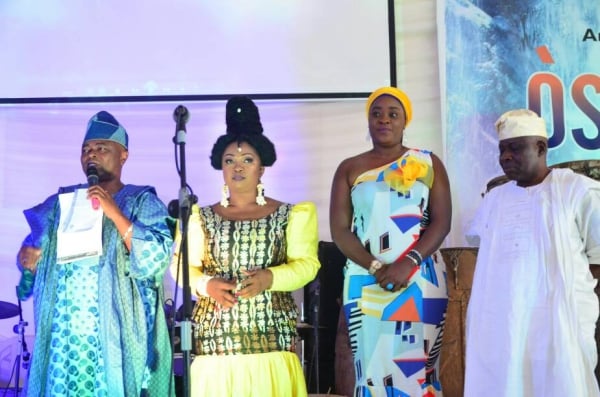 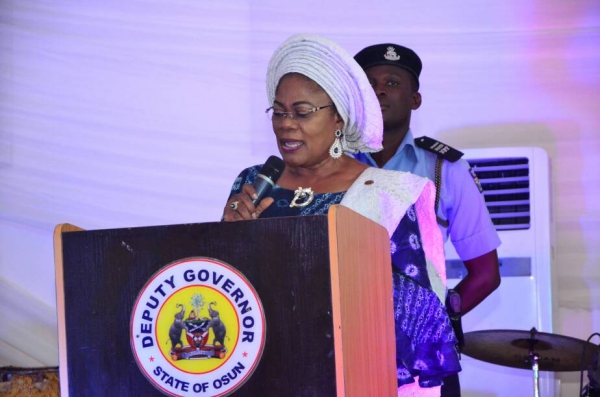 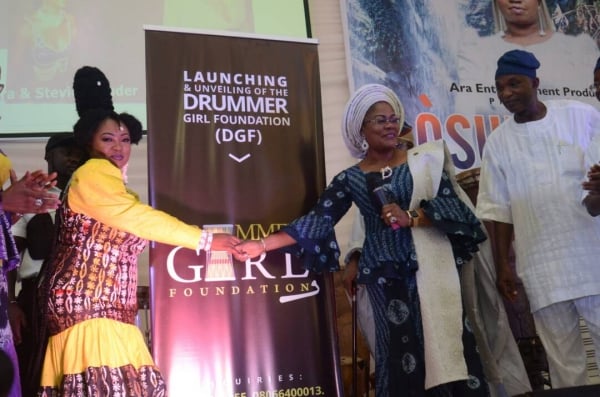 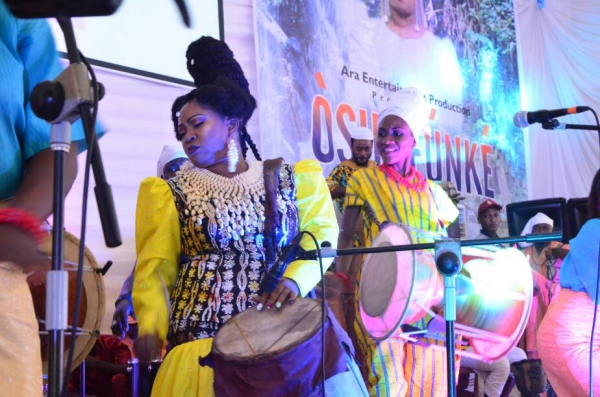 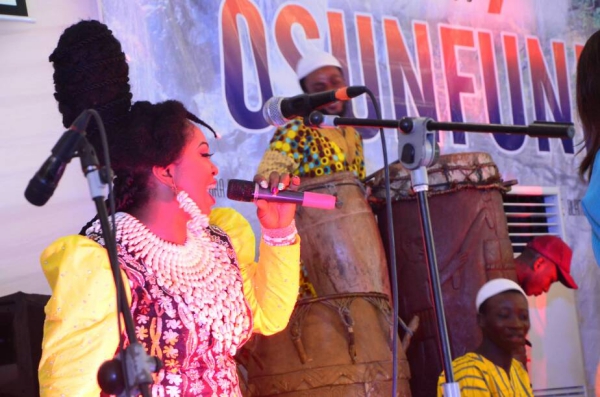 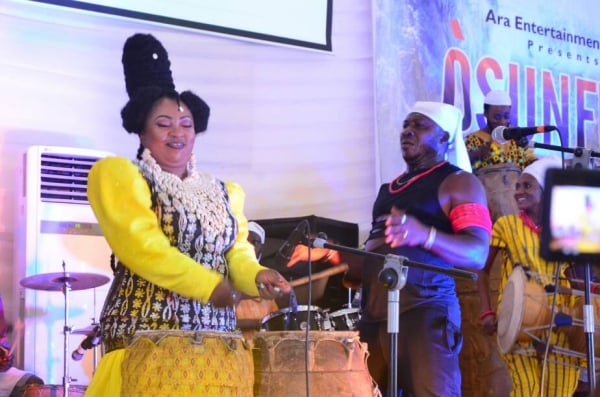 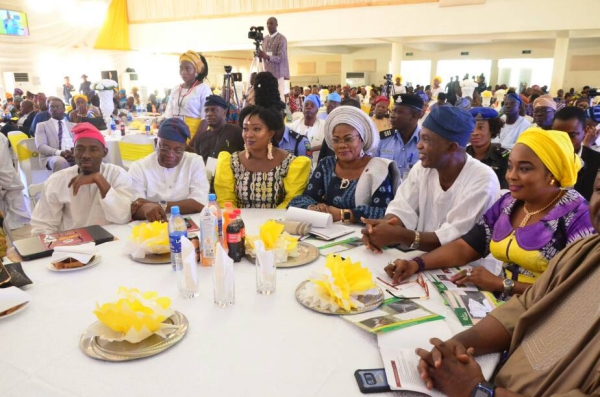 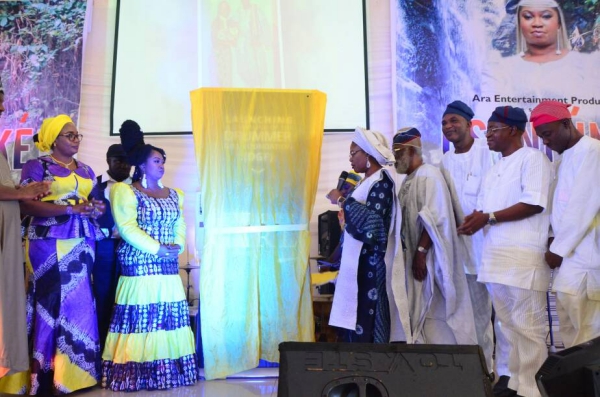 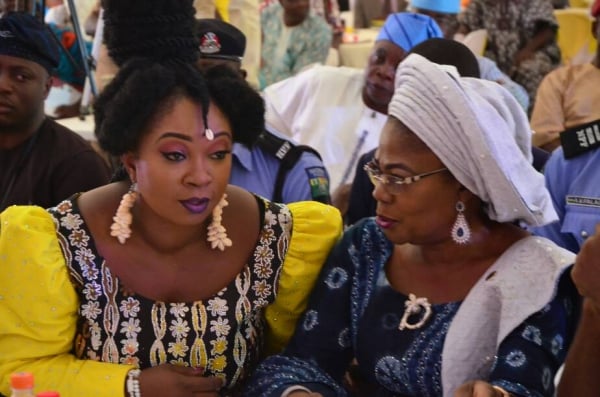 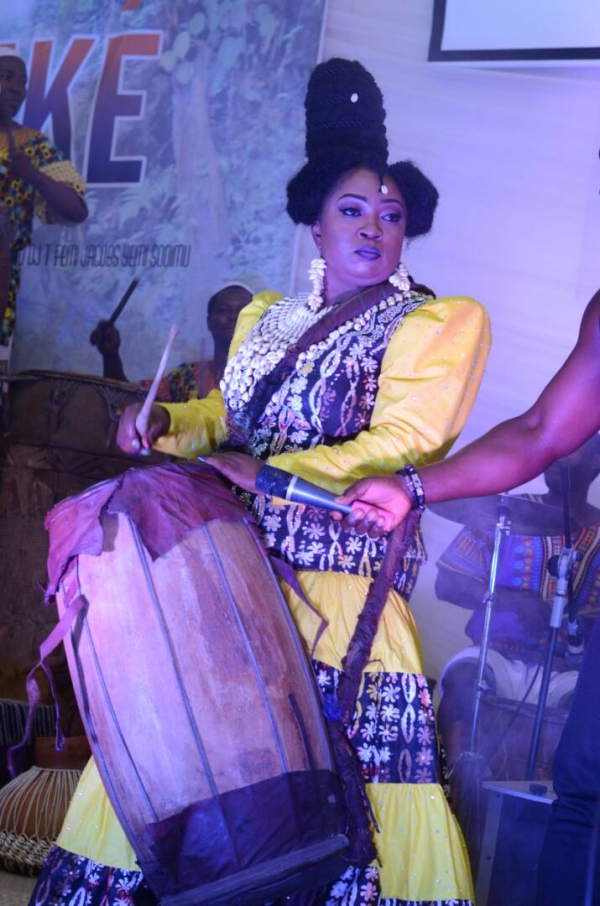 The Accidental Spy, Bandits…10 movies you should see this weekend