Omah Lay, a fast-rising singer, has been ranked the most-streamed Nigerian artiste over the past two weeks.

TheCable reported how the 23-year-old was arrested in Uganda alongside Tems, a Nigerian vocalist, over their involvement in an unauthorised concert that held on Saturday at Ddungu Resort in Munyonyo, Kampala City.

The singer was, however, released on Tuesday after he was initially remanded in police custody for allegedly flouting the protocols put in place by the Ugandan government towards curbing the spread of the COVID-19 pandemic.

A look at the numbers on the Turntable Chart shows ‘Godly‘, a 2020 song by Omah Lay, ranking number one.

The single has also maintained first place for the chart’s week of December 8 and 14 to beat ‘Infinity’, a song by Olamide (in which he also featured), a Nigerian rapper; and ‘Jowo’, the second track of Davido’s ‘A Better Time‘ album. 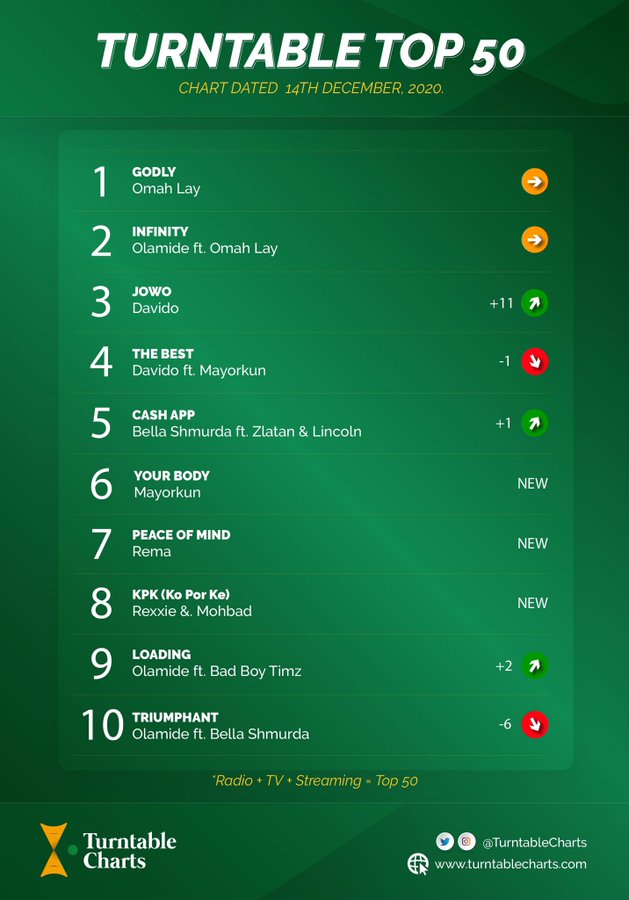 Listen to ‘Godly’ below:

LISTEN: Tekno wants you to do the dirty dance in ‘Uptempo’